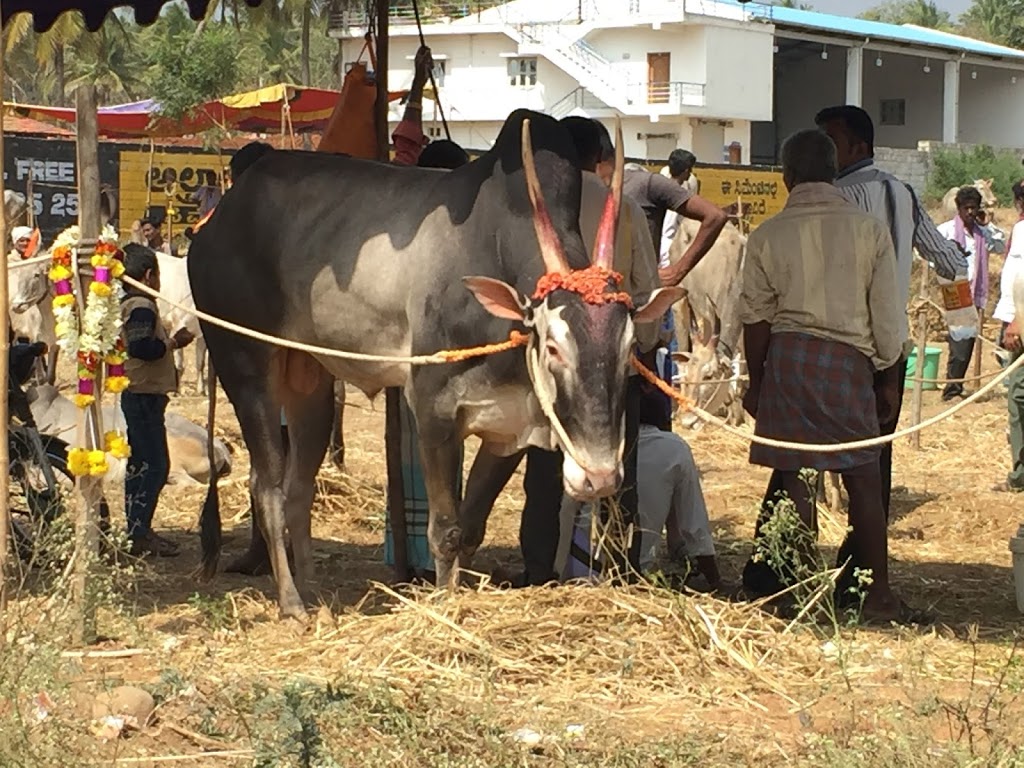 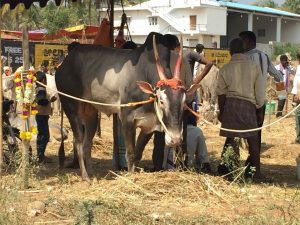 Still thrilled about the tiger we sighted in the Mudumalai Reserve, we leave for the former princely state of Mysore. En route, we see prize buffaloes being bathed in milk for Pongol, South India’s “Thanksgiving” celebration. 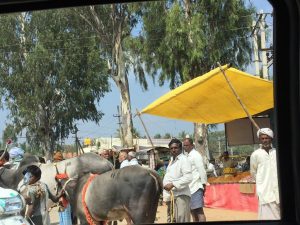 Our first stop is the 18C summer palace of the “Tiger of Mysore”—Tipu Sultan, who ruled much of South India during a long struggle with the British East India Company. 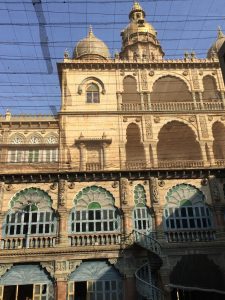 Inside, wall paintings depict great battle scenes between the “Red Coats” and the ruler’s troops, including those of his French allies, on war elephants, camels, and horses. 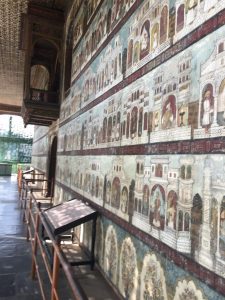 Surrounded by fine gardens and a deep veranda, the teakwood palace is a small jewel, faceted with intricate carvings, moldings, and archways. We are enveloped by rich colors, floral motifs, and detailed frescoes. 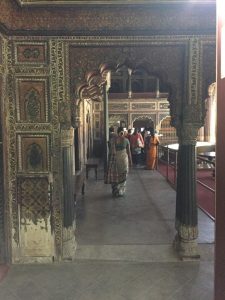 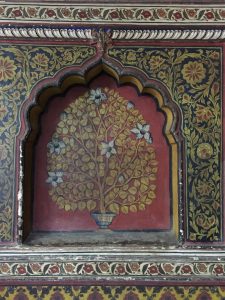 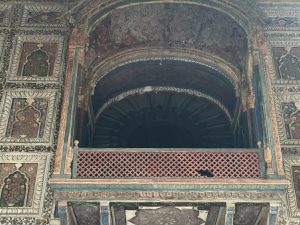 While the Summer Palace is refined and gemlike, the Mysore City Palace overpowers with grandeur. Beyond the gates, we tour the former royal abode, a world of staggering wealth and opulence. 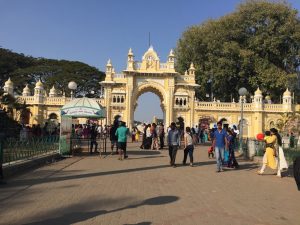 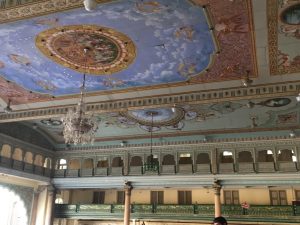 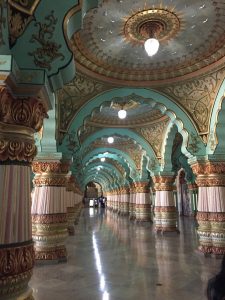 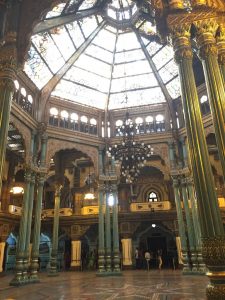 In the garden with some new friends. 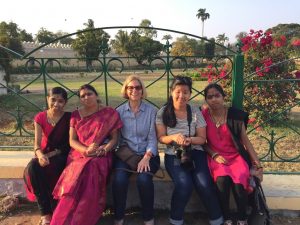 Every Sunday, Mysore Palace dazzles with a world-famous light show. We circle around for another gate with the perfect view, then wait for dusk. 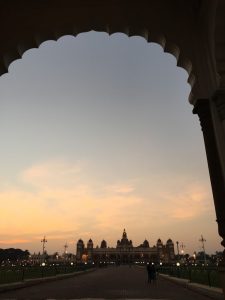 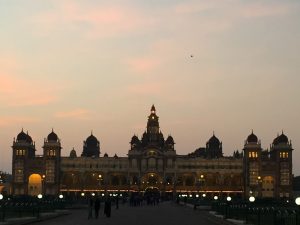 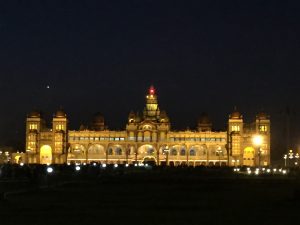 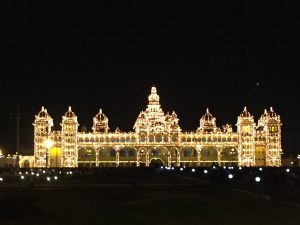 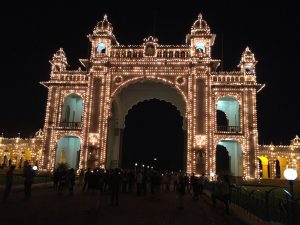 And the palace temples. 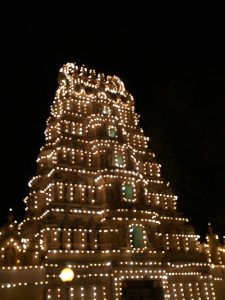 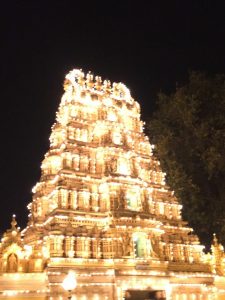 We are not alone, joined by mostly Indian crowds, families who have traveled here to see the breathtaking sights. As we must leave tomorrow for Bangalore and the airport, we celebrate with them the grandeur that is India. 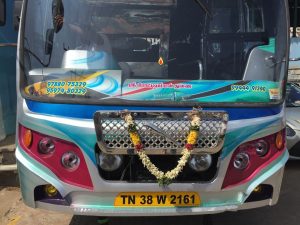 Dear India: See you next time!