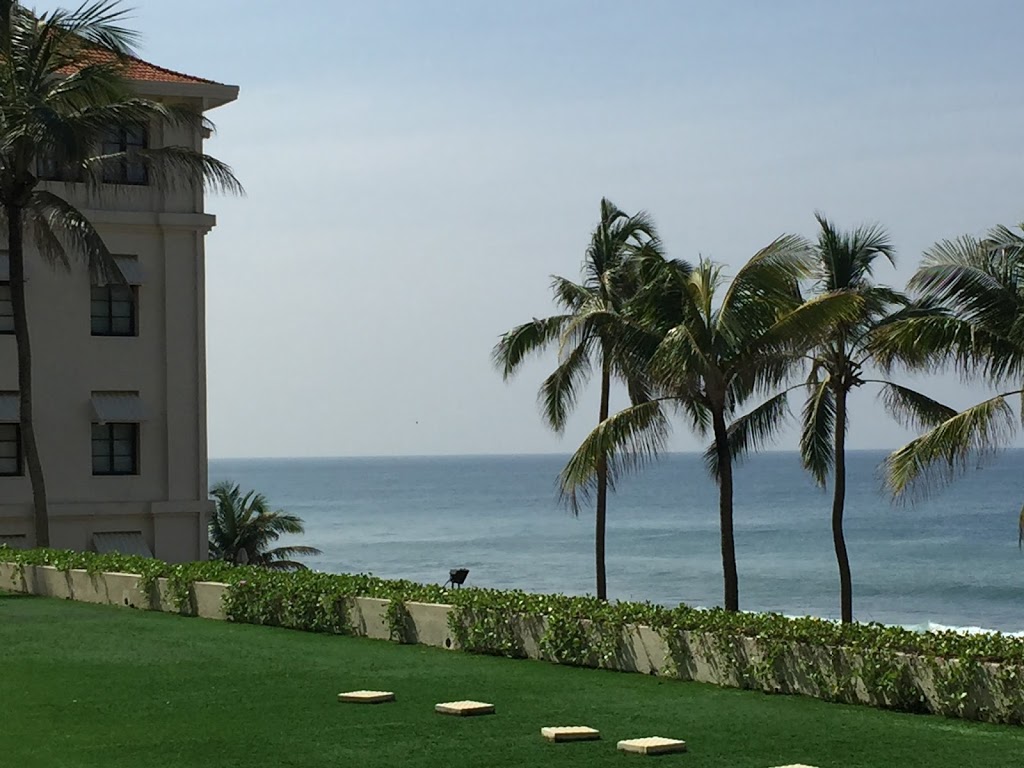 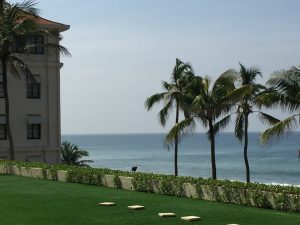 On arrival, like many of the characters in my WW2 spy novel–including Lord Mountbatten himself–I check-in at the Galle Face Hotel in Colombo, capital of Sri Lanka, then known as Ceylon. Having written a first draft and read multitudes of books, I’ve come to discover their world. Despite modernization, much of the land remains as it was. 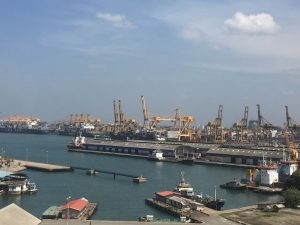 The 13th C Chinese Emperor, Kublai Khan, sent Marco Polo here to seize the tooth of Buddha, one of Buddhism’s most sacred relics. Although unsuccessful, Marco was smitten by “Seilan.” Over the centuries, many other explorers and invaders would covet this island paradise, located in the middle of trade routes between China and the Middle East. 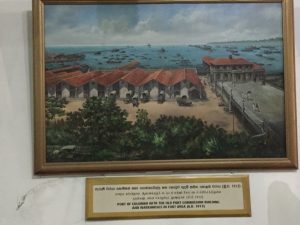 The Maritime Museum shows the evolutions of the harbor over time, along with old ships, maps, paintings, and unique artifacts… 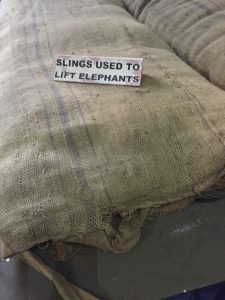 Across the road is one of the Buddhist shrines and temples that dot the landscape, including along the railway lines, sometimes the only lights in the darkness. 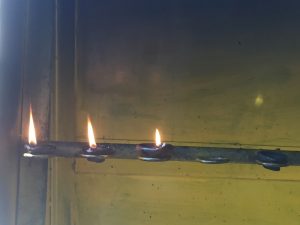 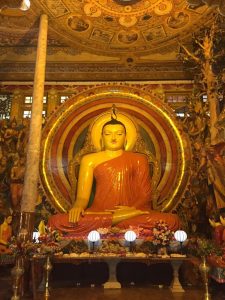 Buddhism and Hinduism are interwoven in the cultures of Asia. At Colombo’s Gangaramaya temple, Ganesha holds a place of honor just outside the soaring inner shrine to Buddha (above). 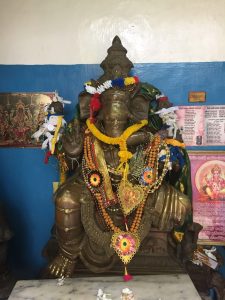 In the courtyard, visitors circumnavigate the holy bodhi tree, watering it and praying. 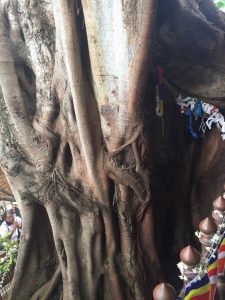 Our next destination is Galle on the island’s southern tip. For sightseeing and escaping the tourist bubble, nothing beats train travel, cheap here, with extensive routes. However, obtaining reservations and tickets is not easy, entailing last-minute queues at the railway station. I hope this guy made it! 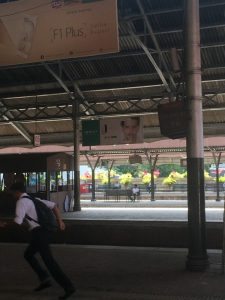 Once boarded, we settle in to enjoy the magnificent coastal views. 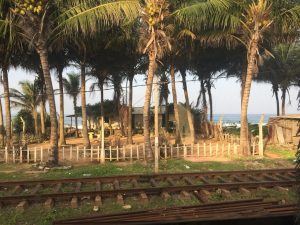 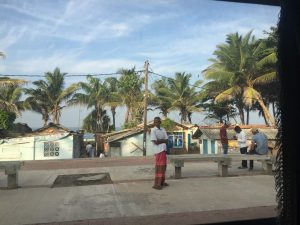 Galle is a former Portuguese port, and its walls have survived time, conquest, and the 2004 tsunami, which took over 30,000 lives on this island with 6000 missing. 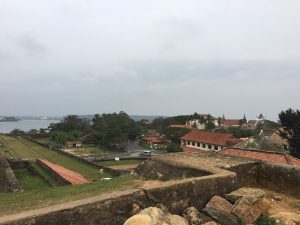 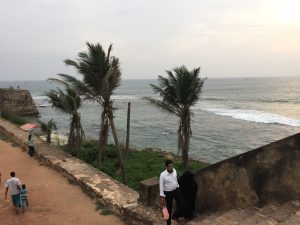 People arise early in the tropics and we boarded more than one train before dawn–including New Year’s Day! 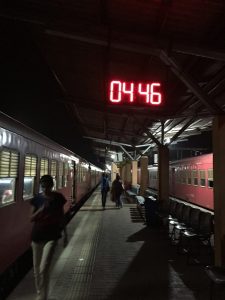 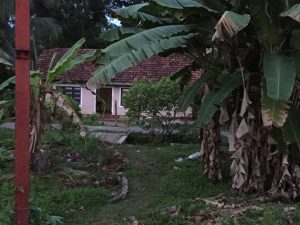 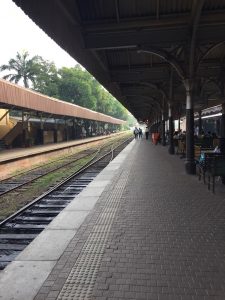 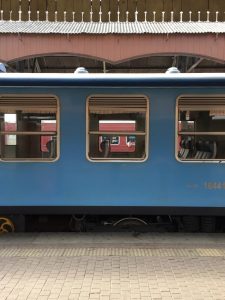 Later that day, we reach Kandy, the holy city of Sri Lanka. Across from our hotel, Queen’s (a major setting in my novel), is the Temple of the Tooth, custodian of the sacred relic that Marco Polo sought for the “Great Kaan.” 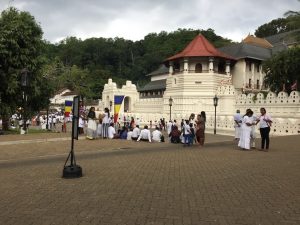 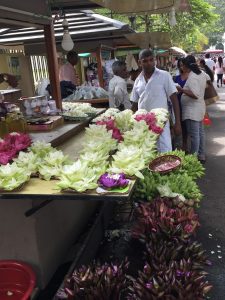 Little did we know that the Sinhalese throng to this temple for New Year’s purification rites. Swept along with the crowds, we are ready for 2017. 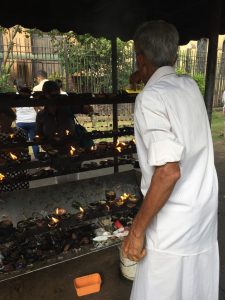 Next stop is the Queen’s Hotel bar, renamed for war leader Mountbatten who was based in Kandy, along with members of the British and US intelligence agencies–including my characters. I toast them, spirits to spirits. 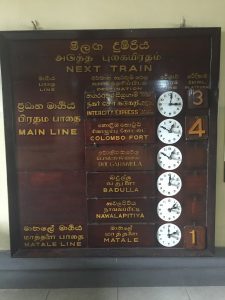 Next: In Search of the Past: Kandy and the Mystery of History https://dianarchambers.com/2017/02/09/in-search-of-the-past-part-2-kandy-and-the-mystery-of-history/