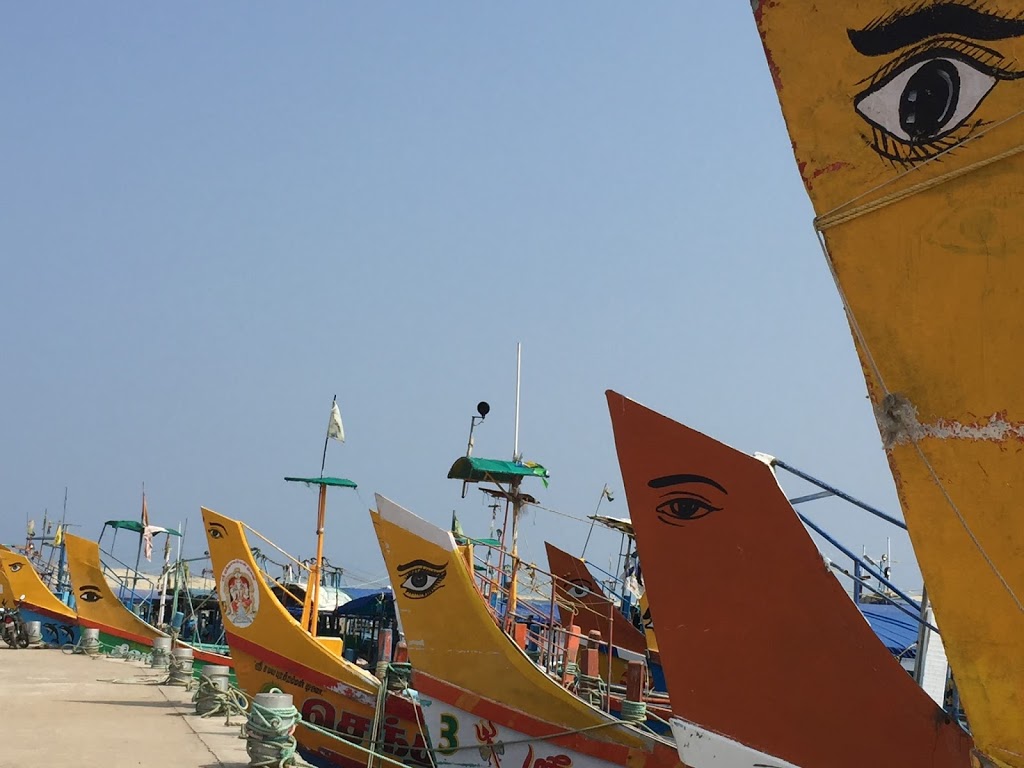 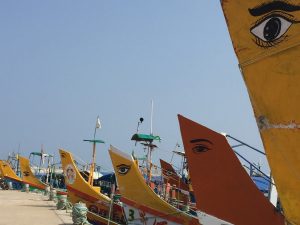 The Coromandel Coast of India. Doesn’t that sound romantic? It always did to me, a realm of spices, silks, and warm sea breezes. During the European colonial period, the two main ports were British Madras and, further south, French Pondicherry. 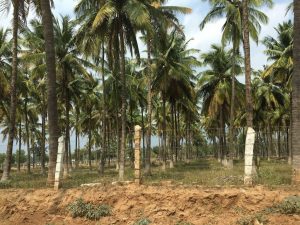 During World War II, my novel’s character traveled by train south along the coast to Ceylon. Eager to follow her route, I’ve been trying for months to book seats. But even here, I am unable to crack the arcane procedures of Indian Railways, which, despite being the world’s eight biggest employer, seems to have little interest in actually selling tickets. 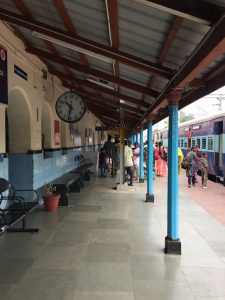 Although I haven’t given up, for this leg, at least, we will go by car. A few hours later, we arrive in Pondicherry, now called Puducherry. Our heritage hotel, Le Coloniale, formerly a private estate, has elegant period decor and a lush garden. 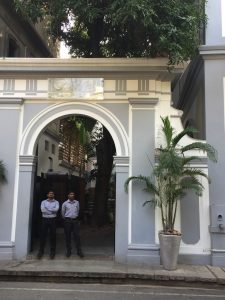 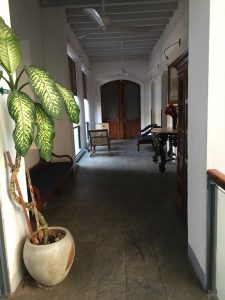 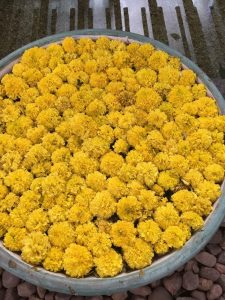 Once here we’re eager to explore and begin by tuk-tuk. On the beachfront Promenade, we pass a statue of Gandhi. 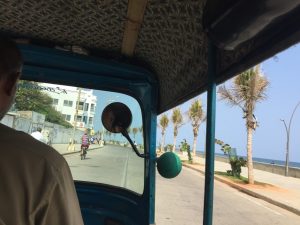 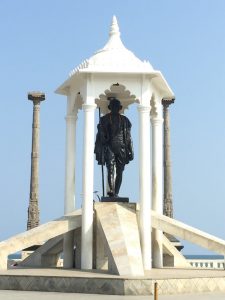 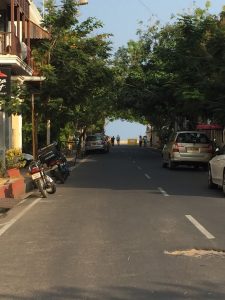 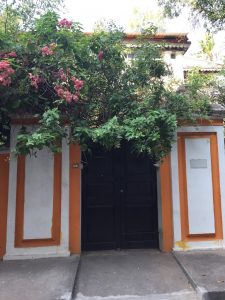 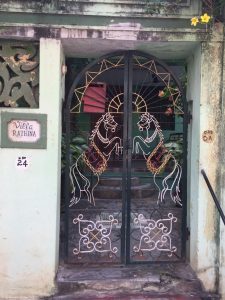 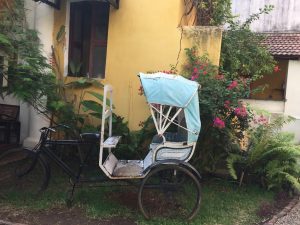 We continue on to the port. 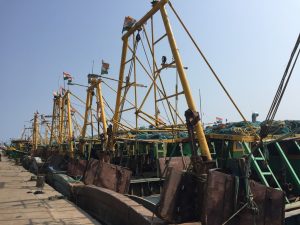 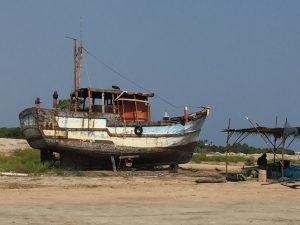 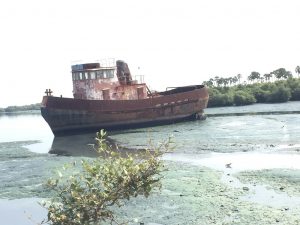 Then we’re off to the countryside to visit Auroville, a spiritual community based on the utopian ideals of Sri Aurobindo and Mirra Alfassa—the Mother. 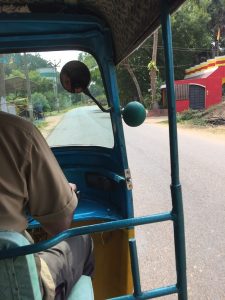 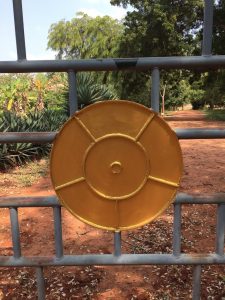 The path to the Matrimandir Temple. 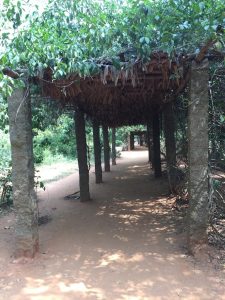 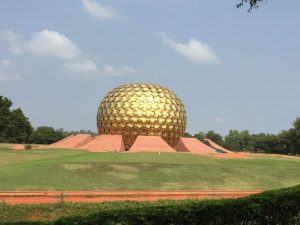 The next day I explore French Town’s small, leafy streets on foot. Some of the shops feature fabulous art pieces. I am smitten by this reclining Ganesha. 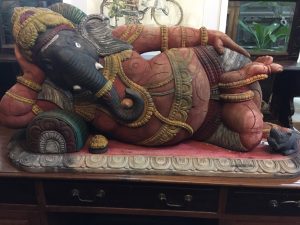 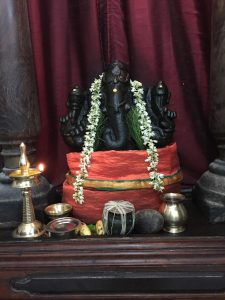 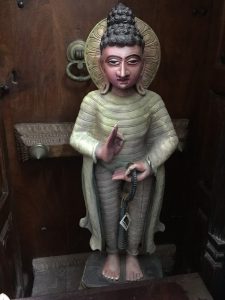 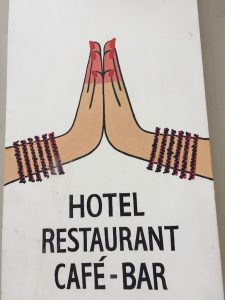 After a hot day of exploring, it’s a pleasure to return to Le Coloniale, our biggest decision whether to eat in the courtyard or chic resto-bar. 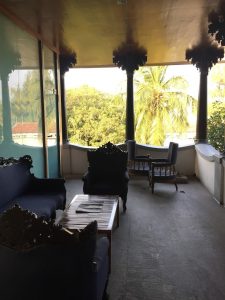 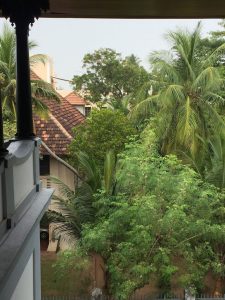 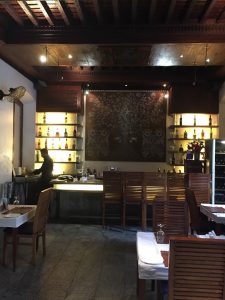 Too soon we must leave Puducherry. We will drive across South India to Coimbatore—my last chance to obtain tickets for the steam train of my dreams. Filled with foreboding, I prepare for another encounter with the daunting Indian Railways. 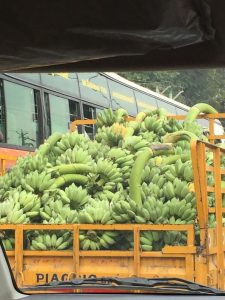 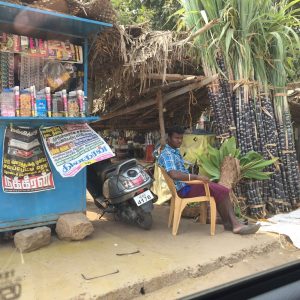 Sugar canes are everywhere, in preparation for Pongal, the South Indian Thanksgiving. 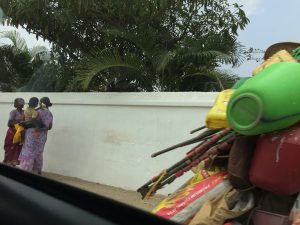 Next stop: The Steam Train to Ooty