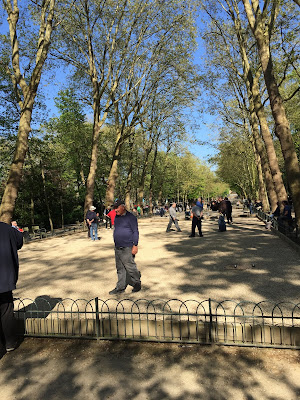 We were coming to the end of our Paris stay. I barely stopped those last few days, visiting and revisiting my favorite places, wanting to imprint everything in my heart. I had walked through the Luxembourg Gardens several times already, this would be my last. A brief stroll on a beautiful afternoon, the park incandescent. 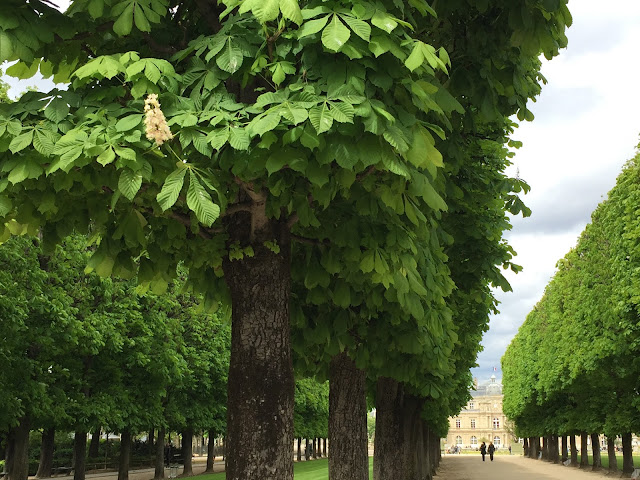 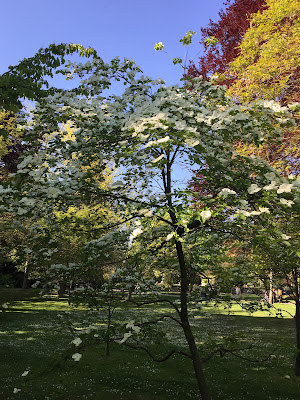 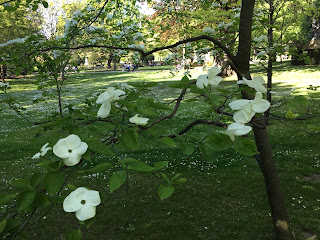 After the park, I always pass by St-Sulpice. One year we saw Madeleine being filmed here. I love the square, the lion fountain, the promise of St-Germain. 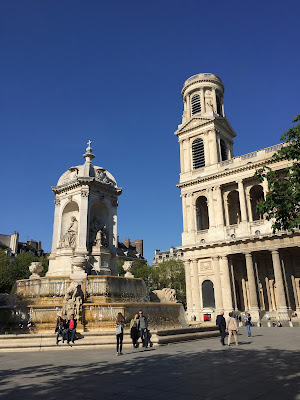 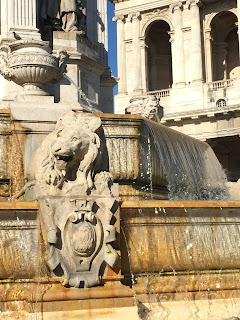 I did not return to Ile St-Louis, another old home where one winter we marveled at snow-covered primroses on a balcony that overlooked what was then a narrow lane lost in time. This trip we were staying near Canal St-Martin, where Brooklyn meets Paris. But the quartier is fun to wander, and the canal is a wonder. It is always a thrill to watch the locks open and close. 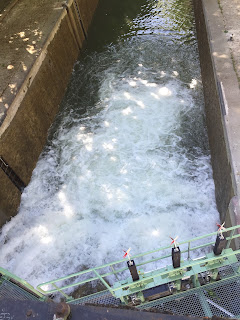 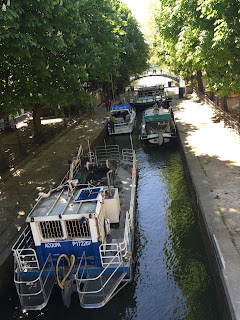 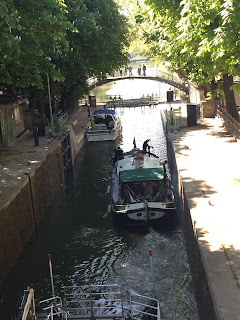 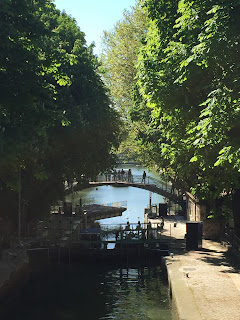 At the bridge, I enjoyed more street art. 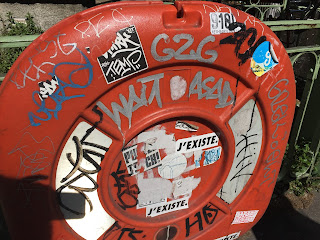 On the other side of the canal, Hotel du Nord remains as it always was (almost), the setting for the 1938 classic film. 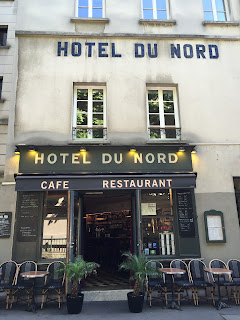 I admired the living wall outside the new Musée Branly in the 7th. 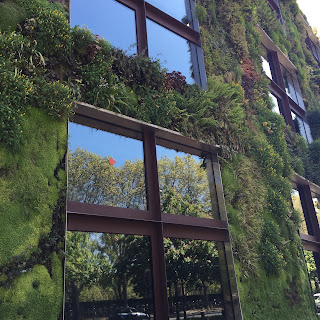 The interior passage leading up to the displays is a river of words in all of man’s languages. 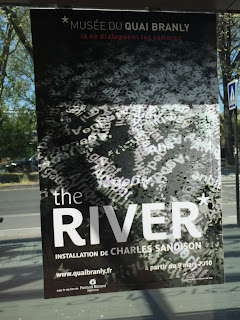 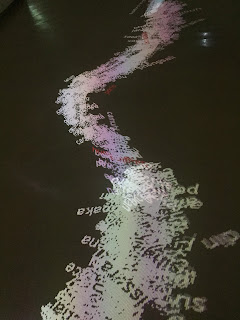 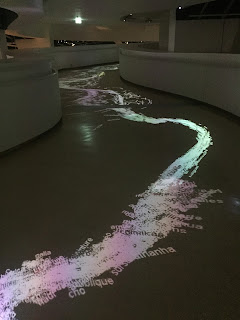 The museum features indigenous art and culture of the last two centuries, and is not to be missed. Below are betel nut crackers from India. 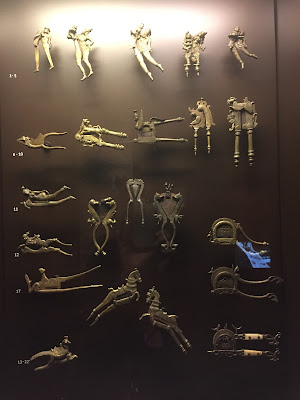 These bangles are similar to the “sun and moon” one I cherish from Morocco. But I forgot to note their origin. By the sequence of the photos they appear to be from India too. I need to return to check their history. 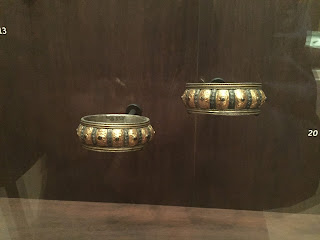 The following is from a special exhibit about identity and the self. 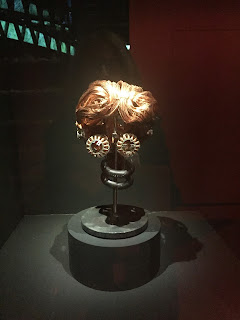 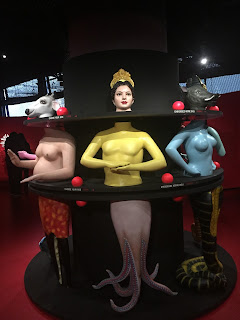 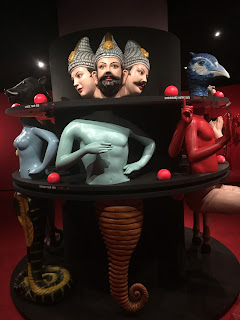 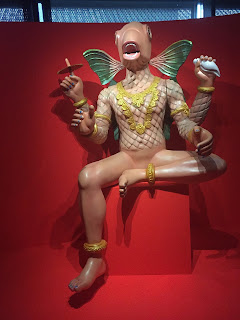 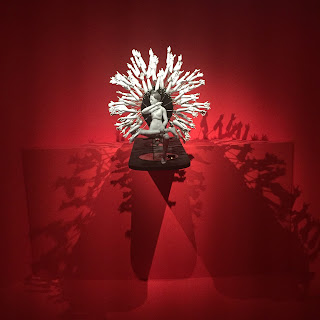 It was April and I swooned over the blooming chestnut trees. 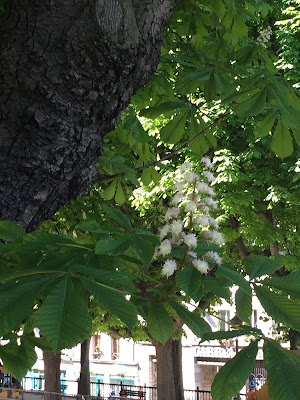 And the bakeries. I fulfilled my noble goal to sample a croissant every day. 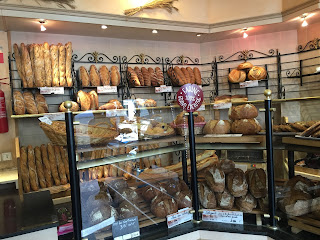 I kept saying this was my farewell Paris tour. Next time, Arles and the south of France where the pace is slower and the people warmer. But writing this, I know that however often I repeat, I’m done with Paris, I know that Paris is not done with me.
I’m not sure I knew it that last day at the Gare du Nord, waiting to board the Eurostar to London. But I know it now. 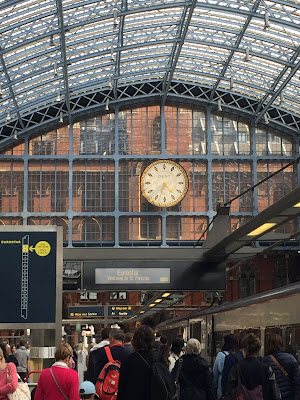 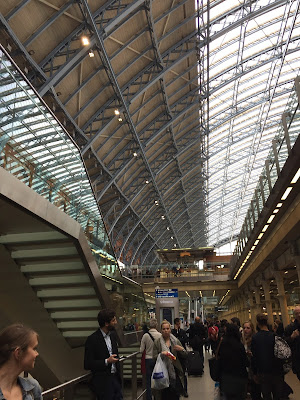