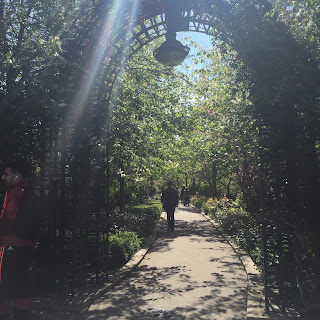 The Promenade Plantée is an abandoned railway line transformed into one of the secret parks of Paris, passing over viaducts and through tunnels. 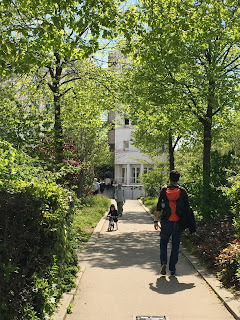 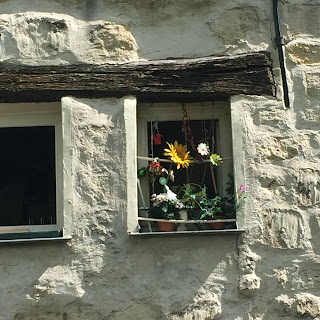 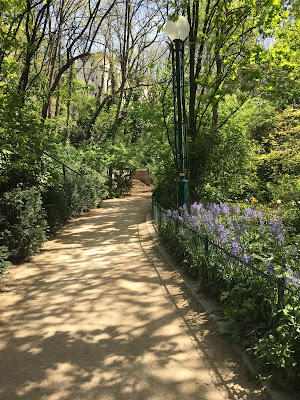 There are wonderful high angles on wonderful buildings. 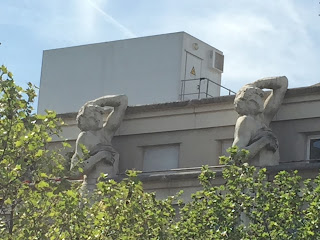 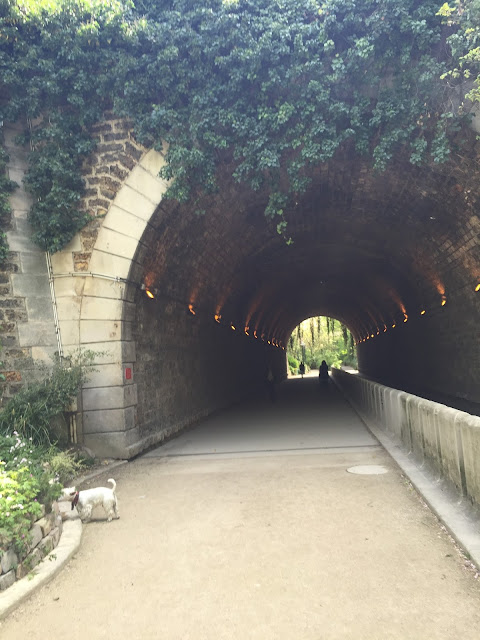 Inside the tunnel, of course, more street art. 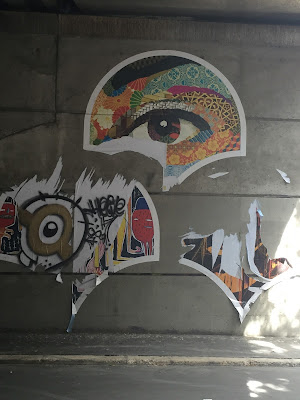 I wanted to return by métro but found myself lost on a deserted street beyond the roaring périphérique freeway. 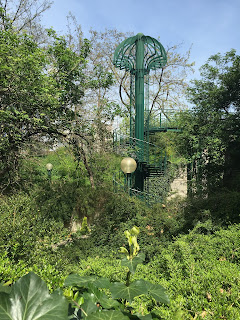 Spotting a postal bicycle like the one in Arles, I asked directions from the cheery post person who set me on my way. And charged a local man to look after me en route. 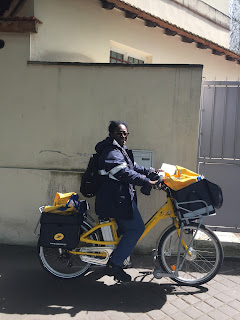 My husband and I had lunch on a cobblestoned pedestrian street just off the Seine. The day was crisp and blue, and we toasted it with rosé. 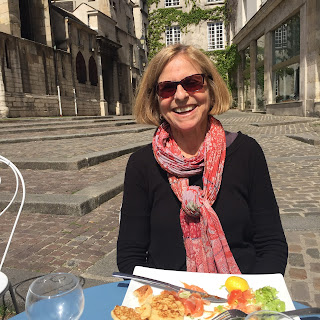 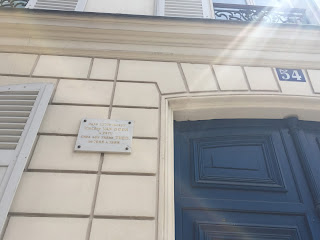 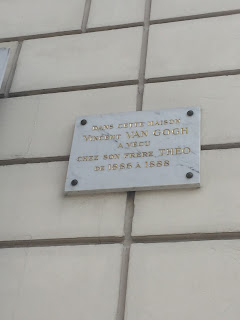 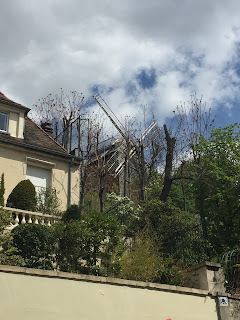 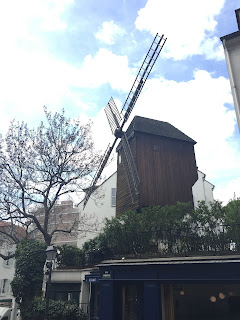 In his day this area was one of farmlands and vineyards. Here is the last vineyard of Paris. 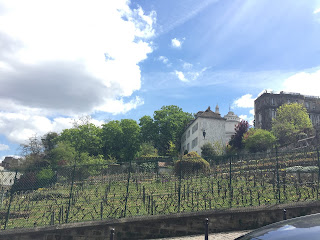 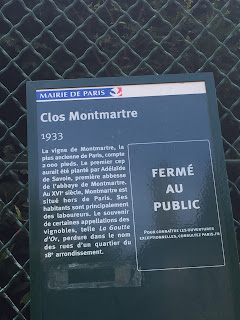 Even today, this remains a quiet suburban neighborhood. 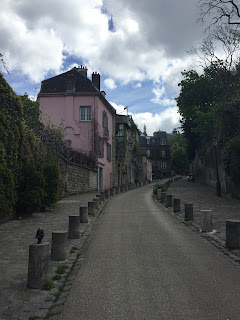 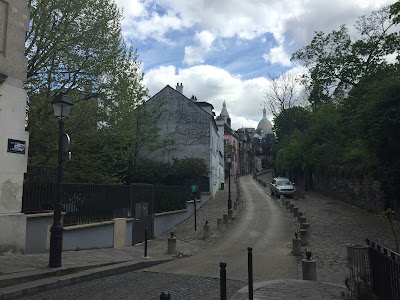 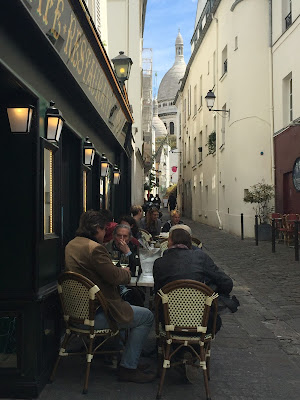 As ever, there are plaques and memorials to Vincent. 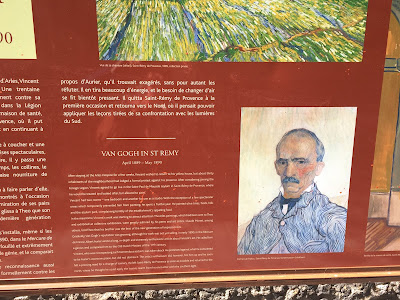 I don’t know; it may be a coincidence, but here is a local street sign. 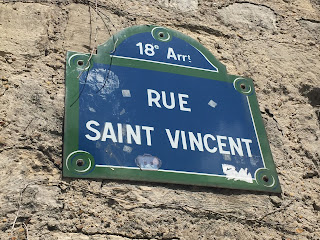 I took the métro to Parc Monceau, which I had not visited since the seventies. Then, I had worked nearby and strolled it frequently. Years later during research for my latest novel, The Ruby Curse, I learned that the maharaja’s grandparents, rulers of India’s princely state of Baroda, had owned a townhouse on a gated street bordering the park. 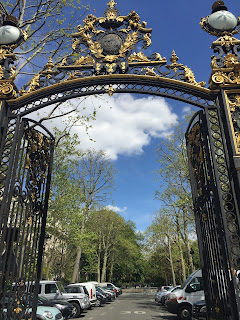 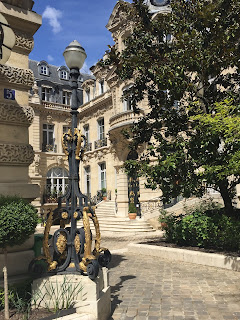 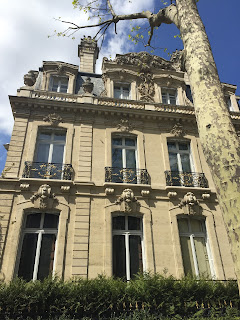 Walking through the park that fine spring day, I retraced the steps of my characters–rising young actress Nancy Valentine and Bhaiya, the Maharaja of Cooch Behar. The scene takes place after Bhaiya introduces his wife-to-be to his very disapproving mother Indira. Sometimes my characters talk to me and today they truly did. 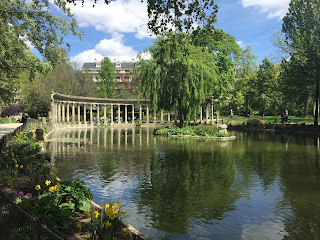 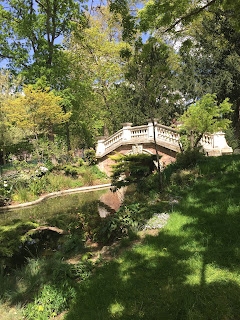 At the end of the street I had to “reflect” before this building. 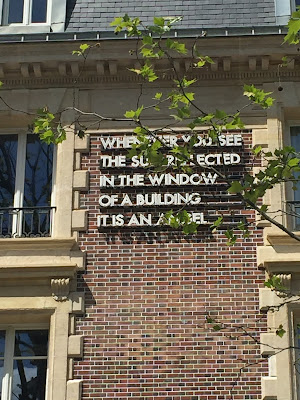 As our departure approached, I tried to pack a lot into these last few days. I took the métro back to the fifth, the Sorbonne area, to retrace other steps, more research. I had heard of this unusual boulangerie and paused to inhale its earthy smell and have a taste. 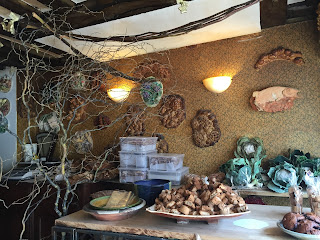 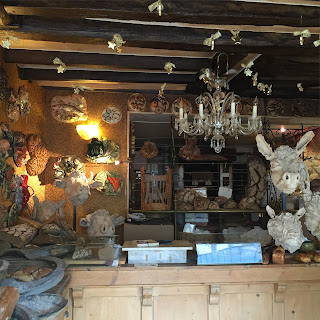 I ended the day in the Marais, beating heart of the eternal Paris of philosophers and poets, idealists and artists, people who live to eat, drink, and discuter. 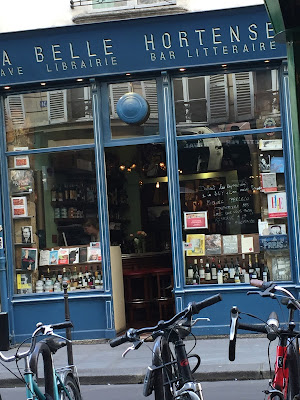