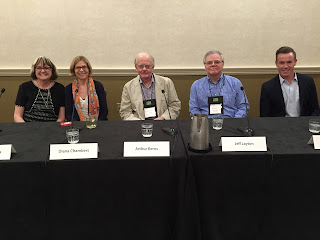 At the Left Coast Crime conference in Phoenix last week, I was assigned to appear on the “I Spy” panel with authors Art Kerns, Jeff Layton, Ryan Quinn, and moderator Annette Rogers. I’m a devout reader of espionage novels and have written a few…which got me thinking about the genre and what it’s really about. Spy fiction fascinates us because it deals with timeless themes of love, power, revenge, greed, ego, sacrifice, both the idealistic and dark sides of our nature. It’s about our world, the secrets and lies, conspiracies and plots that take place behind the scenes and impact us all.
As practiced by Kipling, Joseph Conrad, Graham Green, John Le Carré, and Alan Furst, the genre was traditionally about great power rivalry. The end of the Cold War cracked open the former spy v spy plot line with the emergence of rogue states, international criminal organizations, global terrorist networks—as in The Riviera Contract, by panel-mate Art Kerns—and technological sabotage and espionage, a theme of Ryan Quinn’s End of Secrets, about a rogue domestic spying program. Even former ideological enemies may find themselves on the same side as in Jeff Layton’s The Good Spy. 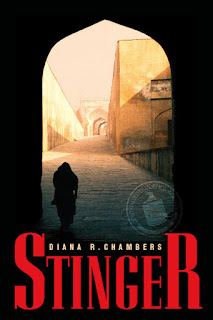 My novel, Stinger, is an end of the Cold War spy thriller set during the Soviet-Afghan War in the mid 1980s. The action opens with the disappearance of six U.S. Stinger missiles that have secretly found their way to Peshawar.
How did I become interested in this genre? I started traveling at a young age, and the places I had read about or even truthfully never thought about became real. Their peoples became real. I will never forget Mohammed the waiter in Gilgit, in Pakistan’s far north, who took us to his home where he introduced us to his wife and daughters and served us tea under a picture of Ayatollah Khomeini, and yet he was not our enemy. We are all humans after all. I think about him as a minority Shiite in Pakistan. What has happened to him under Taliban control?
So I started reading the newspaper differently. And stories started to emerge, conflicts, characters. An article about a collegial meeting of former spies in SF led directly to Stinger.
I’m interested in the cusps of history and how the intrigue and conflicts affect my characters, e.g., a Hollywood actress and Cambridge-educated Maharaja at the end of the British Raj in India (my not yet published novel, The Star of India); an American businesswoman and Russian music conductor during the desperate last days of the Cold War in Russia (another new novel, A Conspiracy of Lies). And in Stinger, the last battleground of the Cold War, the conflict of a rogue CIA officer and SF journalist, each with secret agendas.
I’m interested in borderlands and often there’s a place on a map that calls to me. For Stinger, it was the Khyber Pass and cross-border tribal lands of Afghanistan and Pakistan. The Mekong region of SE Asia was the focus of Into the Fire, my latest book. After her adopted Chinese daughter is kidnapped, a woman reunites with her former case officer to mount a desperate search that takes them up the Mekong into southern China.
At the conference, I met author Chris Holm. His tattoo has become my motto. 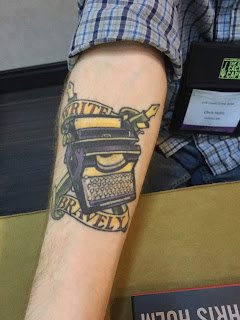