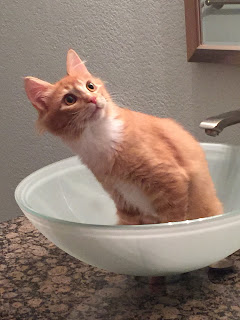 At our last book club, a friend mentioned the feral kitty she’d trapped, a little orange fellow about three months old. Two days later, he had moved in to our house. Thus ensued the Great Name Debate. We liked Mango for the color and associations with India and our favorite fruit. 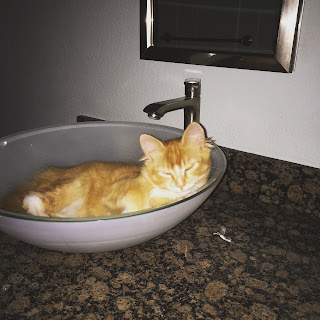 Then the Daughter decided the name was too cutesy. Following more lengthy debate, we settled on Marco Polo, which also worked as I knew him from past life on the Silk Road. Or maybe I was him.
Like his namesake, Marco is a gutsy character. He does not take no for an answer. Doing what he wants, when he wants. For those with feline experience, this should come as no surprise. However I’ve never had a cat and find him endlessly entertaining with his stalking-sharp eyes, determined pounces, and strong will. His energy! 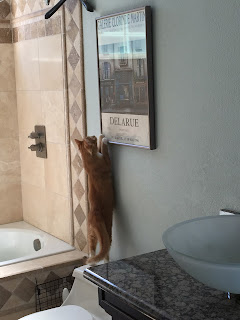 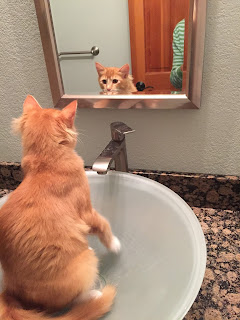 He lives upstairs in the college Daughter’s bathroom, jumping over the gate after three days. 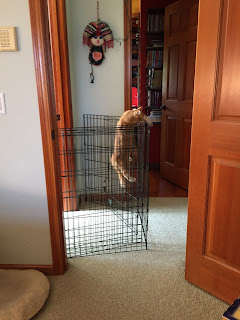 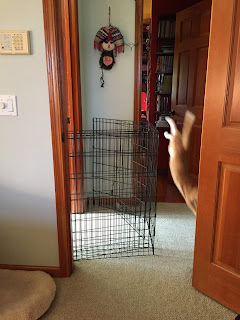 This led him into our bedroom, Daughter’s bedroom, and my office. 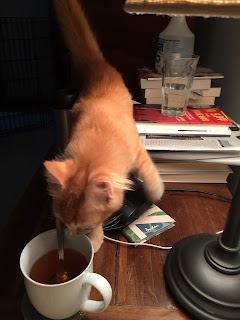 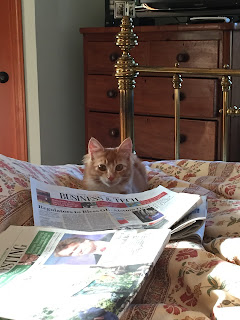 There have been incidents with our twelve-year old mutt, Daisy Mae, an only “puppy” until now. It has been traumatic for her, especially when Marco leaps on the bed which has been denied her all these years. I think Daisy doesn’t know what hit her, so we are giving our girl lots of extra love. 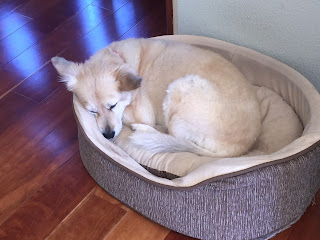 Marco is inquisitive about her too, but Daisy has remained aloof, refusing to meet his eye. It appears, though, that she is resigned to things never being the same. 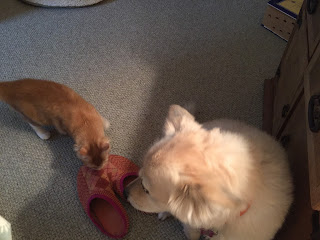 My “trapper” friend tells me that cats born of a feral mother are taught to be wary, stealthy, and sly. Marco is definitely a survivor, always hiding and poking his head out to make sure the coast is clear before darting onward. 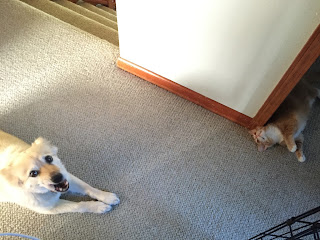 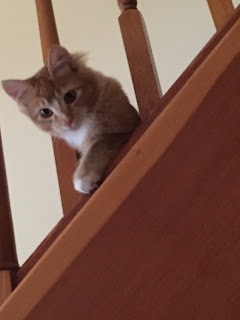 …and began his explorations in the larger world. 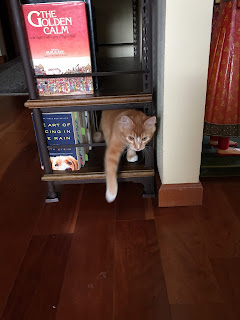 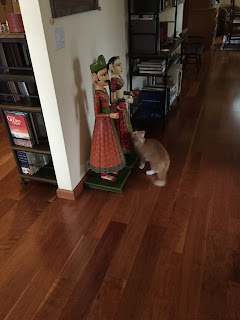 It has been a month now and he is gazing out the window with great expectations. 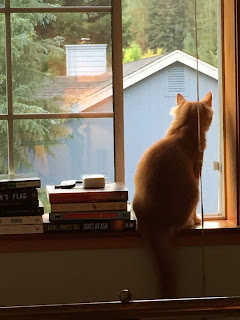 The other day I told my daughter she was right about the name, that Marco is far too determined and tough to be a Mango. 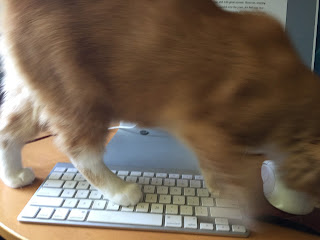 PS. My Turn.
Just checked: She’s writing about me. Again. Has she nothing else to think about it? And all this posing gets tedious. Still, I’ve made a lot of new friends through her. And an extended family on Twitter: My Godmother @LilyMarsWrites, Uncle @michaelmagras, and Auntie @ChristinaHolz, but I like to call her Chachacha. Yesterday I found long-lost cousin @nandelabra, Nandini to you. Eternally grateful to my foster mom @YogaWithCheryl ❤️❤️

So, in gratitude, I’ll give her some notes. 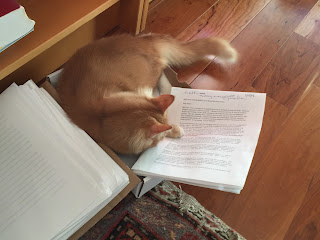 And in the hope of peace in our times, I’ll reach out to Daisy. 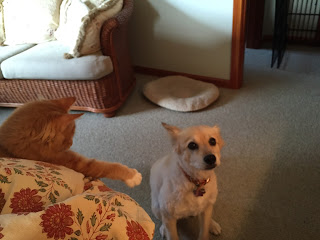