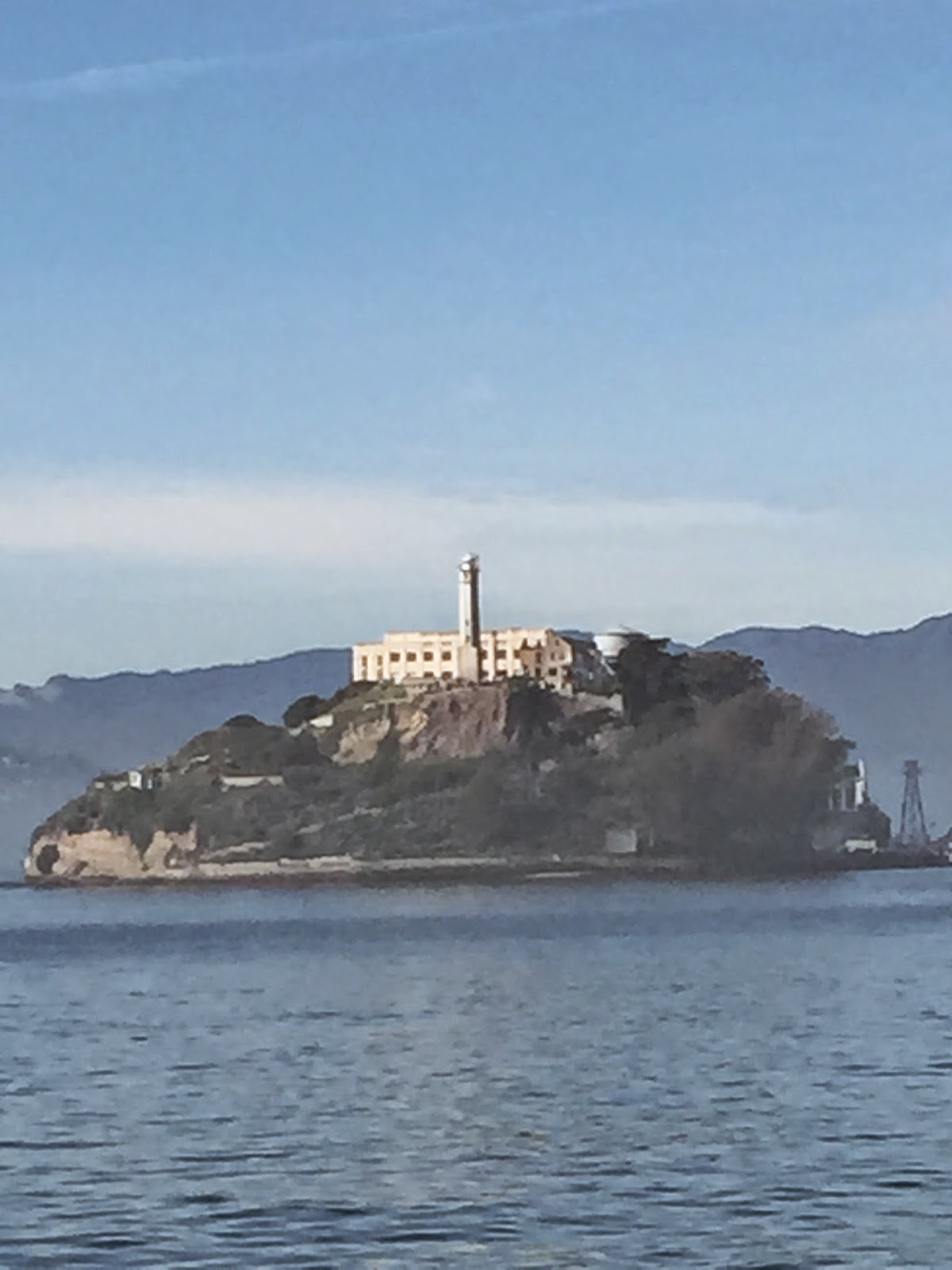 Have you ever spent time in a prison cell narrower than the span of your arms? Yesterday we visited Alcatraz Island for the @Large exhibit of world-renowned artist and Beijing Olympics designer, Ai Weiwei, now detained at home, his passport confiscated.

A big man, not one to bow to authority, Ai Weiwei has created his latest installation from inside house arrest in Beijing. 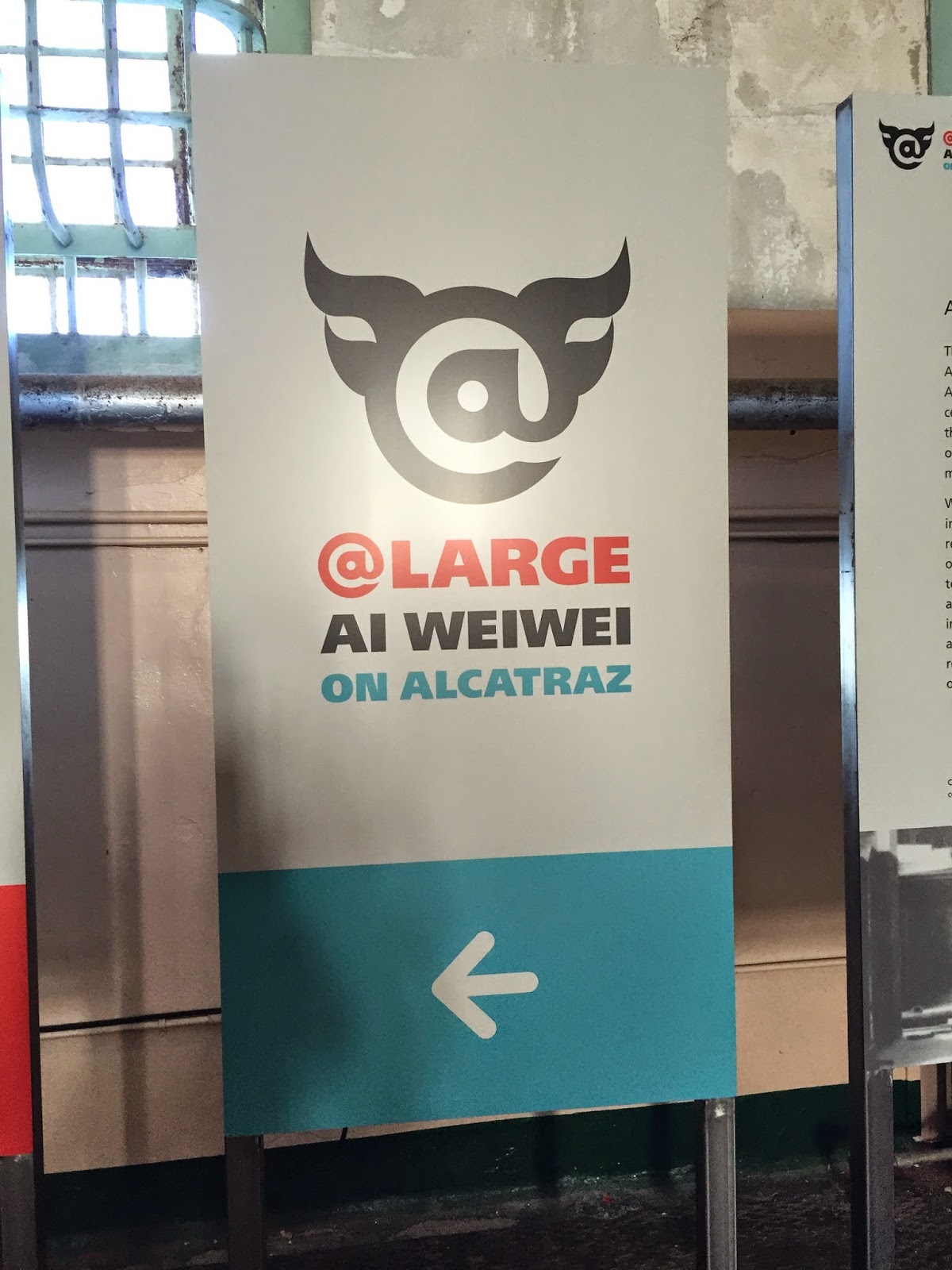 He’s used his experience as a detainee to speak up for political prisoners around the world. With the assistance of curator Cheryl Haines, he created several site-specific installations at the prison, his theme freedom and confinement.

In the former prison dining room, he designed Yours Truly, a display honoring 176 political prisoners around the world. We sit at the tables and write postcards to be collected and mailed. The artist’s goal is to let these men and woman know they are not forgotten. 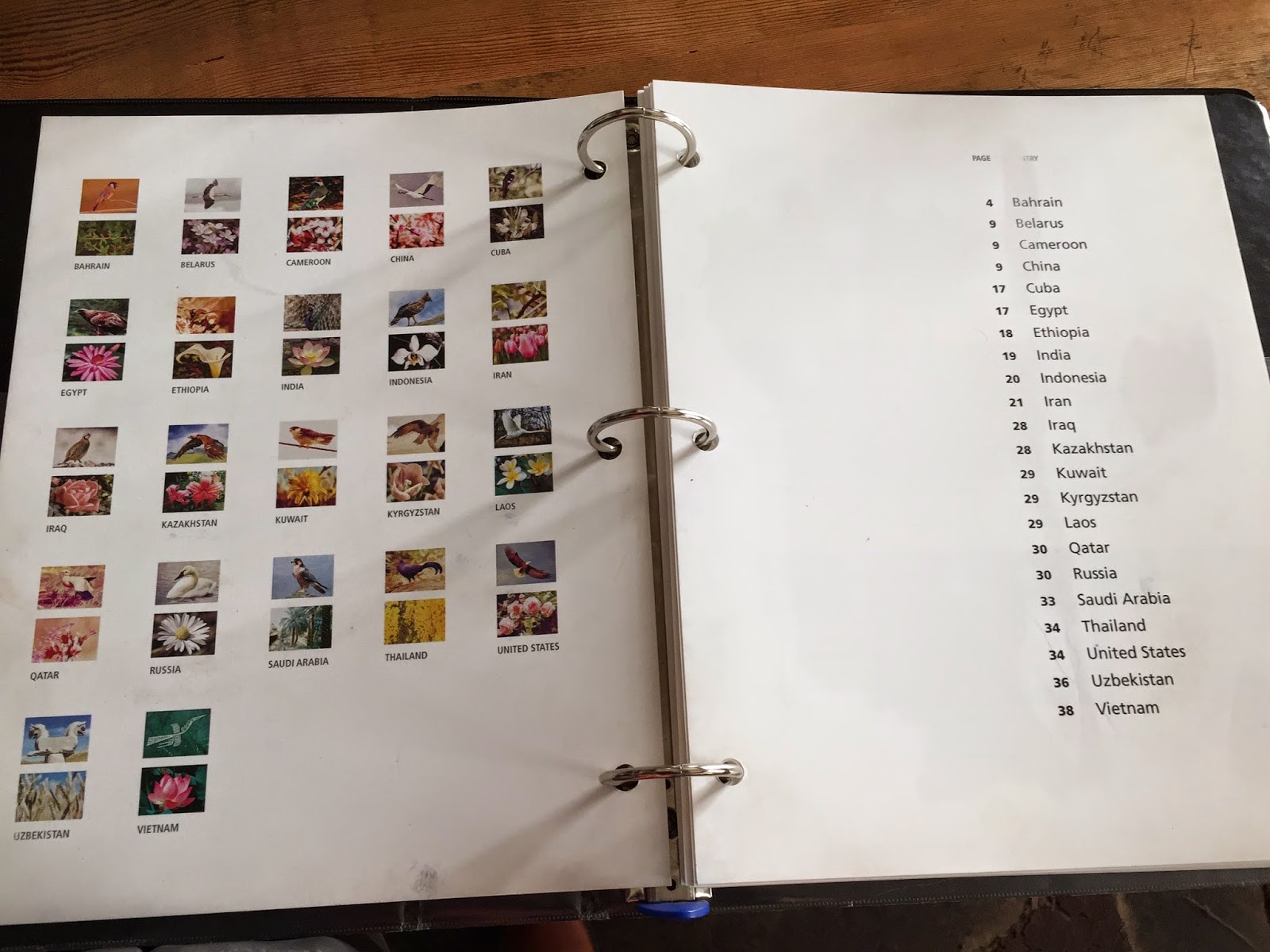 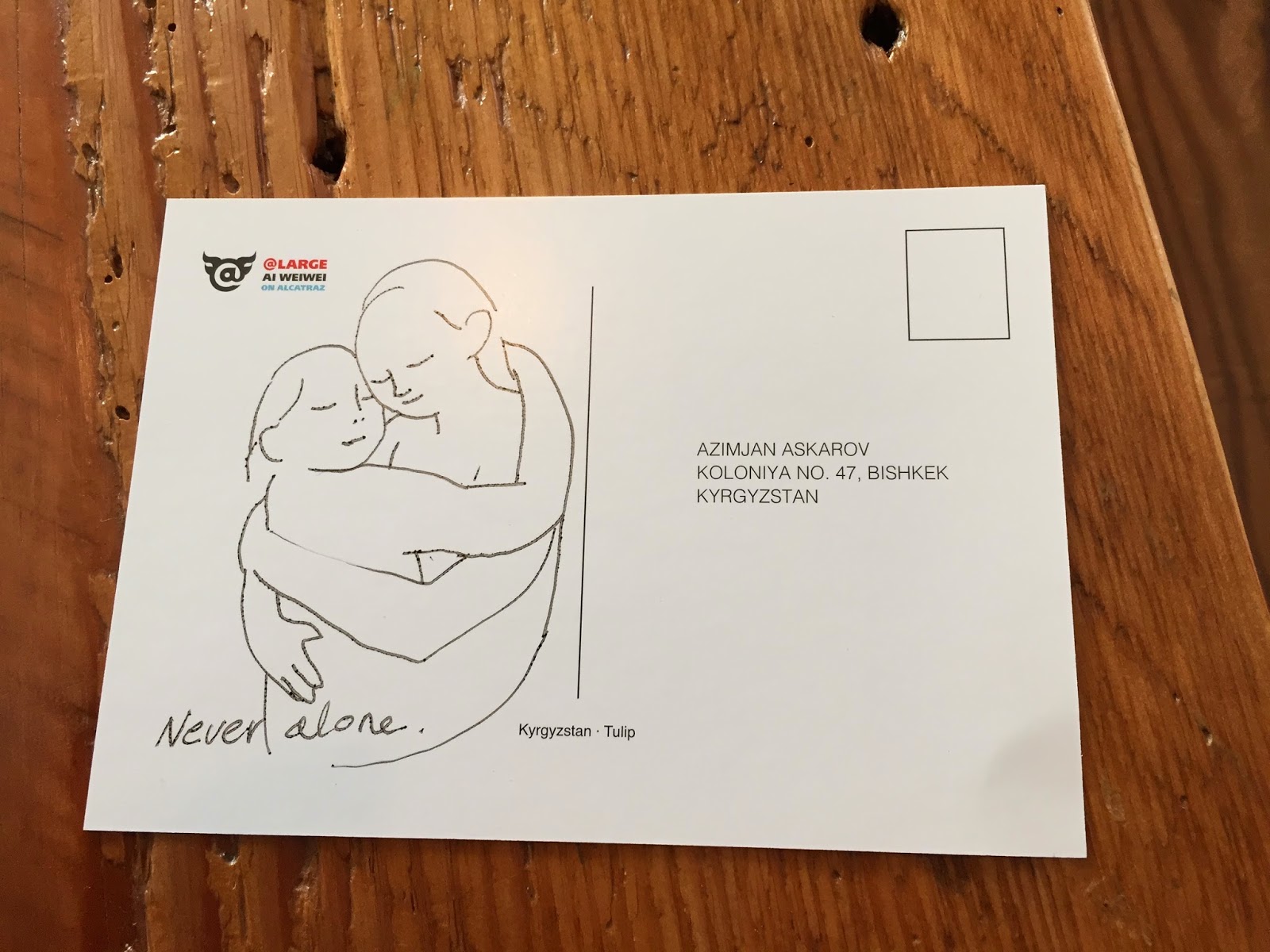 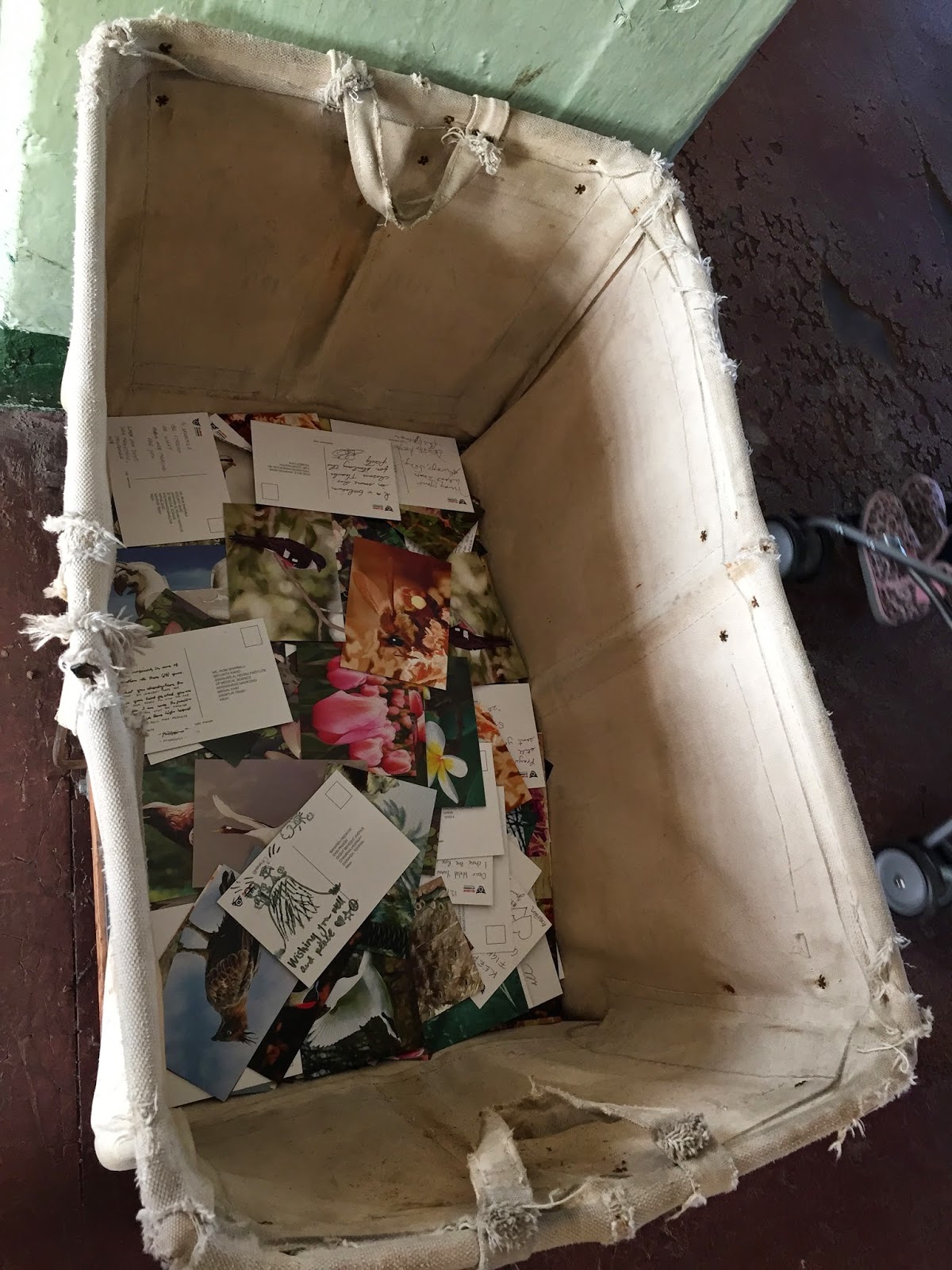 Upstairs in the former psychiatric wing, two tiny tiled cells resonate with music, one Tibetan and the other Hopi. In Illumination, we learn that 19C Hopi Indians were among the first prisoners of conscience here, detained for refusing to send their children to government boarding schools. (Photo from for-site.org). 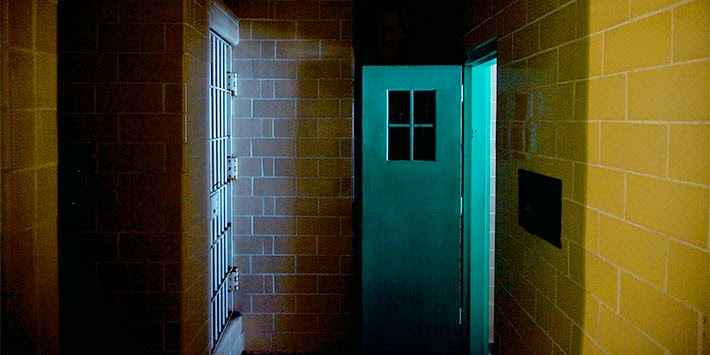 Elsewhere in the hospital, Blossoms brings beauty to grim reality with masses of delicate porcelain flowers, recalling also the 100 Flowers Movement, a brief moment of freedom after China’s Communist Revolution. 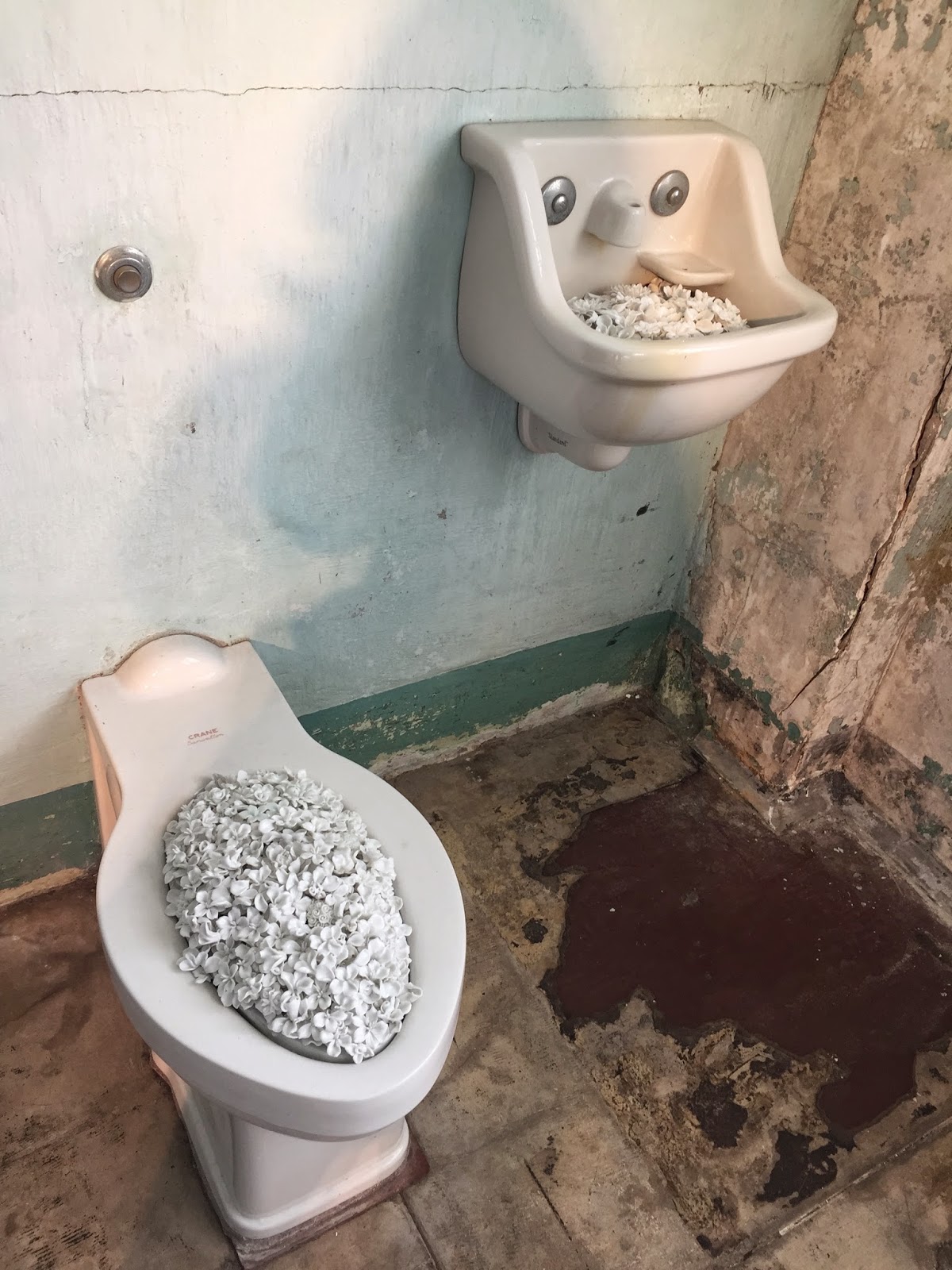 Stay Tuned is located in a series of twelve cells in A Block, featuring sound, spoken word, and music relating to each confined dissident. Inside each cell is a single stool where we sit and try to experience their experience. Among the prisoners represented are Robben Island Singers imprisoned during South Africa’s apartheid era, Tibetan musician Lolo, and Russian punk band Pussy Riot. 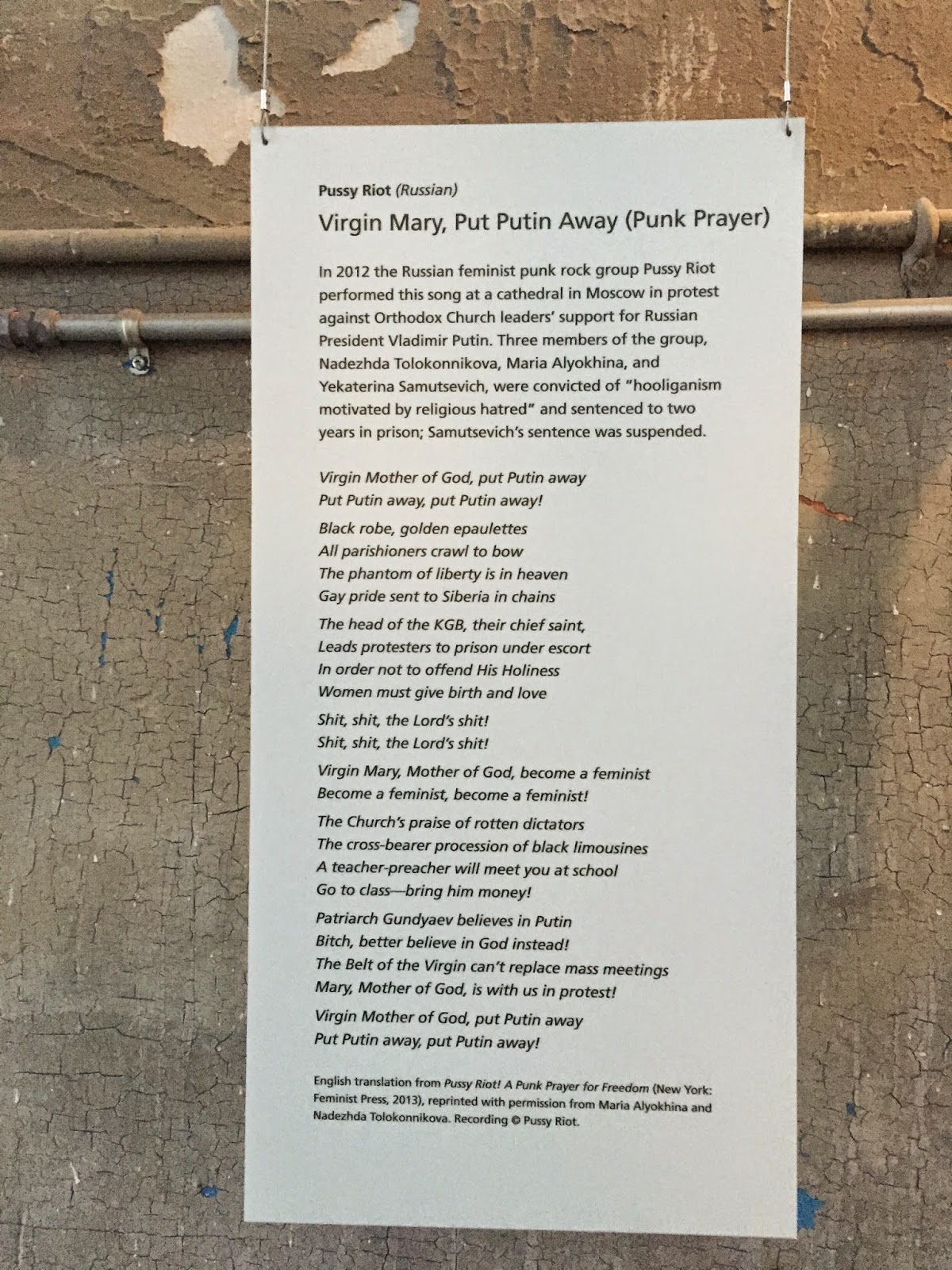 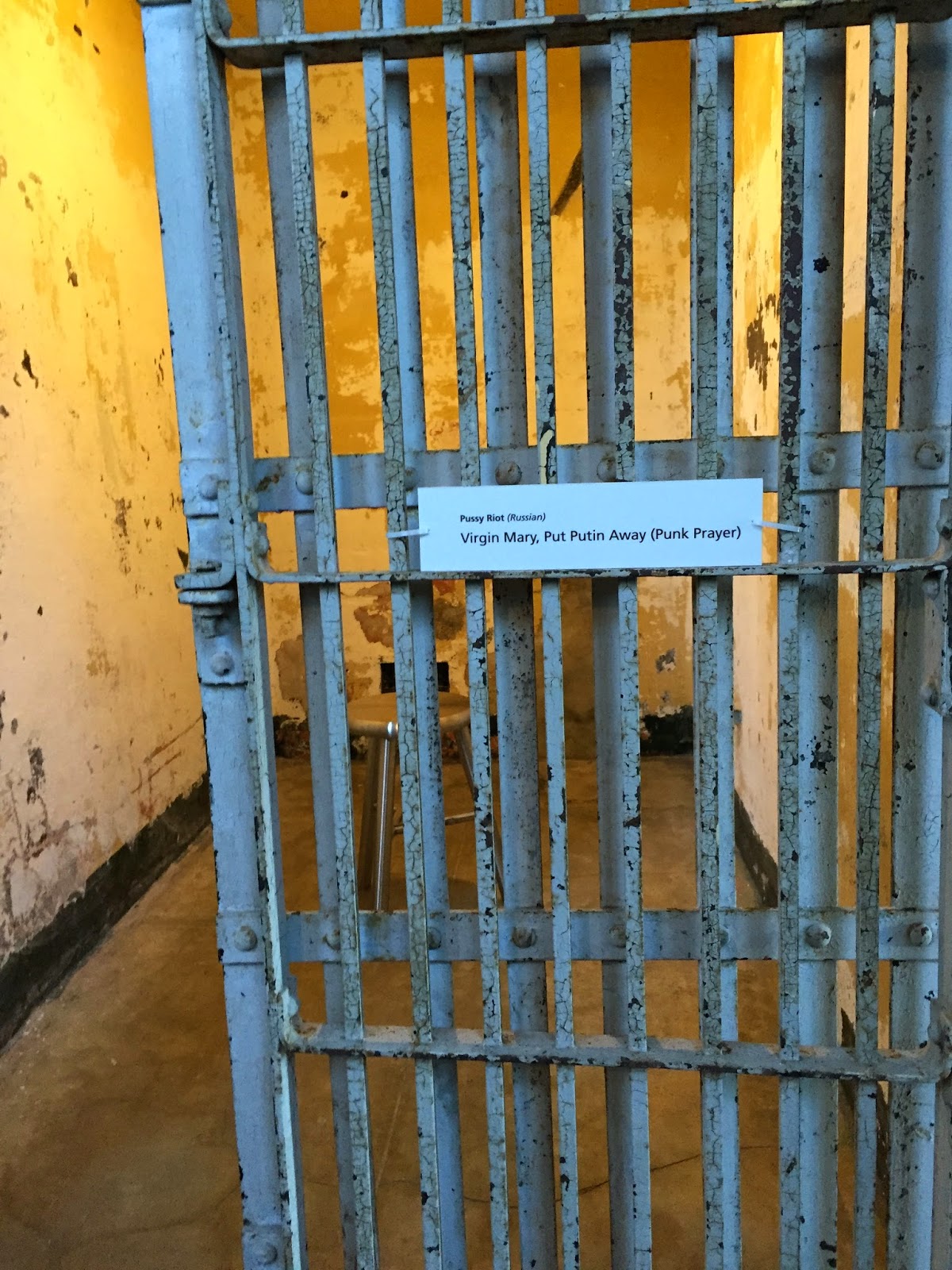 A great Chinese dragon greets us in the New Industries Building for With Wind. 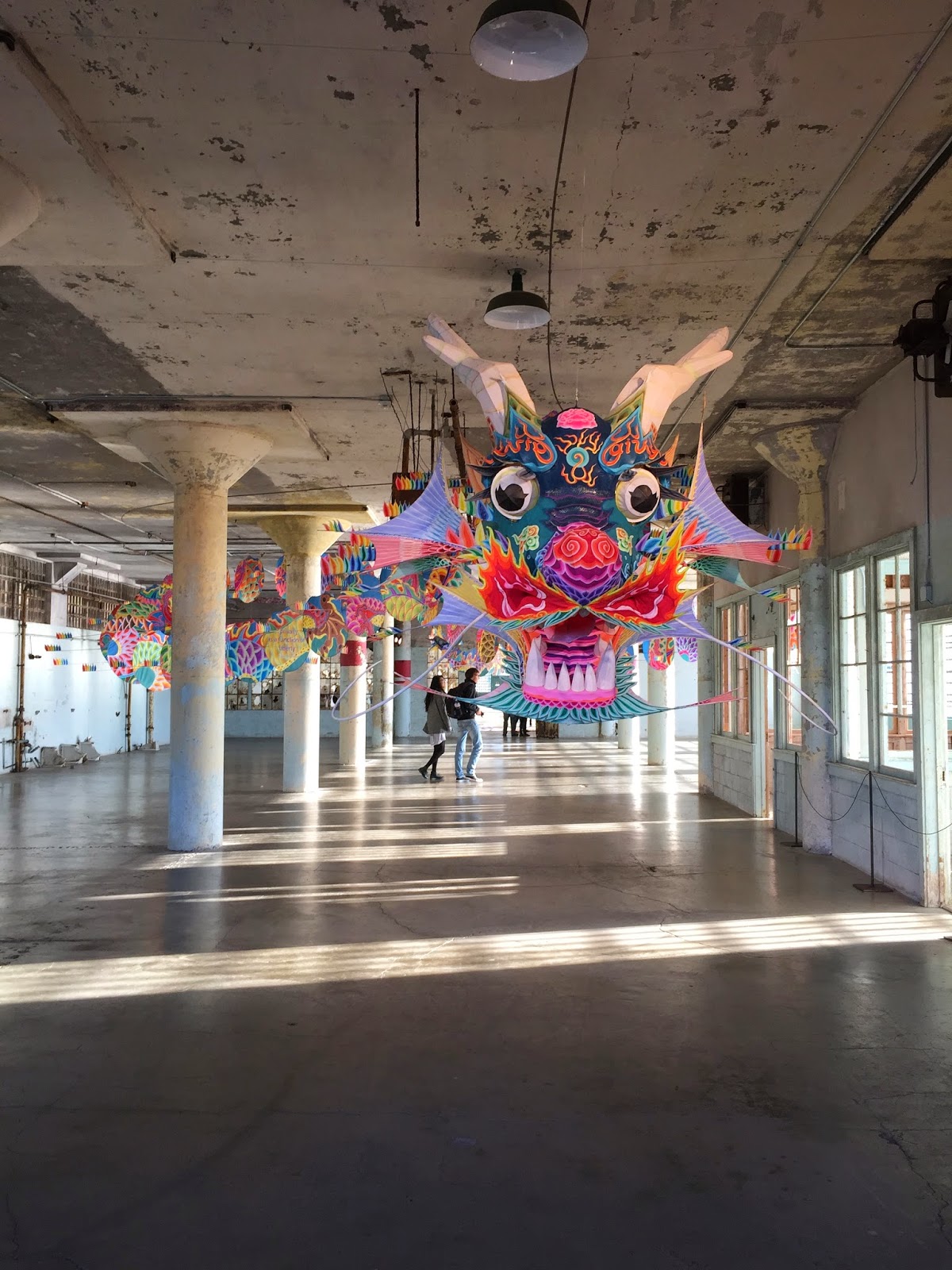 The dragon is composed of dozens of individual kites, many quoting imprisoned or exiled activists, including Ai Weiwei. 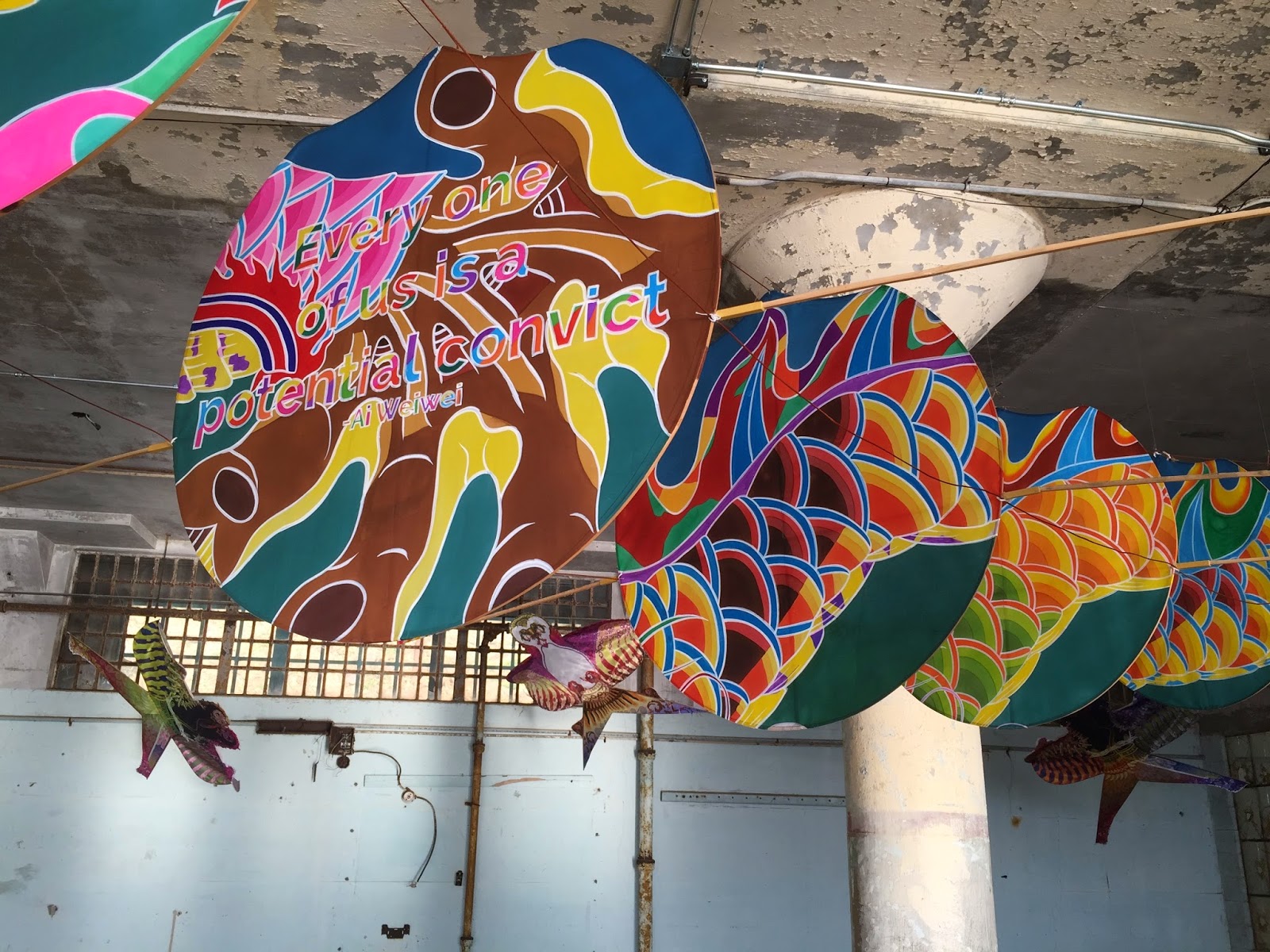 These kites are confined here, never to soar in the blue sky.
Further on, millions of Legos are used in Trace, which gives faces to some of the imprisoned prisoners we’ve met in Yours Truly, whom Ai Weiwei calls “Heroes of our Time.” 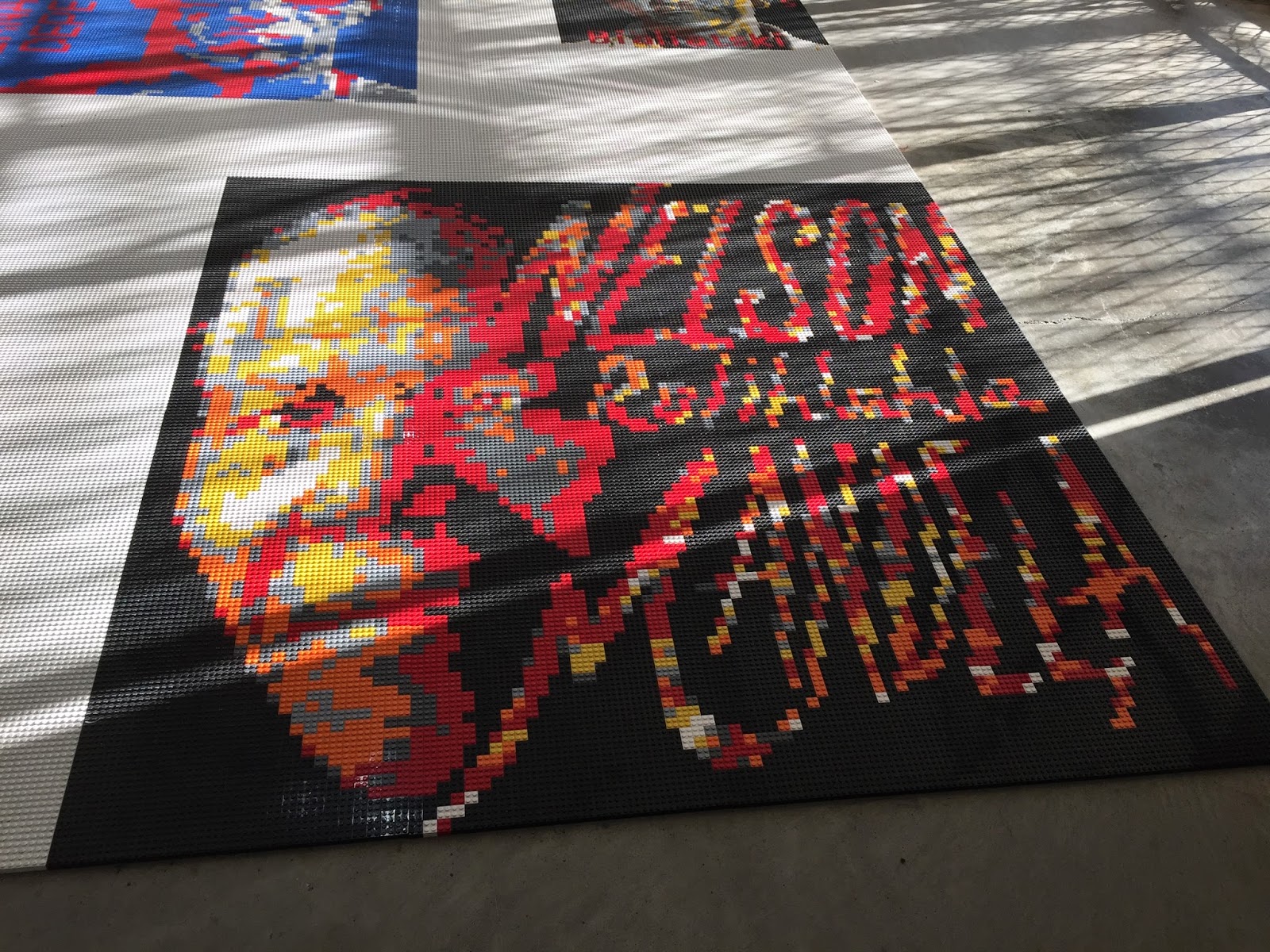 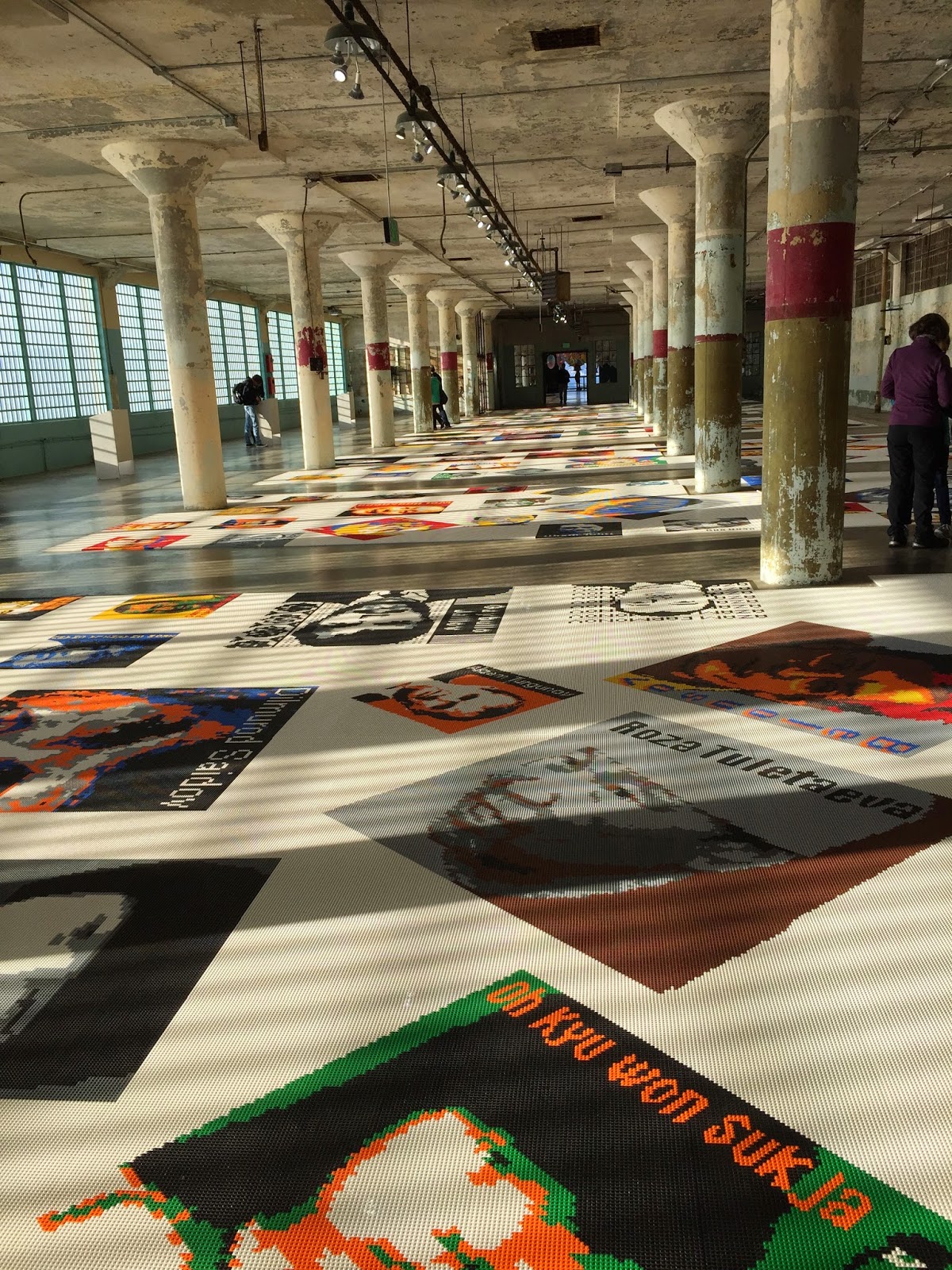 From above we peer down at Refraction where a vast bird’s wing is assembled of metal solar panels locked in place, also unable to soar. (Photo from for-site.org). 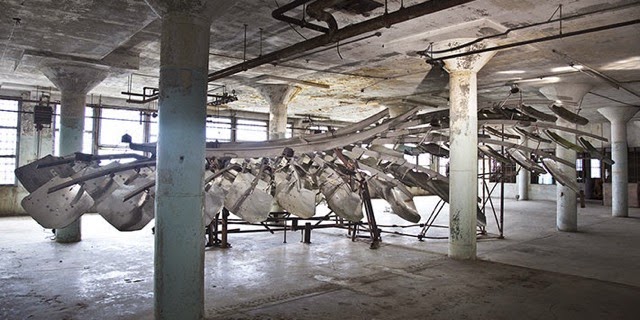 It’s a powerful experience, unforgettable and haunting. Especially as we exit into the blue-sky-blue-sea afternoon. Unlike these prisoners of conscience, we are able to breath free. 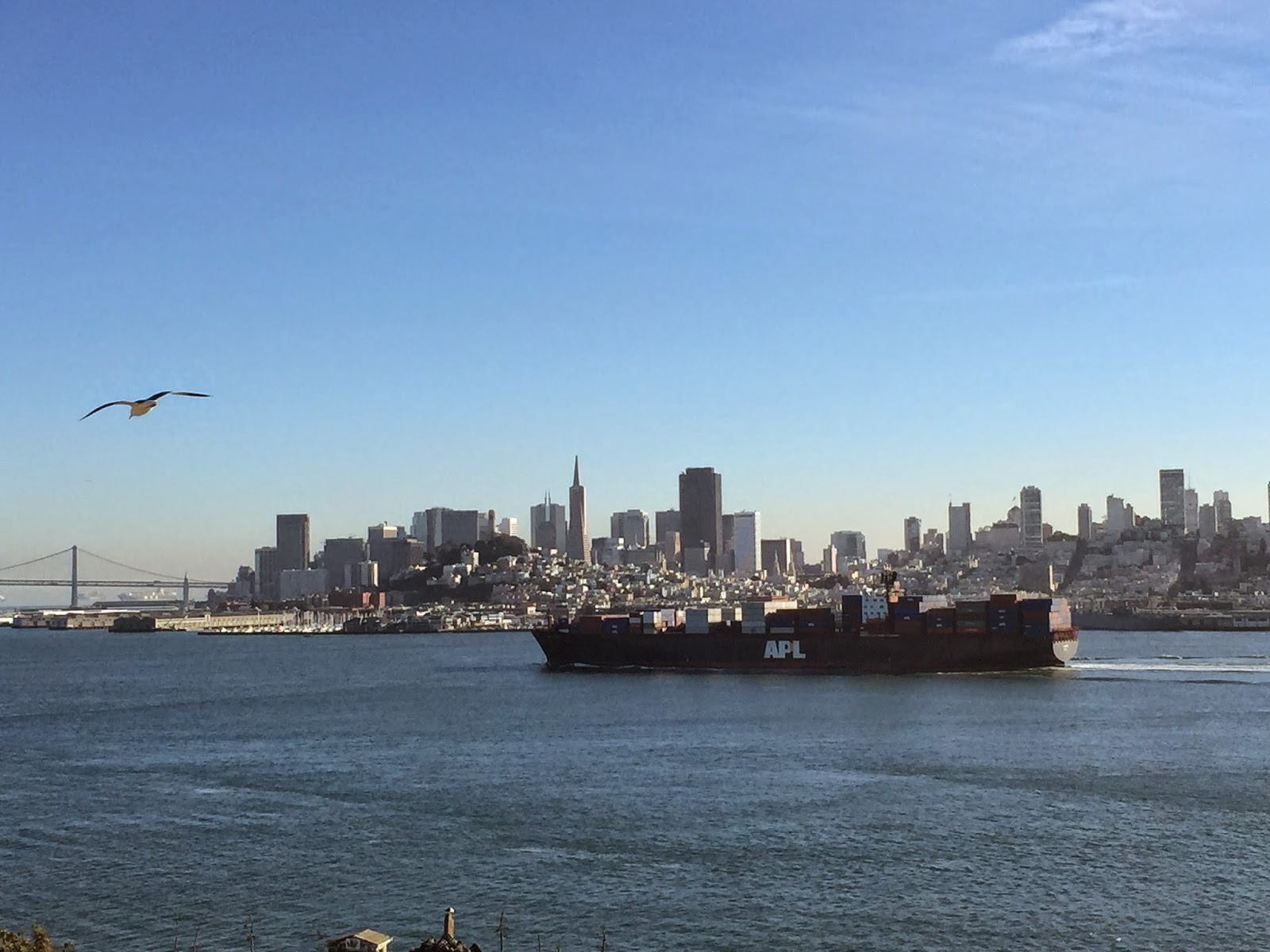 @LARGE: AI WEIWEI ON ALCATRAZ
Through April 26, 2015
About Ai Weiwei (Photo and bio from for-site.org)

Ai WeiweiChinese, born 1957
Ai Weiwei is a Beijing-based artist and activist whose work encompasses sculpture, installation, photography, film, architecture, curation, and social criticism. His art has been featured in major solo exhibitions including Ai Weiwei at Blenheim Palace, Woodstock, UK, 2014; Evidence at the Martin-Gropius-Bau, Berlin, 2014; and Ai Weiwei: According to What?, which was organized by the Mori Art Museum, Tokyo, in 2009, and traveled to North American venues in 2013–14. Ai collaborated with architects Herzog & de Meuron on the “bird’s nest” stadium for the 2008 Beijing Olympics. He has been the recipient of numerous awards and honors, including the Václav Havel Prize for Creative Dissent from the Human Rights Foundation in 2012.
http://aiweiwei.com