Skip to content
Last summer, my brother’s big birthday bash launched our travels through Europe By Train. Cara Black was struck by my post from Budapest and asked me to recount it at her blog, Murder Is Everywhere. We were traveling when I wrote it and Cara’s invitation gave me the chance to revisit the story, one of family, a lost home, and murder.

We often think of the road not taken in a symbolic sense, but sometimes there is a very specific road, one that can lead to death—or life. We came to Budapest to ask: Merre va Margit Hid? Where is Margaret Bridge? And Merre va Deak Ferencz utca 21? Where is the old home of my nieces’ grandmother?

Across the river, Buda is even older, dominated by Castle Hill, a citadel against the 13C Mongol hordes.

There have been other invaders over the years, but the Nazi regime evokes particular shivers of fear and hate. Past is present in Europe and every street, every bridge are landmarks of a life.
My nieces’ grandmother, Ann, and younger sister, Vali, had lived with their widowed mother, Rose Gabor, at Deak Ferencz utca 21 in the center of Pest. Then in 1944, the first Jewish deportees were sent to Auschwitz—in freight trains that may have left from Keleti Station. The family was torn apart, forced to hide in three Christian homes on the Buda hillsides. On the day of their road not taken, a bitter reunion took place when they were arrested by Hungarian Arrow Cross fascists and marched toward Margit Bridge. 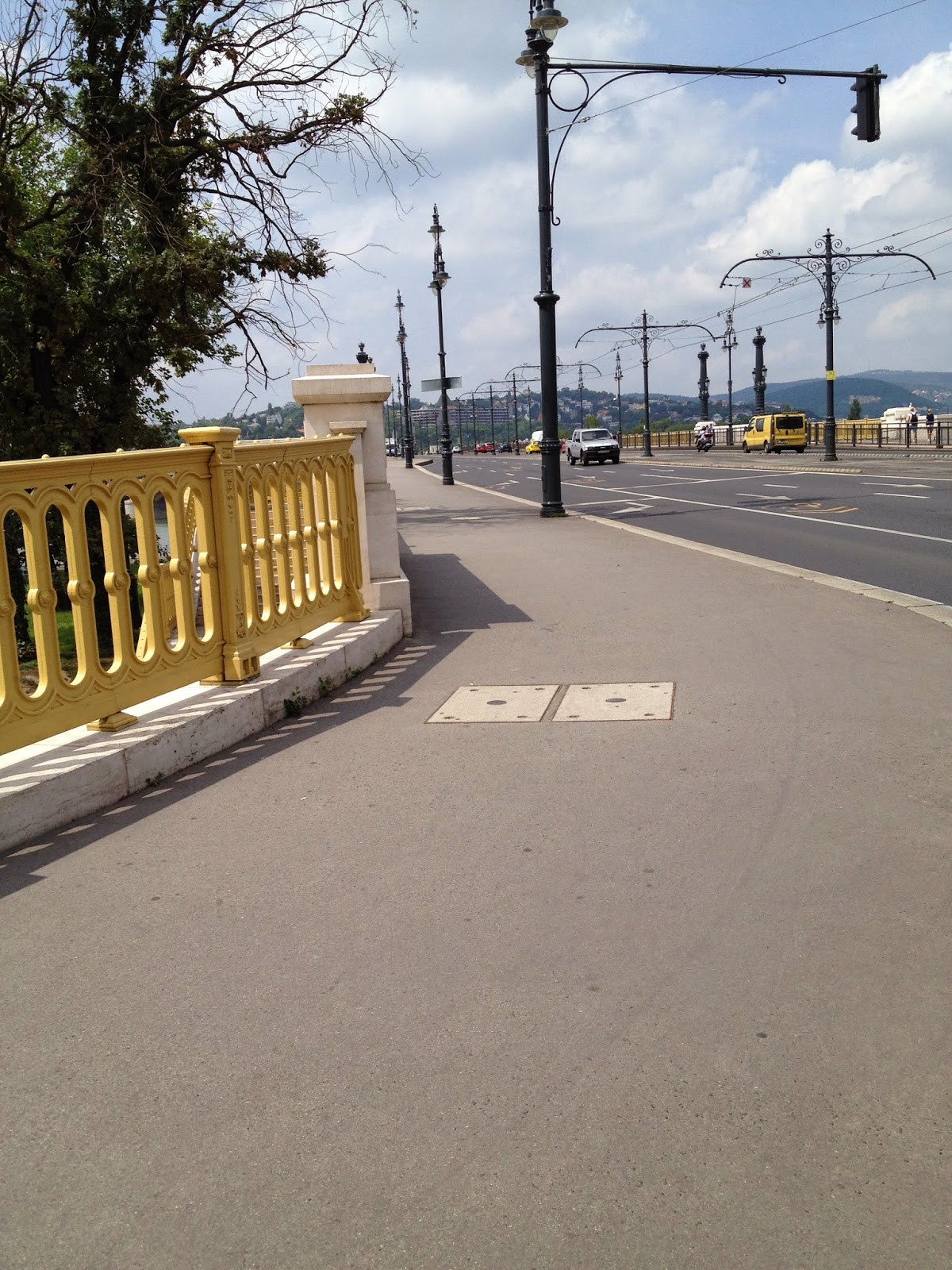 Rose, seeing a work unit walking along the river, pulled her girls into that line—in the blink of an eye changing their fates, and that of my family itself. Without her quick thinking, my two wonderful nieces would have never been born. 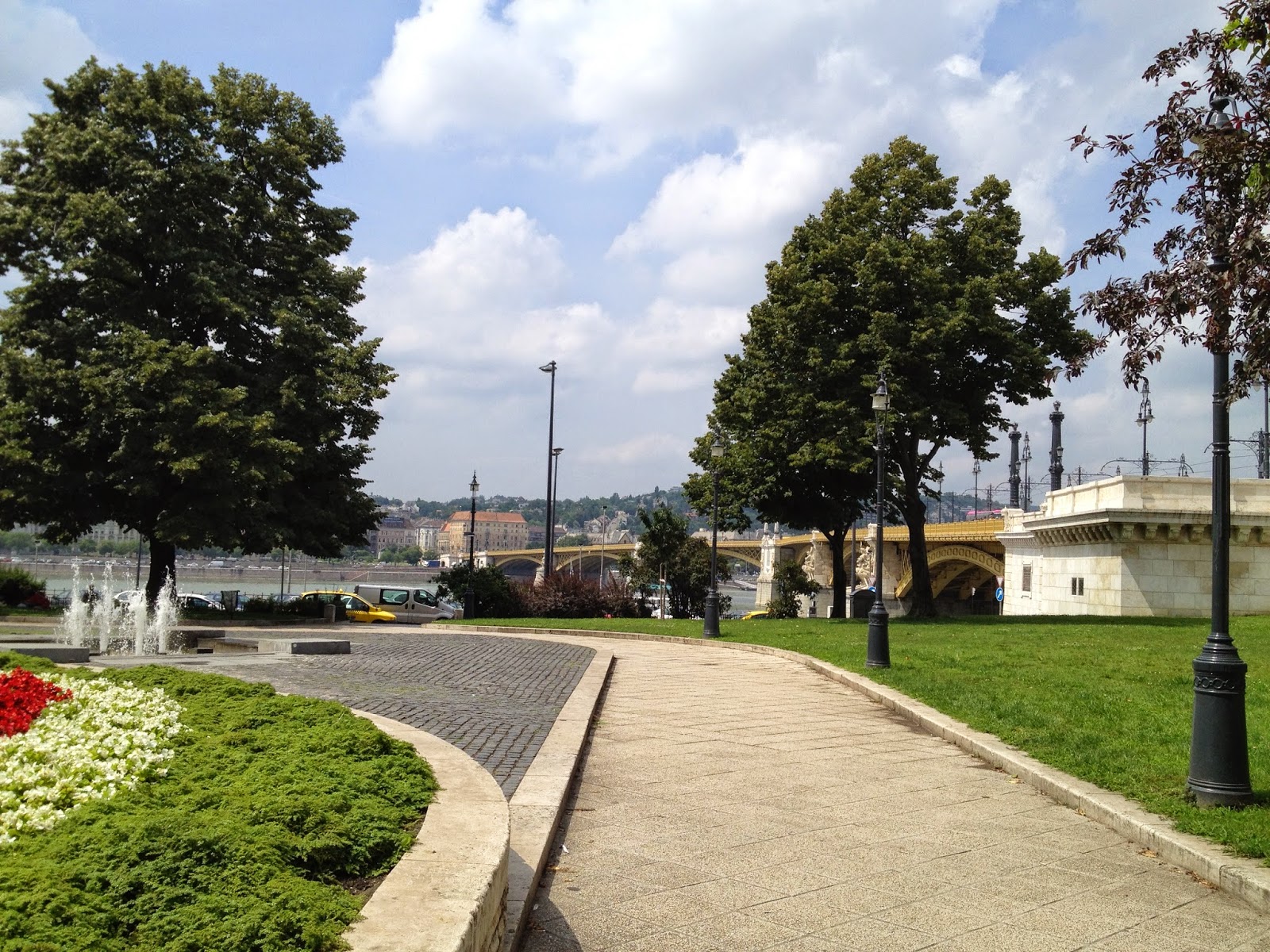 We stood on that bridge corner imagining those horrific days, the soldiers, the fear. Unable to return to their home, Rose turned to a Christian friend, Lily, who sheltered them through the war. Despite heavy bombing, the old stone building at Deak Ferencz utca 21 endured. Here is its courtyard. 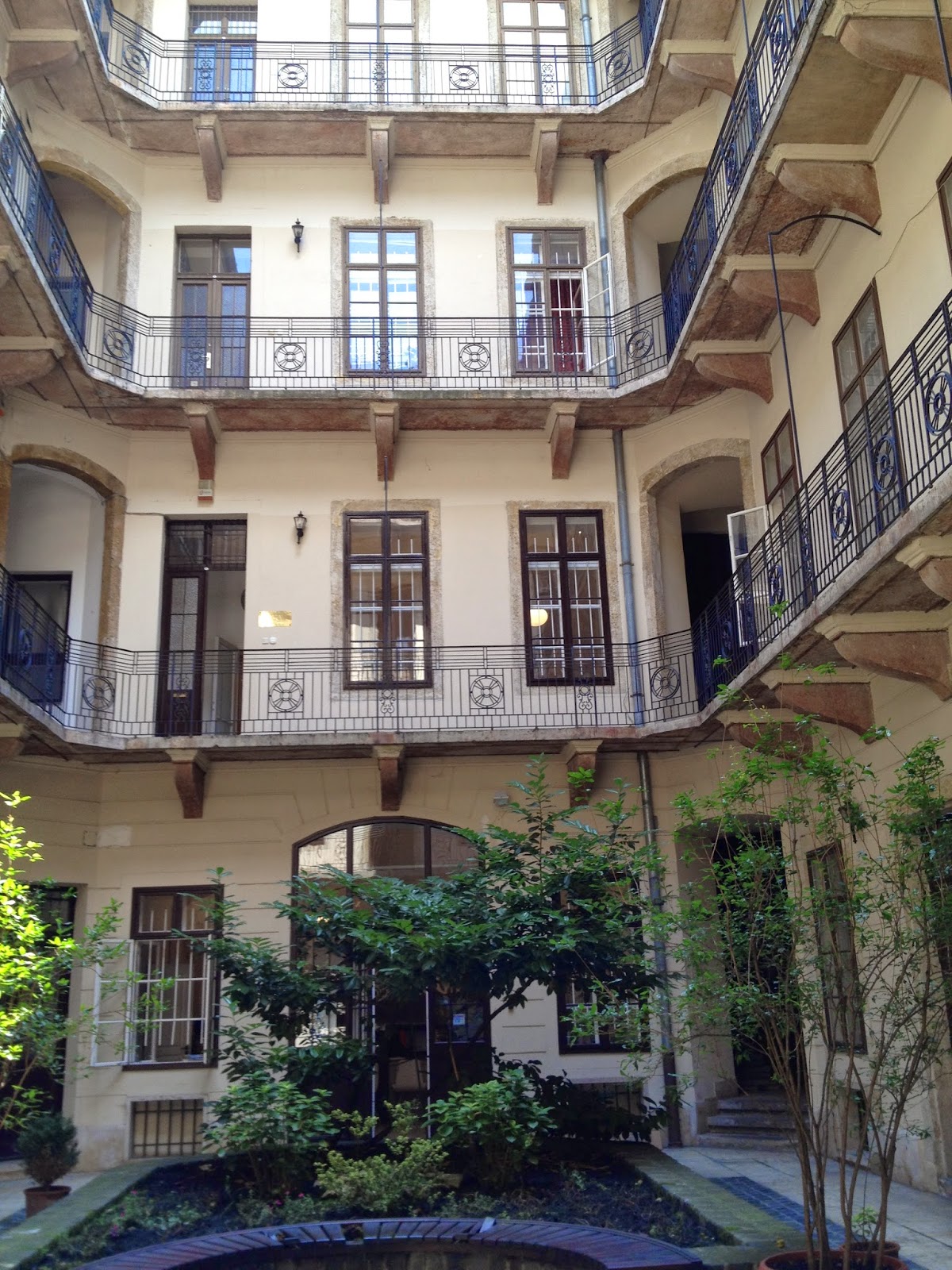 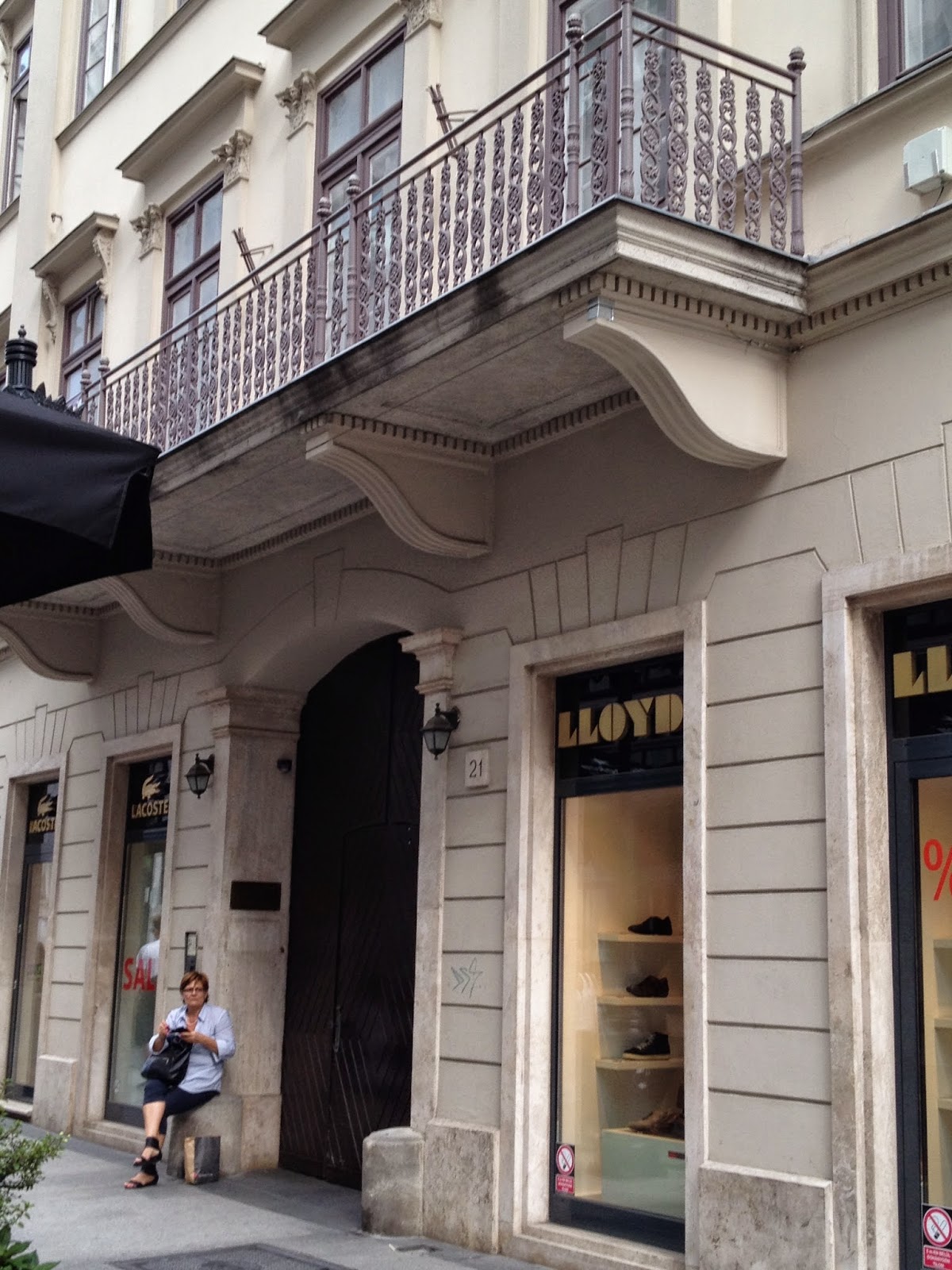 The apartment is not far from Parliament with Margit Bridge in the distance. Just south of Parliament is the memorial to Jews shot into the Danube by Arrow Cross thugs, impatient as the Russians closed in. 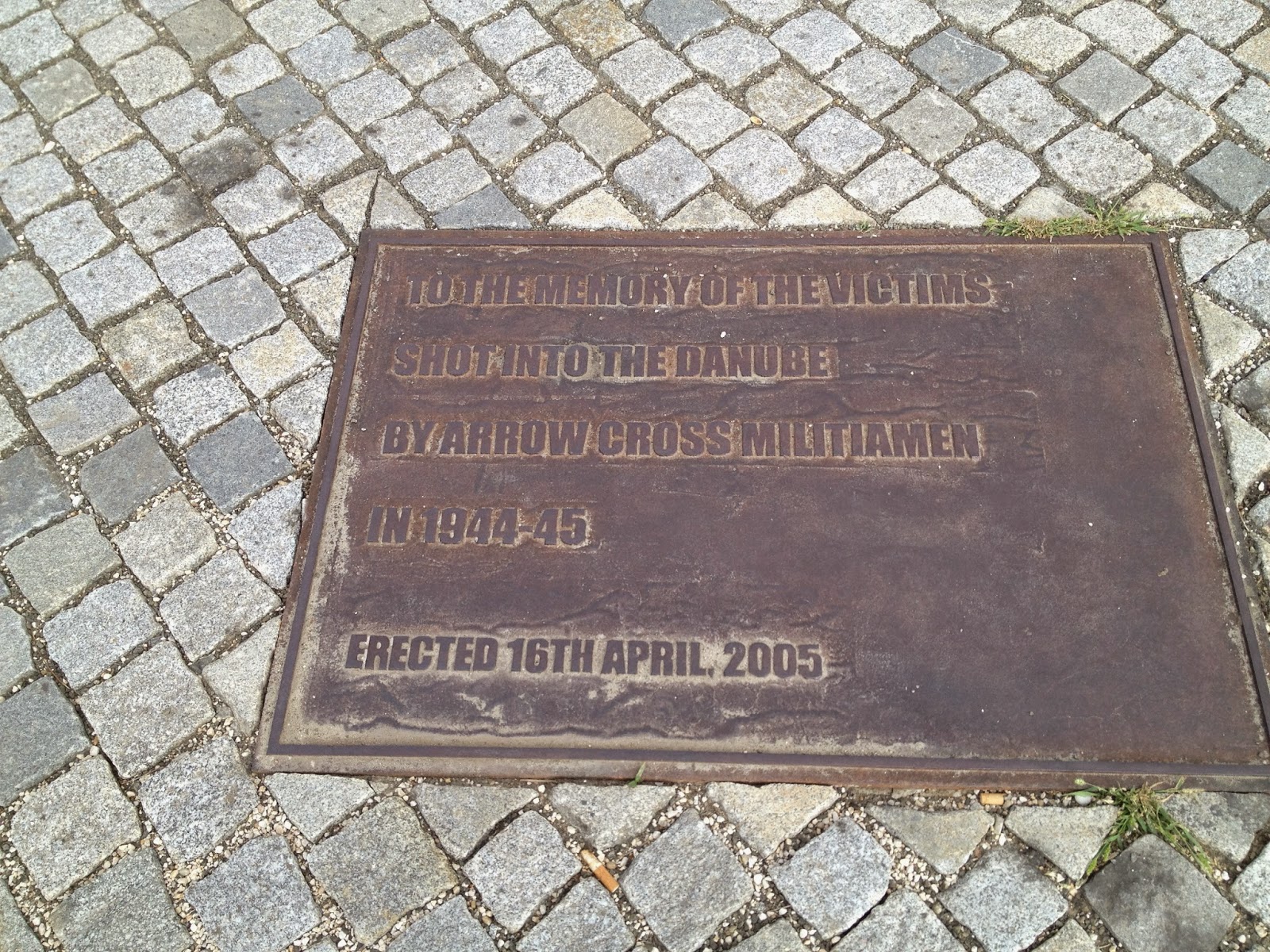 It was like a punch in the gut to see these shoes lined up along the quay. Delicate button-ups and high-heels, work-boots, all facing the river. The cold black water below…the silence…and then the bullets, and cries as family and friends fall into the river. Shot in the back. 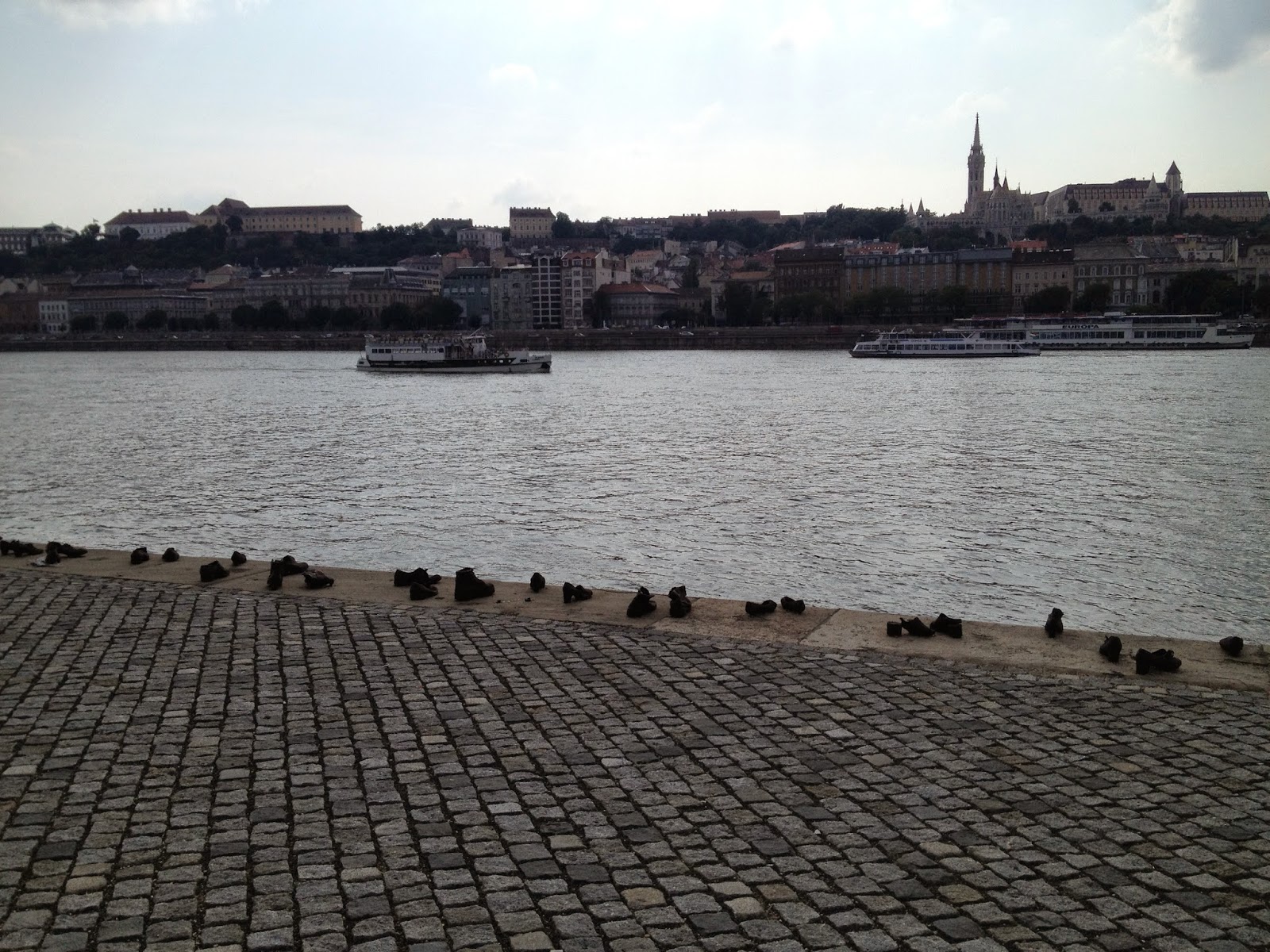 The cruel scene evoked in mute simplicity, the shoes old and worn, a child’s beside her mother’s. 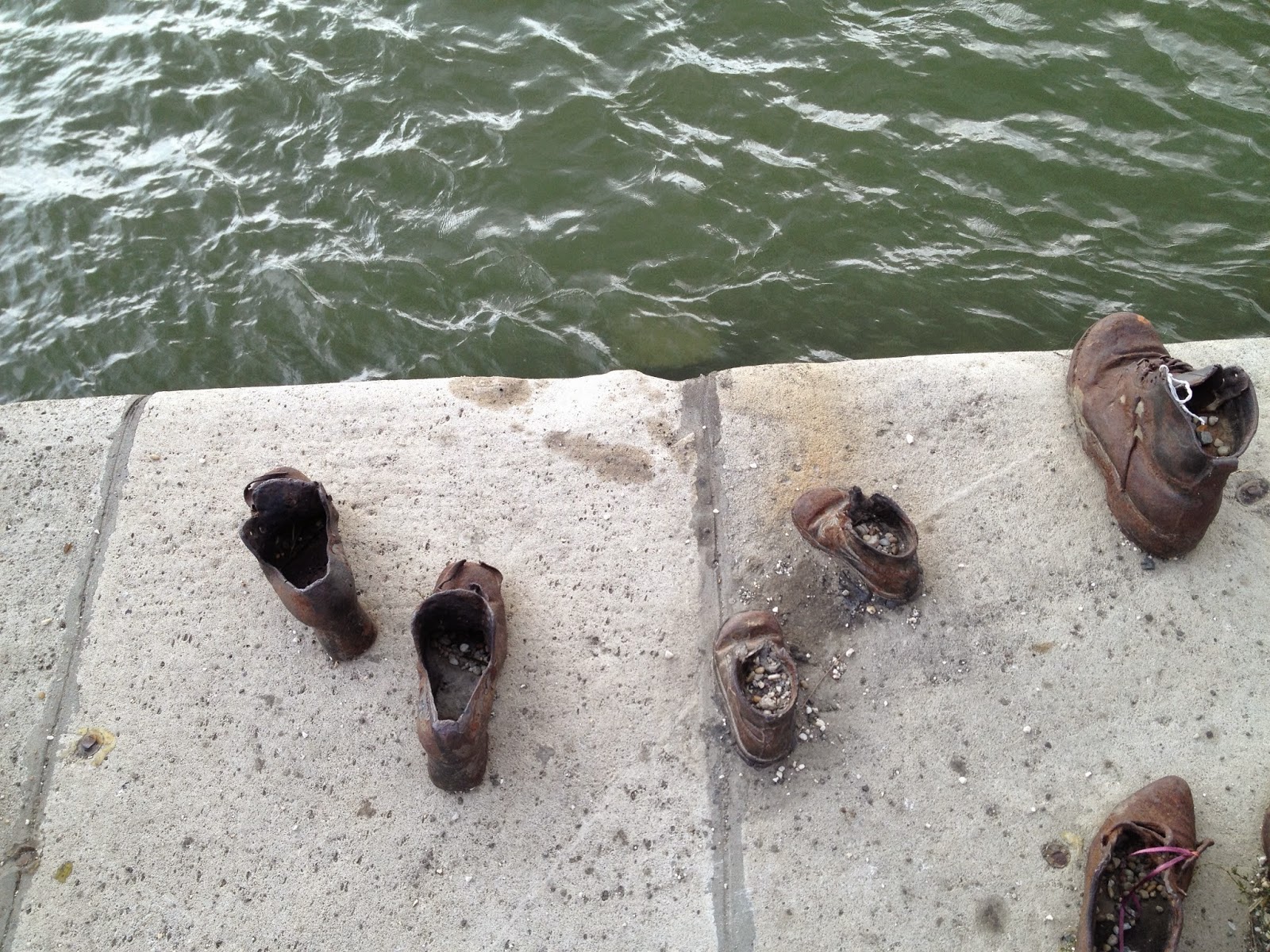 If not for Rose’s quick wits, this would have been their fate—or the trains. 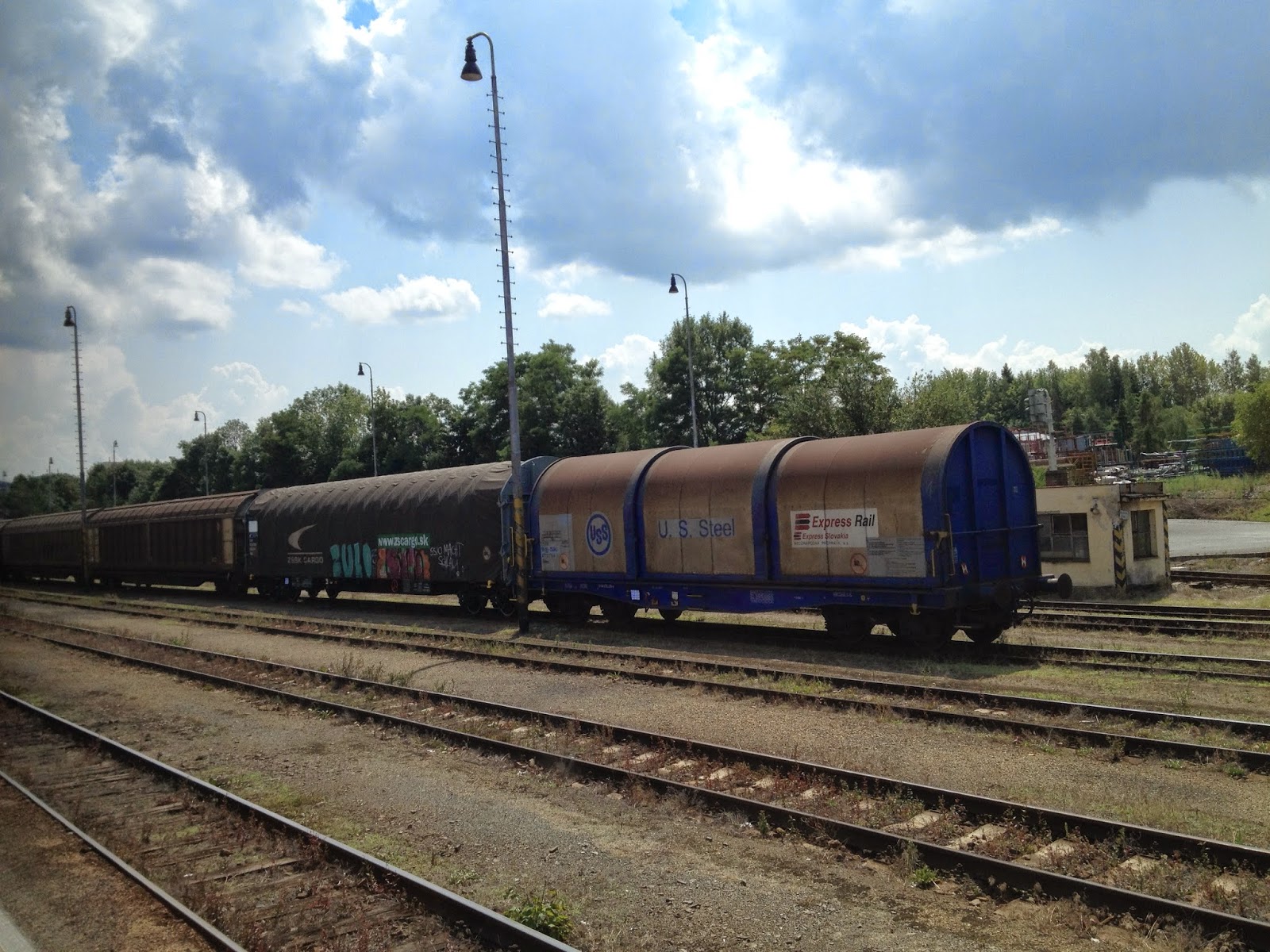 It is impossible to walk the streets of Europe without the visceral experience of history. The passage of time, regimes, lives, deaths. The statue or plaque of a famous person now unknown. An ordinary street corner where a mother made a life-changing decision. 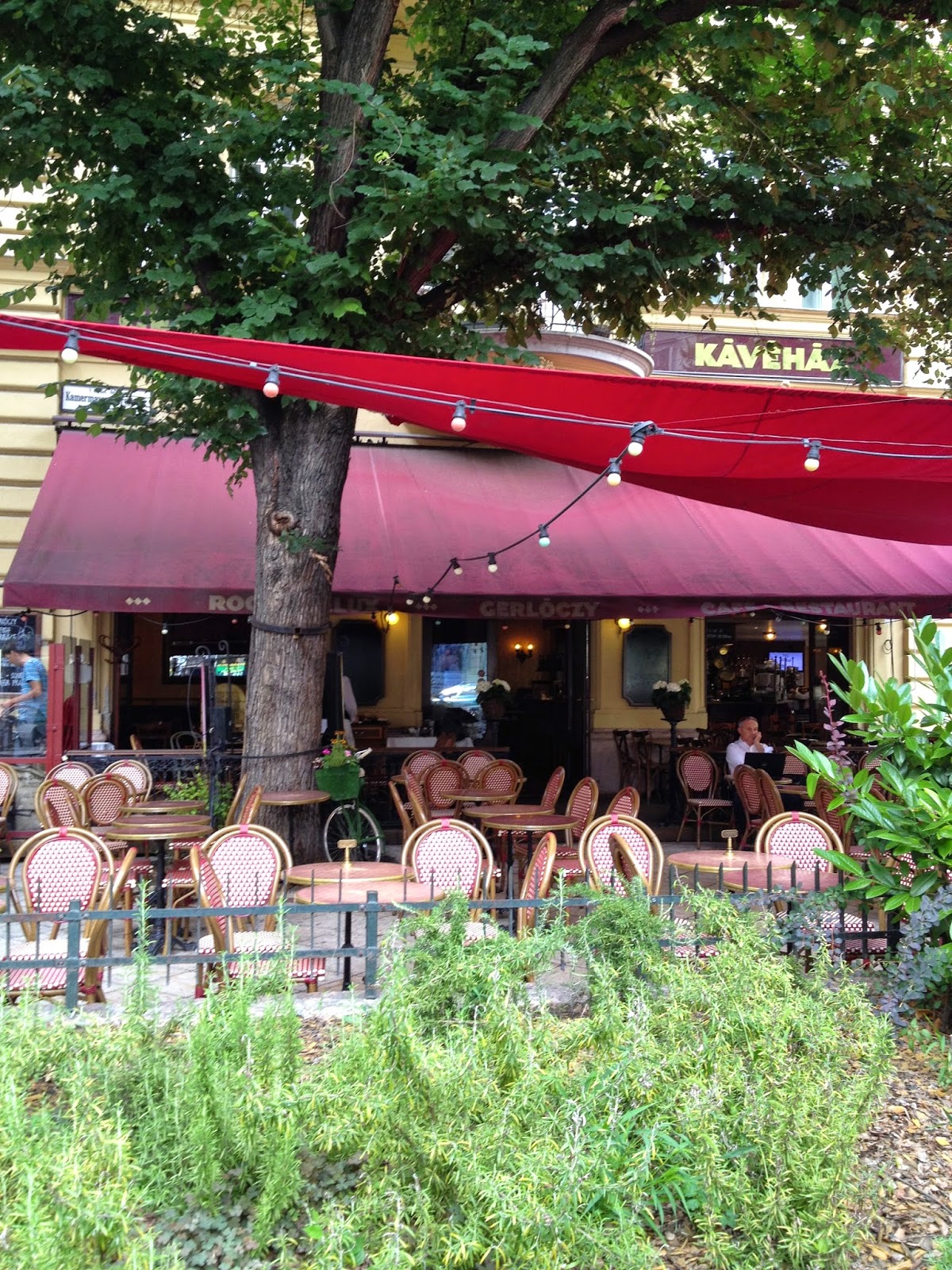 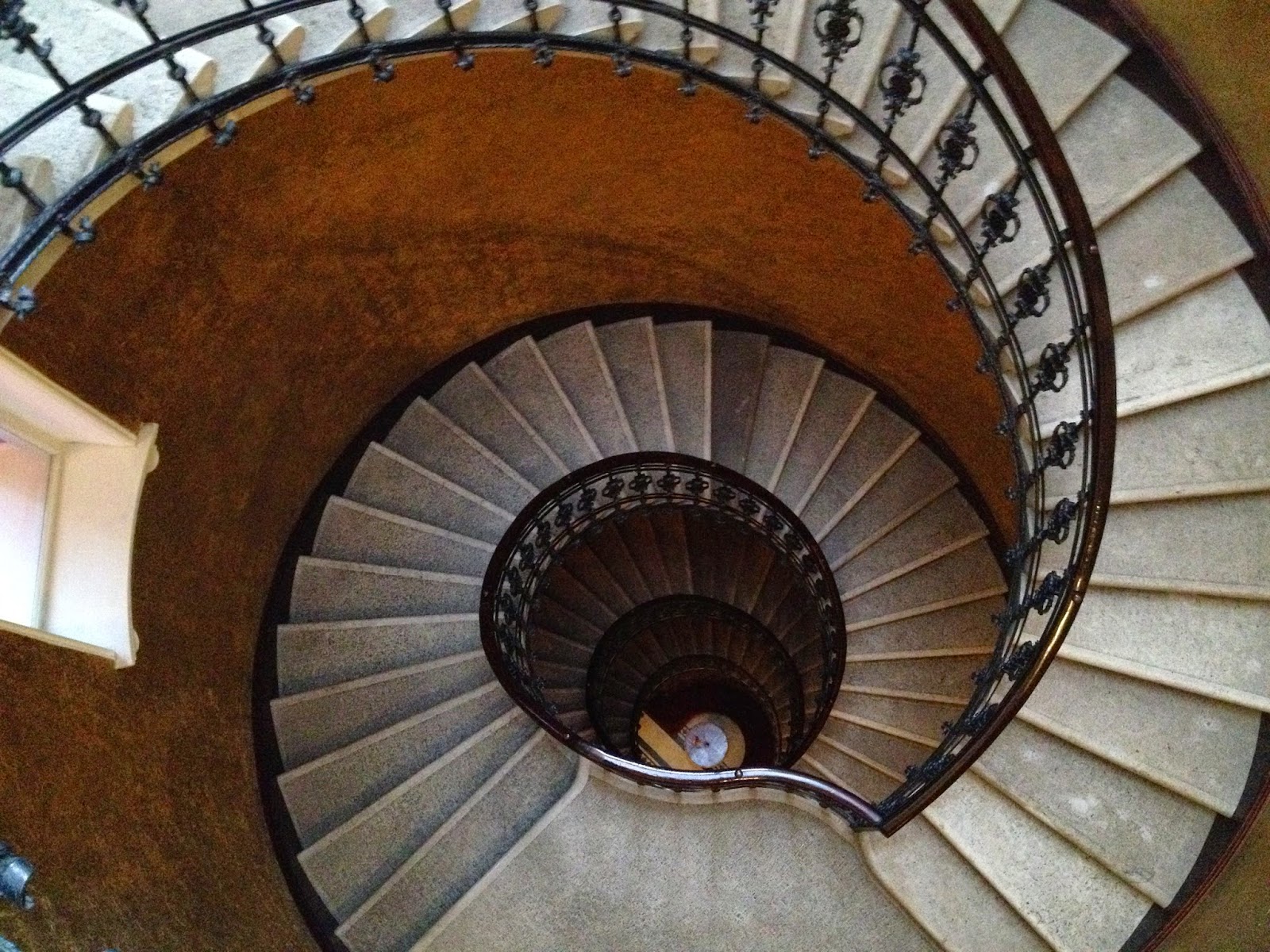