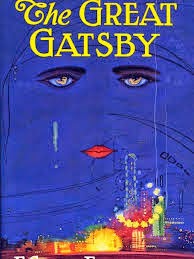 “Gatsby believed in the green light, the orgiastic future that year by year recedes before us. It eluded us then, but that’s no matter—tomorrow we will run faster, stretch out our arms farther….And one fine morning—
“So we beat on, boats against the current, borne back ceaselessly into the past.”
These words move me deeply and yet I have never been able to articulate exactly why. Scott Fitzgerald and I share a birthday and I always identified with Zelda’s struggles to let her light shine.
Driving in the car today, I heard Terry Gross interview Maureen Corrigan, author of So We Read On: How The Great Gatsby Came to Be and Why It Endures.
http://www.npr.org/2014/09/08/346346588/how-gatsby-went-from-a-moldering-flop-to-a-great-american-novel
Maureen shared her passionate reading of the novel, its theme of hope and struggle, even in the face of possible or even probable failure. Even as the fates may go against us, we must continue to try. 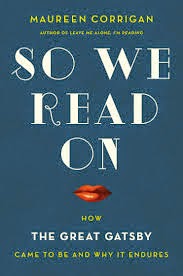 Scott Fitzgerald celebrates the shiny face of the American Dream and its dark underbelly. We live in a land where we are taught “if at first you don’t succeed, try, try again. ”  We believe it, we do.

When it came out in 1925, Gatsby was viewed as a literary and/or crime novel. In any case, it was proclaimed a dud. Fitzgerald died in Hollywood in 1940, trying to hack out a living after the death of Zelda and the failure of so many dreams.
Two years later The Great Gatsby was selected as one of the Armed Services Editions, 120 million books designed to fit in the pocket of a soldier’s pants. The first distribution of these books was before D-Day, soldiers reading in landing crafts on their way to Normandy Beach, France. Some men were buried with a book tucked in a pocket.
This story is recounted in WWII By the Books: The Pocket-Size Editions That Kept Soldiers Reading, by Molly Guptill Manning.
http://www.npr.org/2014/12/10/369616513/wwii-by-the-books-the-pocket-size-editions-that-kept-soldiers-reading

As part of this campaign, 155,000 copies of Gatsby were printed. So many letters home mentioned this book that, finally, the Great American Novel was “discovered.” Two years after Scott Fitzgerald’s death.