Skip to content
The Company She Keeps:
Pomegranate Campari Cocktail 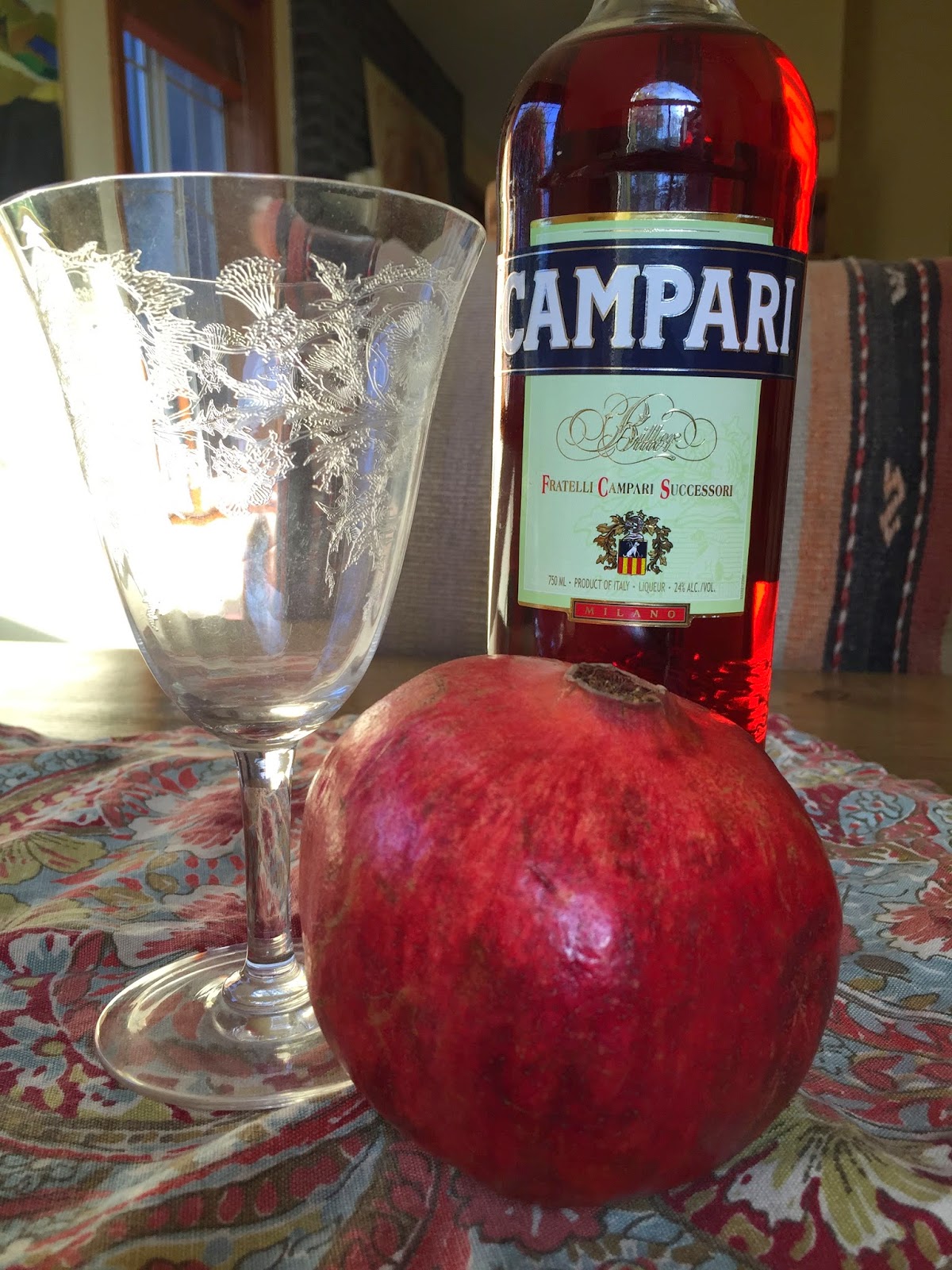 (Sneak preview: To appear on Mystery Playground’s Drinks with Authors 3/20/15) 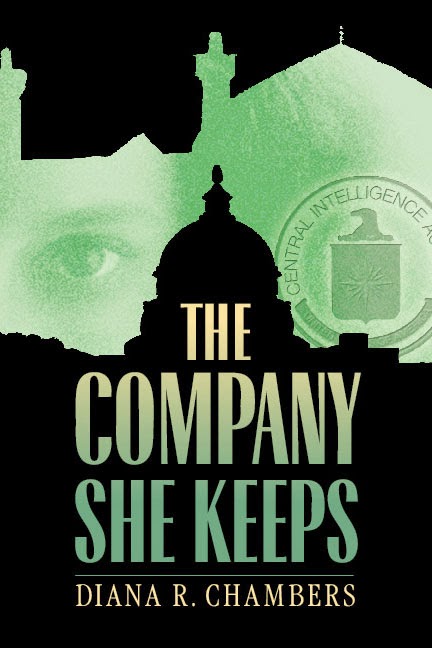 Iran. About as far as you can get from Alert, North Carolina, but life takes you places.
First stop Georgetown, DC, where Evelyn Walker learns from CIA officer Nick Daley that her smart techie boyfriend is a Soviet mole. The daughter of a military man, “E” follows the path of duty, which leads her deep into the realm of espionage with its deceit, glamour, and sexual intrigue. Too deep, she later realizes—too late. Now back from Afghanistan (my novel Stinger), Nick grows to care for his agent. Yet he is forced to send her into a world of danger, from Europe’s grand boulevards to Iran’s Grand Bazaar.
After one betrayal too many, E resigns from “The Company” and moves to Paris where she meets Iranian importer Kari Mansour. When Nick later informs her that Karim is in fact an arms dealer, she defends him hotly and her lover confirms he was set-up. The couple marries and, pursued by US and French intelligence, flee to Tehran, where E must adapt to new ways in the land of the Ayatollahs. Beginning with learning to wear a veil.

Karim’s boyhood nanny, Fatma, teaches E how to make Persian rice (see my recipe in The MWA Cookbook, published by Quirk Books). A devoted gardener and rose-lover, Karim also grows pomegranates, a native Persian fruit that spread along the Silk Road. Having lived twenty years in France, he is not a teetotaler, but the beauty of this drink is that it is equally delicious with or without Campari. 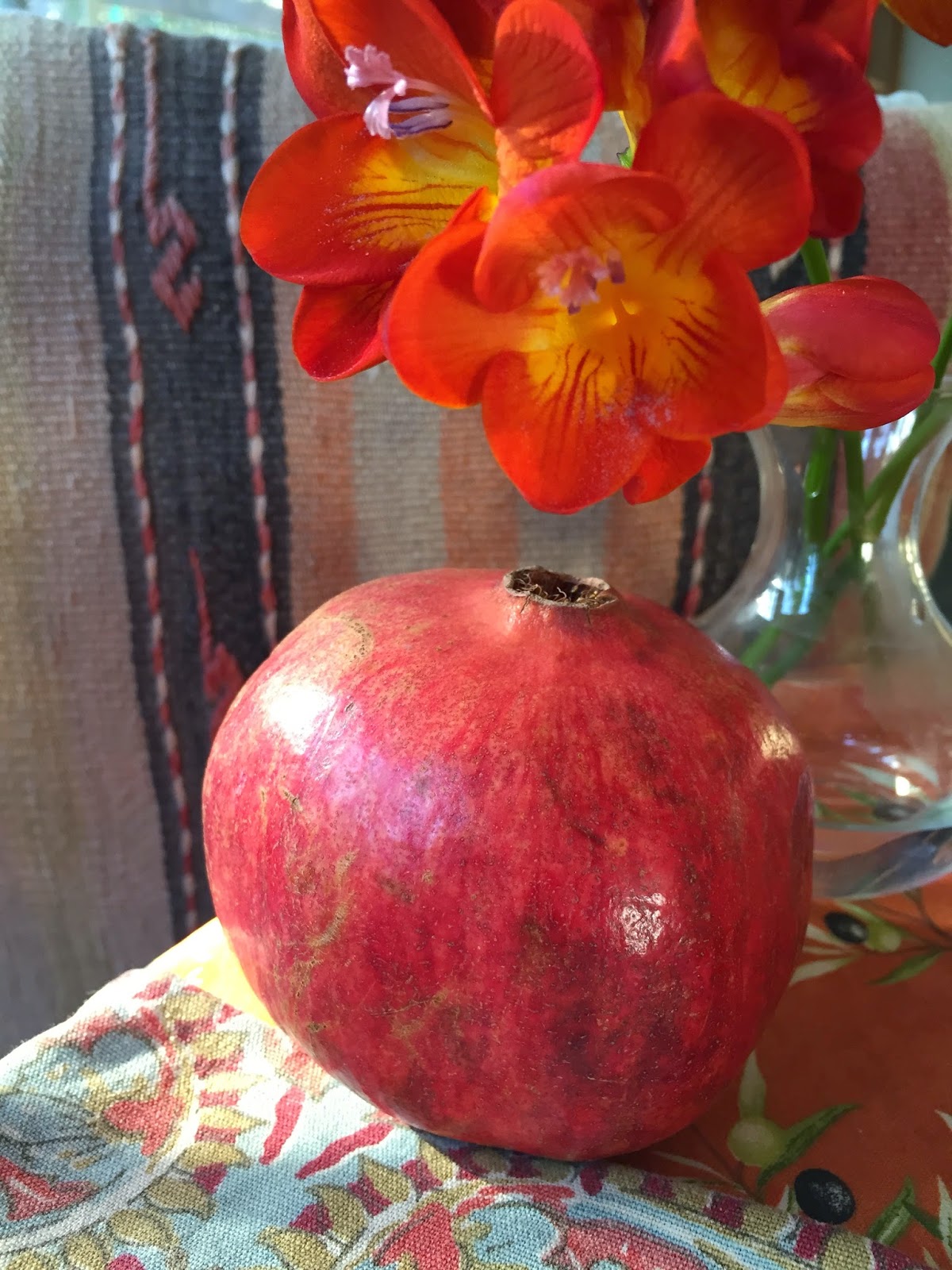 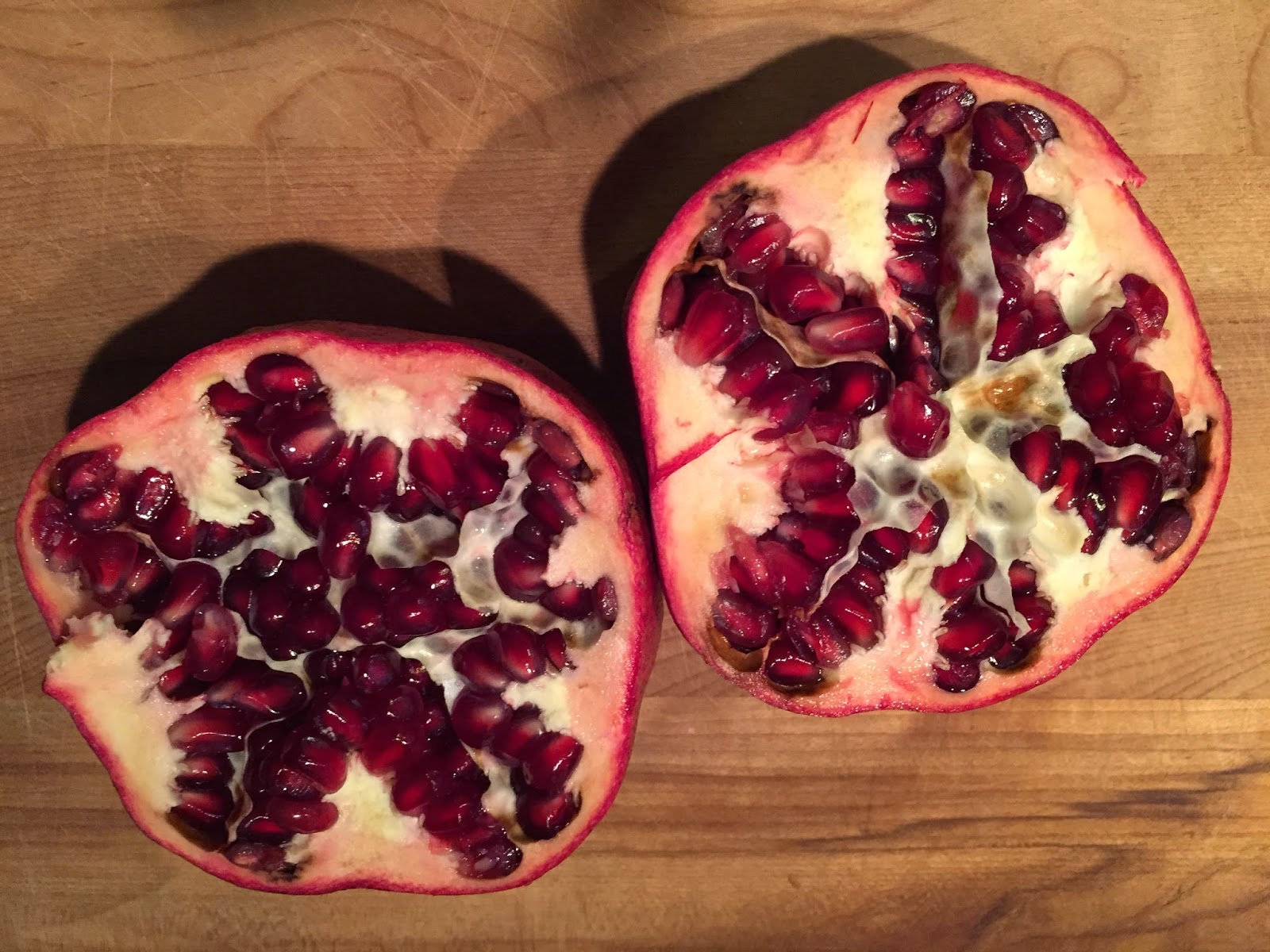 Hold in palm over bowl and tap skin with wooden spoon, rotating in palm. 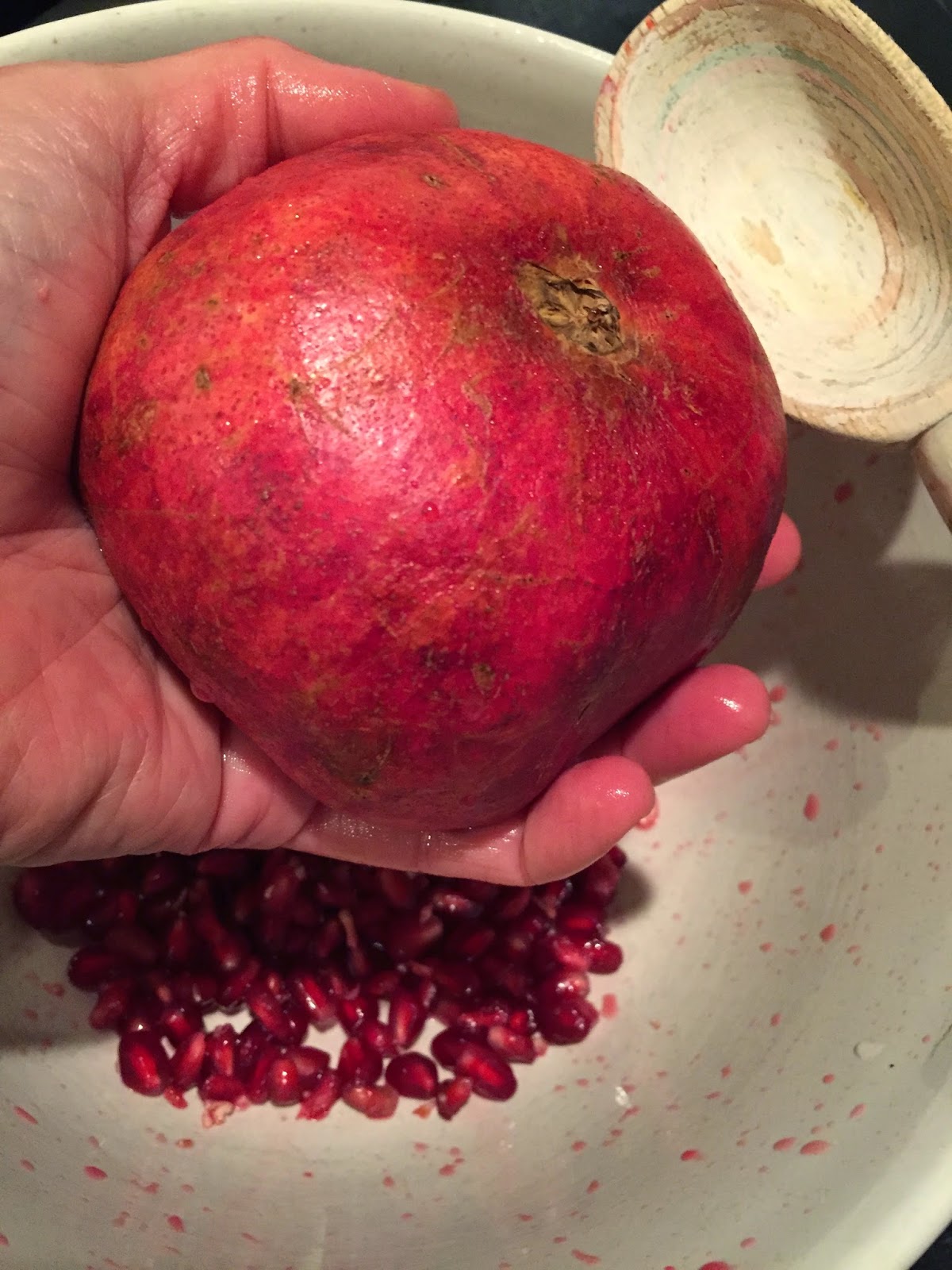 To make juice, push seeds through fine-mesh sieve into container. (For me, one pomegranate yielded 6 ounces.) 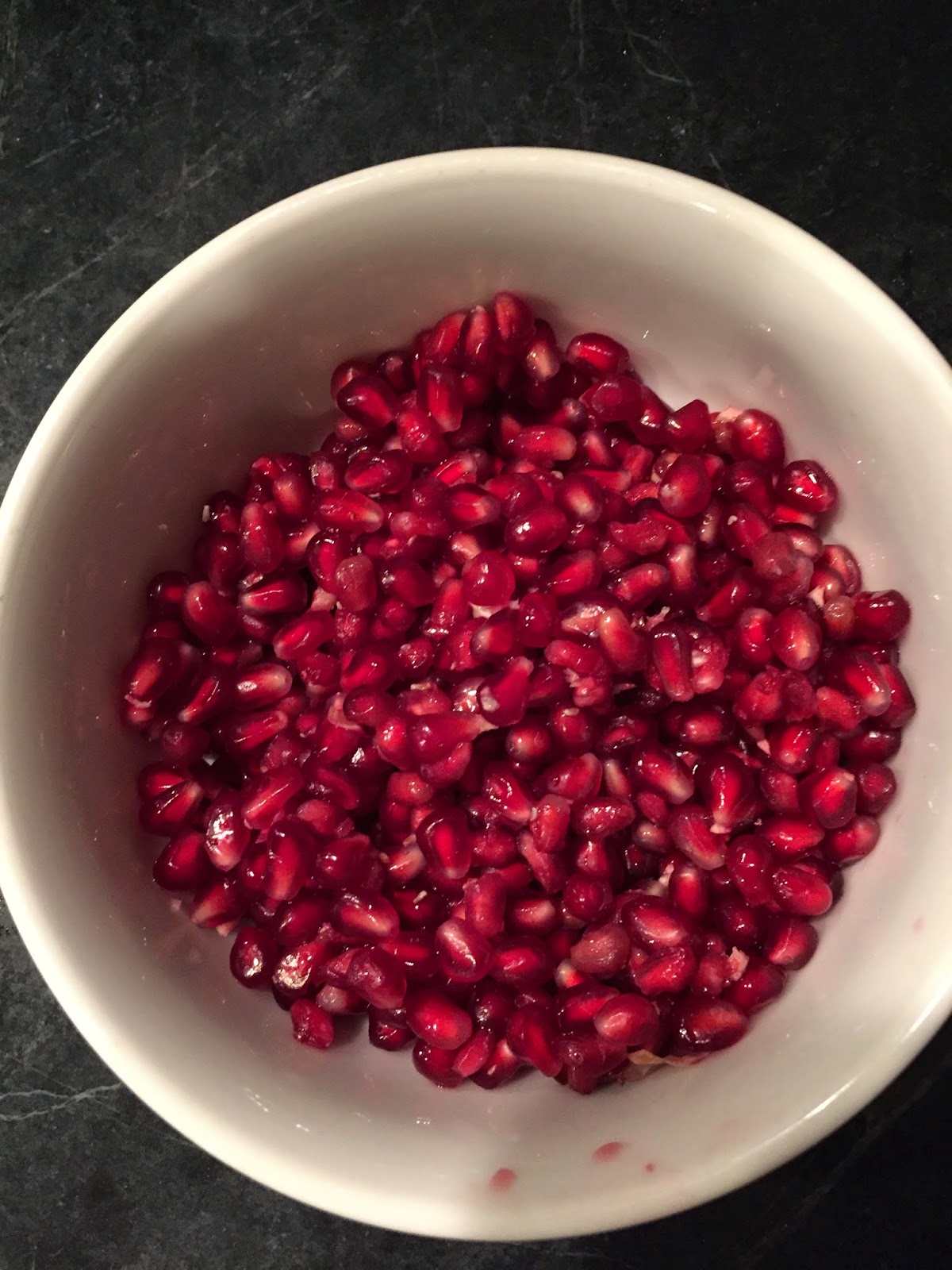 Add juices and soda to glass. Top with Campari and pomegranate seeds as garnish. (You can also serve it as a tall drink with ice, especially gorgeous if you substitute 1 part fresh orange juice for 1 part soda). 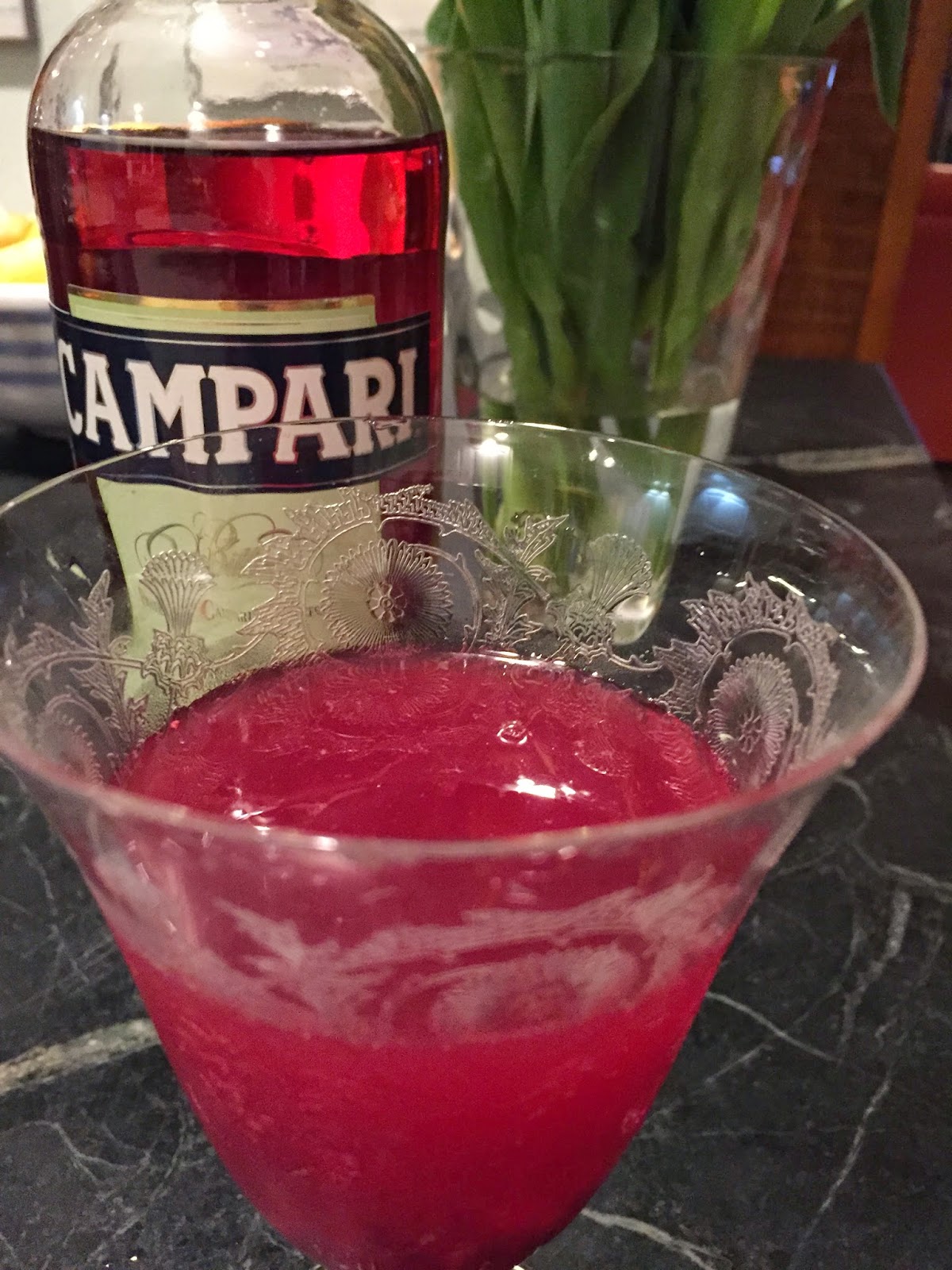