Skip to content
When my friend Heidi Noroozy invited me join her Meet My Character blog tour, I had returned from our Europe By Train travels and was ready for another adventure. I debated between three characters very close to my heart, two of them complex women with amazing stories whom I’d like to introduce later. For now, though, please meet a guy I’ve featured in three novels—the very romantic spy in Stinger. 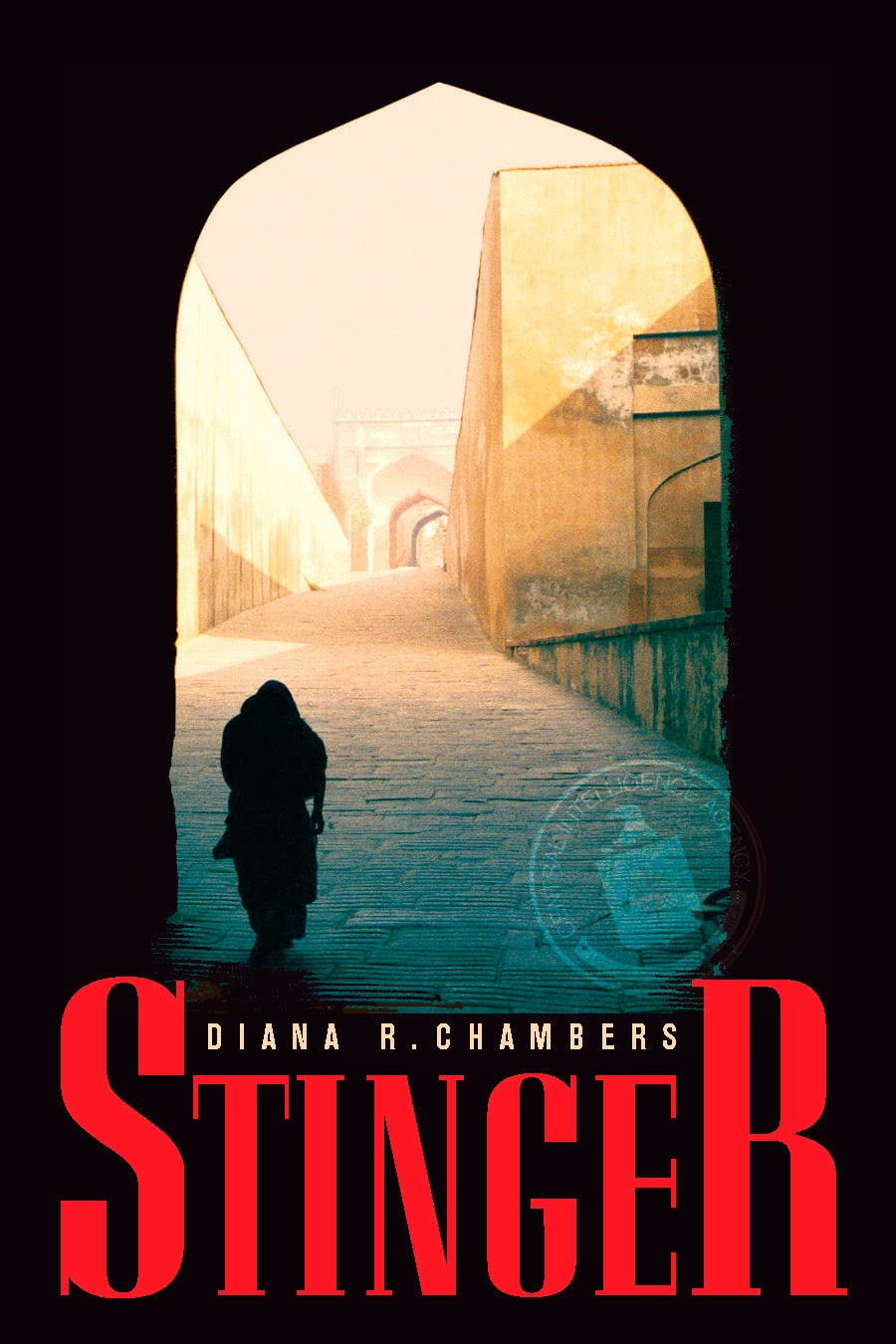 1.) What is the name of your character?
Nick Daley. On occasion he has used his middle name as an alias, i.e. Nicholas Ross. I’ve known him over twenty years, since he first entered my screenplay, Stinger. Fed up with Hollywood production and financing problems, he demanded his own novel.
2.) Is he/she fictional or a historic person?
Nick is fictional, although his story is based on a covert operation in Afghanistan that is little known but changed the course of history.
3.) When and where is the story set?
Stinger takes place in the early-1980s during the Soviet occupation of Afghanistan. Across the Khyber Pass, the ancient Silk Road town of Peshawar, Pakistan becomes the Cold War Casablanca, a crossroads of spies. The title refers to the shoulder-fired Stinger missiles that eventually helped the mujahedeen guerrillas defeat the Red Army—and thus bring down the Soviet Union.
4.) What should we know about him/her?
A Texan by way of Kansas, Nick is a CIA operative and old Asia hand who can’t really go home again. He is now based in Peshawar under diplomatic cover. When the story opens, he is tracking a shipment of Stinger missiles that goes missing before his eyes. The mystery deepens with a graveyard murder that may or may not be drug-related.
5.) What is the main conflict? What messes up his/her life?
A lone wolf, Nick is thrown for a loop when San Francisco journalist Robin Reeves shows up in Peshawar, determined to track down an elusive Afghan leader—her former Berkeley lover, Jamal. Nick becomes involved in a mysterious triangle in which no one is what he or she appears.
6.) What is the personal goal of the character?
Nick is fiercely independent, a cynic, yet romantic at heart. With zero tolerance for BS, he is ever in conflict with his superiors, especially in this case when he may have his own secret agenda.
7.) What is the title of this novel?
Stinger.
8.) When was it published?
My first Nick Daley novel, Stinger was published in 2006 and the ebook in 2012. The audiobook was released by Audible in mid-2014. The sequel, The Company She Keeps, is also available in trade paperback and ebook with the audio now in production.
Susan C. Shea is next up on the tour. She will be writing about a character from her books on October 29, so be sure to stop by her blog next week!
Susan C. Shea spent more than two decades accumulating story material before creating her best-selling mystery series featuring a professional fundraiser for a fictional museum in San Francisco: Murder in the Abstract, The King’s Jar, and Mixed Up in Murder (spring 2015). Currently the president of the northern California chapter of Sisters in Crime and on SinC’s national board, she’s a member of Mystery Writers of America, and blogs on CriminalMinds. www.susancshea.com