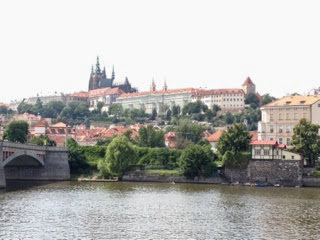 You know how those holiday pictures never capture your feeling of the place? 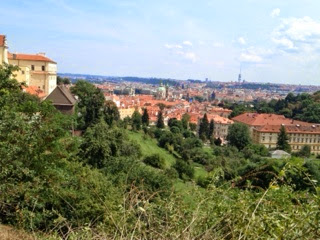 Prague is a city of utterly jaw-dropping views, every time you turn your head…every angle. 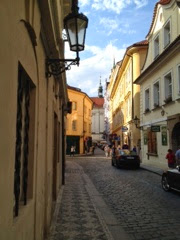 And yet, my photos seem flat, at least they don’t convey the magnificence of the views, the architecture, the sense of time. Our first view was pretty good, though… 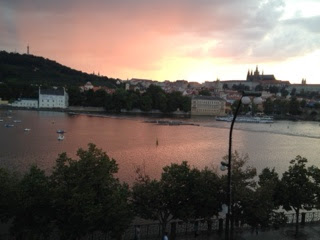 And our good morning view, as well. For that you can’t beat the elegant Hotel Leonardo! 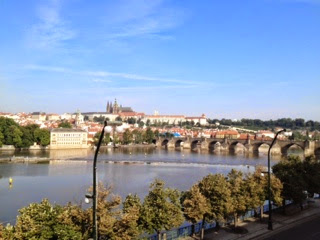 It’s hard to go wrong with an ancient hillside castle, a graceful river, and old stone bridge, the many-arched Charles. Near our hotel is Old Town, gasp-inducing with its pastel, red-tiled buildings, soaring spires, twisting lanes. Prague is like a dessert buffet, so much to choose from. Almost too much. 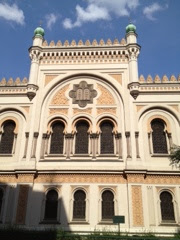 But we sample the delights. Dating from 1410, the Astronomical Clock is the world’s oldest working clock, its saints moving in and out on the hour. 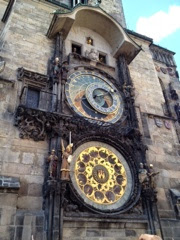 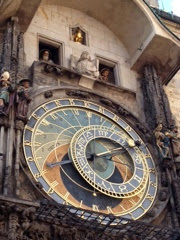 We climb an old spiral staircase… 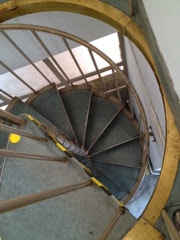 then further up creaking wooden steps… 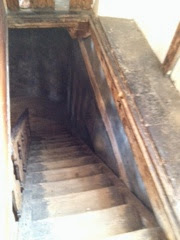 to the tower where early astronomers mapped the heavens. 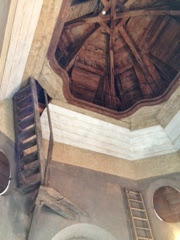 The city views are staggering, yet here is where my photos don’t capture the majesty. 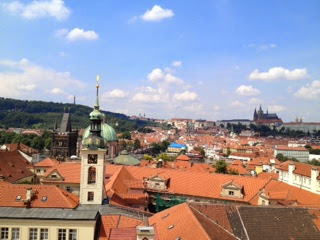 We learn of an early power struggle when the astronomer, Kepler, is rumored to have fed his Danish competitor, Brahe, a poison potion in order to get his job – and achieve world renown. (Hmm…What a story idea!) 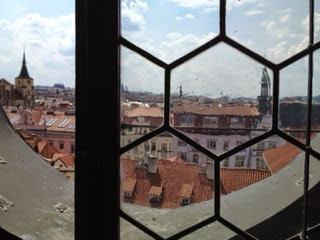 We visit Prague’s ancient Klementinum Library, where most of its books are being digitized in Germany.  Here is how it will look again soon. 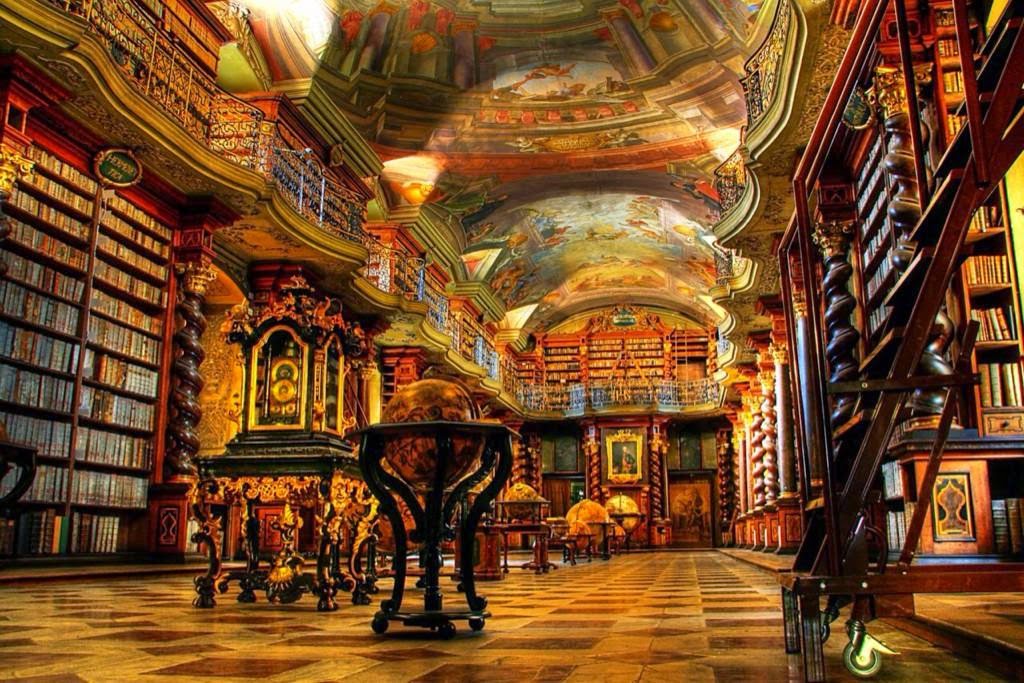 Later, we take a tram to the castle-side of the Vltava. 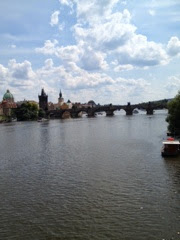 At our ease, we climb the hillsides with the goal of walking back over one of the bridges – but not the Charles, a Prague must and always packed. We will do it later, some evening. 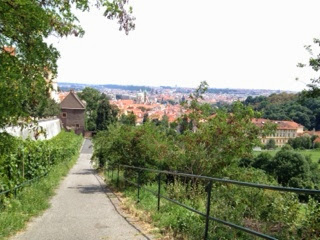 Here we discover the quieter side of Prague, fewer tourists, more airy somehow, despite the narrow lanes. 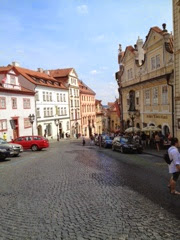 In a little square at the base of high stone walls, we come upon a procession of uniformed men and women in WWI-era wardrobe. 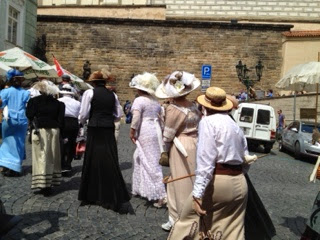 We discover Maly Buddha, a yummy restaurant run by a Vietnamese architect. 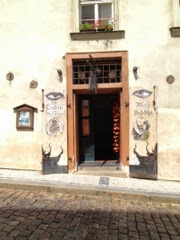 It is dim with shrines and hidden alcoves — the setting for a scene I must one day write. 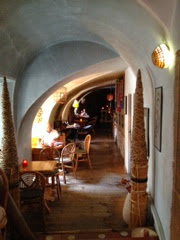 I search out Franz Kafka’s statue next to the Spanish Synagogue. Two English girls are taking their picture here and I get to tell them who he is. A writer whose name itself evokes the surreal reality of modern life. 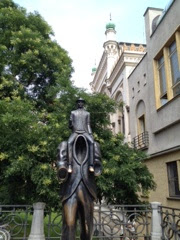 Surreal images accompany me back. 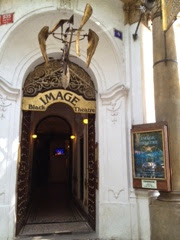 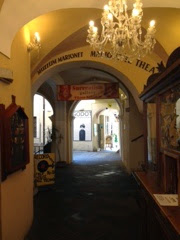 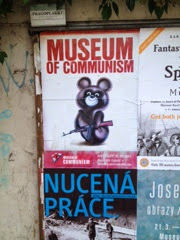 The last evening we finally walk back over the Charles Bridge. It is cool now and we buy some local handicrafts as gifts. A vendor tells us she wants to visit SF and see the “red bridge.” People touch the stone saints for luck and a cellist plays. 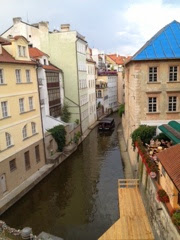 The light is dimming and we absorb the true beauty of Praha, impossible to describe. Impossible to capture by camera. 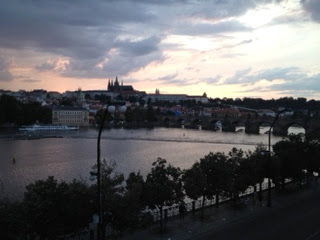 It is hard to leave this place, but we have a rendezvous with history in Budapest – and a train to catch. http://dianarchambers.blogspot.com/2014/08/europe-by-train-7-budapest-finding-past.html