As a wedding present for my niece, I compiled a book of my grandmother’s recipes with some old photos. I unearthed wonderful pictures of my parents and her and it became quite an emotional experience. Here they are, Mom, Dad, and Grandma, all so young. 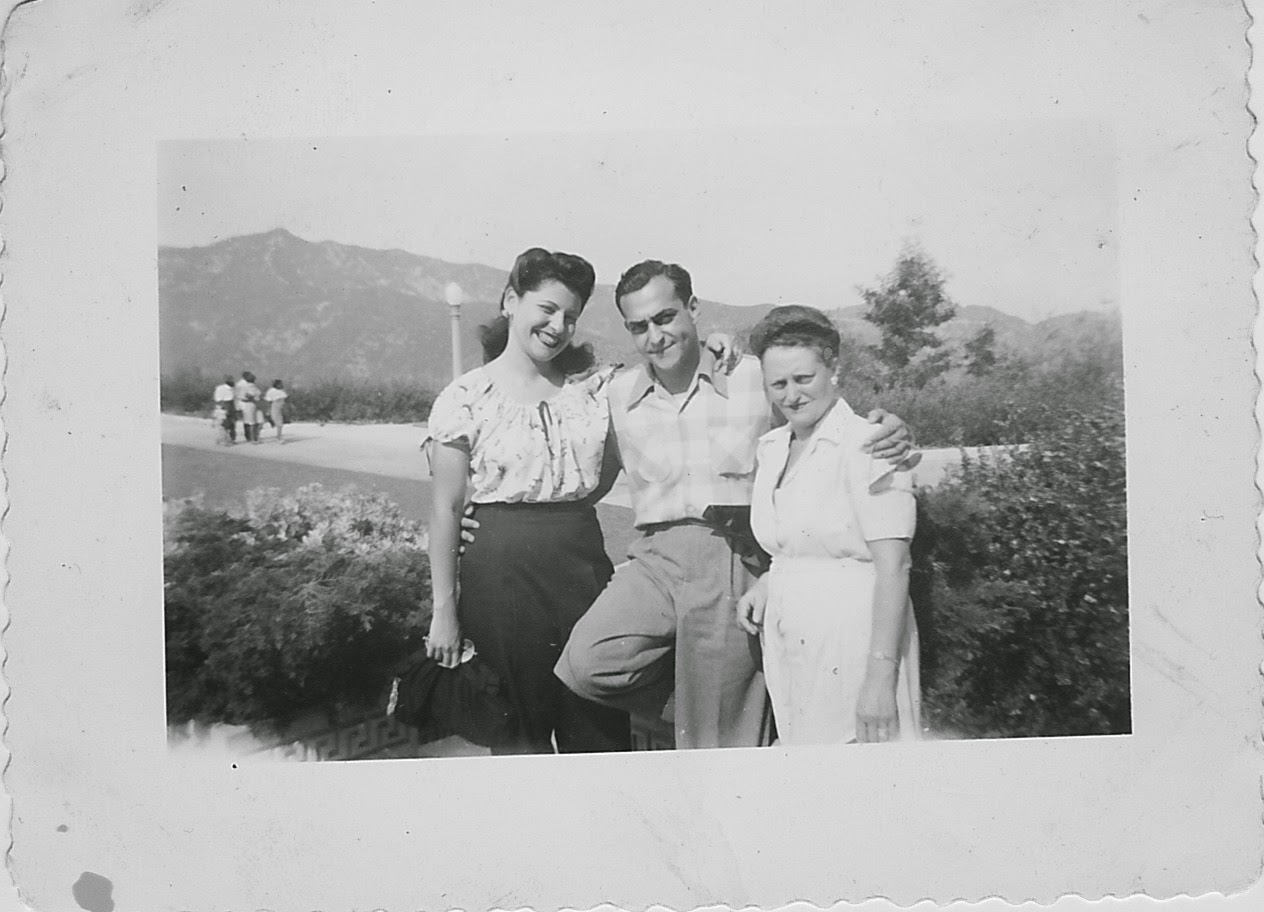 During the research, I came to know my grandmother in a whole different way. She even began talking to me…and dictated her bio:
My Life

It all began that day at Coney Island when I was smitten by the twinkle in Sam’s eye. But, of course, it really began fifty or so years earlier in Bialystok—Russia, at the time—when word went out that you could have a better life in America, maybe not so many wars and changing borders. So I was born in New York in July 1903. Three years later came the Bialystok pogrom.

Sam and I weren’t rich, but we weren’t poor, either. In the early years of our marriage, one of my rich relatives who’d stayed behind came to see how things were over here. I was cleaning house that day, maybe not in my best clothes, and I could see he was upset. “No wife of mine is going to scrub floors.” He returned home to what was Poland by then and that was the last I ever saw him.

We raised our sons, Arthur and Jerry, in Brooklyn and Cincinnati. When they were grown, we moved to Miami and later, San Francisco. I had to make new friends wherever we went, and did. We’d lived through the Depression and knew that when a job came along, you took it. I can tell you, though, that even when things turned better, I remembered scrambling for food, and for the rest of my life would never eat leftovers. No doggie bags for me!

Wherever we lived, I made a life, caring for my family and home, playing cards with the girls—and cooking. We took turns making lunch for each other, exchanged recipes and sometimes made improvements on the original. Then it was time to go home and start dinner. So many dinners, Friday nights, and holidays.

When we discovered cake mixes in the thirties, we thought they were the greatest thing since chopped liver. I was renowned for my lemon cake and—other than the girls—no one ever knew it was Duncan Hines. But what made it special was me, from my hands to my family. That was my gift. To them. To you.

Here are some of my desserts. Enjoy.