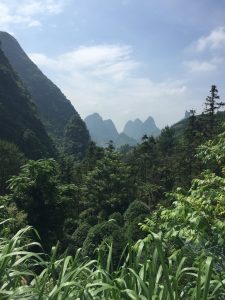 However, coming from Guangxi’s deep-deep south, I know these staggeringly beautiful mountains exist throughout the region and down to Vietnam. As far as branding, though, Guilin got here first. 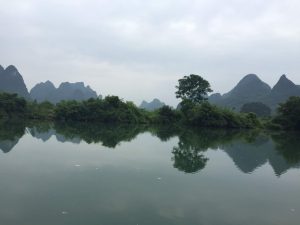 Whereas we stayed at a slick new resort in Nanning, here we have chosen the elegant yet homey Zen Tea House along the river. 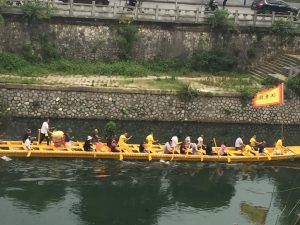 Just in time we arrive to see boaters practicing for the Dragon Boat Festival, a major Chinese holiday. 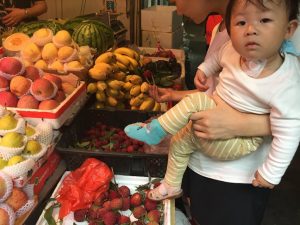 A lively hotel guide, Alice, takes us on a walking tour of the city, including its traditional covered market and trendy exterior mall. There are parks and universities, and the quality of life is one of the best in China. Many people are leaving the big, congested cities and choosing more tranquil yet cosmopolitan towns like Guilin. 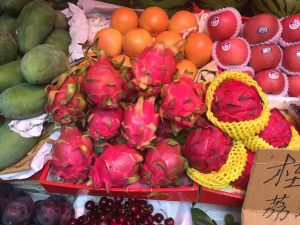 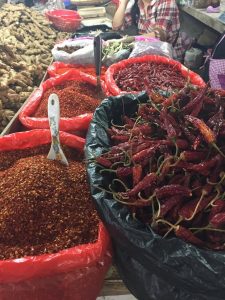 The next morning we leave with hotel guide Jackie for a day in the country. He is eager for us to experience the real China. We begin with “Husband Hill,” which bridal couples climb before their wedding for photos, hugely important here. It’s a very steep “hill” and I imagine hiking it in an elaborate gown or tuxedo. 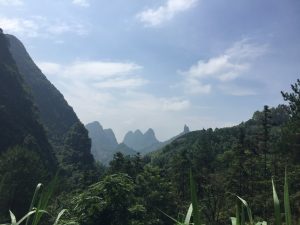 But such a backdrop for the memory book! 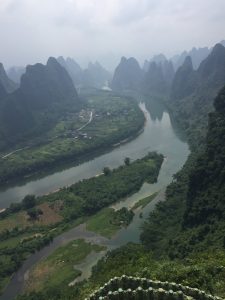 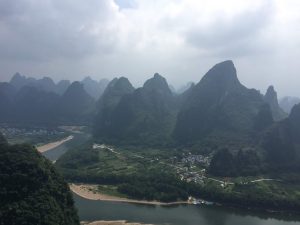 At the top, thoughtful Jackie prepares a traditional tea service. 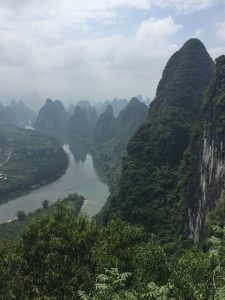 By noon we’re glad we going down, rather than up in the heat of the day. We drive further in the countryside to Yangshuo, a serene farming area with smartly managed tourism. We rent bikes and ride through rice paddies—it’s early July, planting season. Magical! 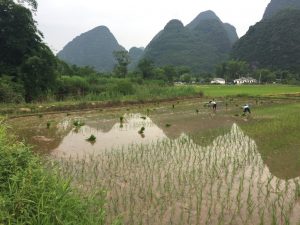 Lunch is in an old brick village at the edge of some fields. Across the lane is the restaurant kitchen and home, a mix of worlds. 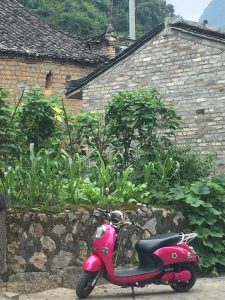 The beer was named for Bill Clinton, when he visited the area. 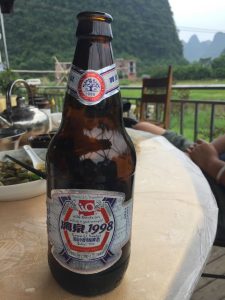 Now we’re off on a bamboo boat ride down the Yulong River. 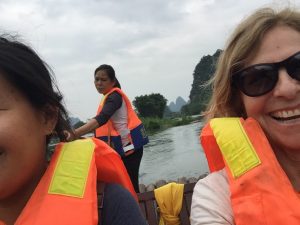 The waters are placid and gentle as we push off. 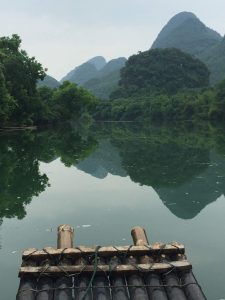 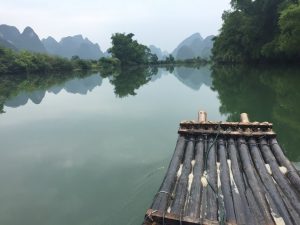 But things soon turn choppy as we rush down the rapids. 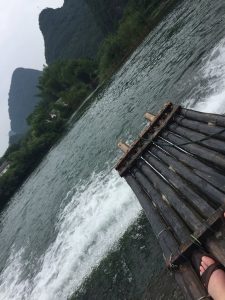 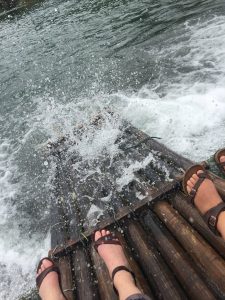 Before long, the river quiets, returning us to a state of timeless peace. 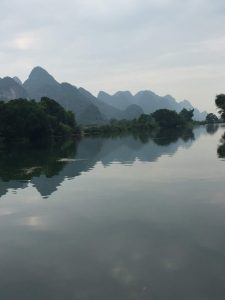 Too soon we reach shore, but a lovely shore it is. 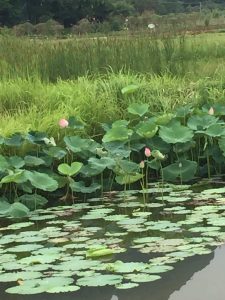 With a traditional water wheel. 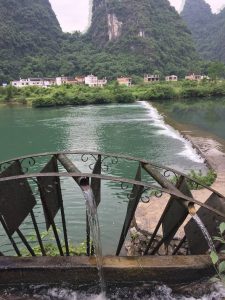 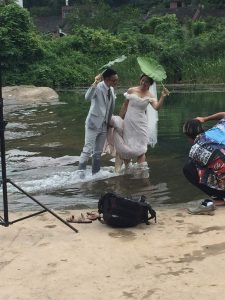 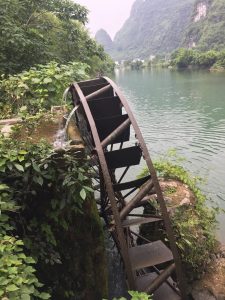