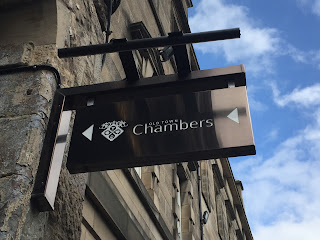 Down the street from Castle Rock, this was a perfect base of exploration. Here is the view from one of our windows. 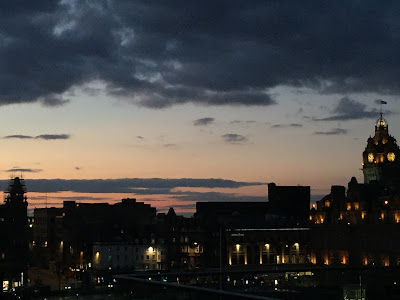 The next day we set off up the Royal Mile, which runs between Edinburgh Castle and Holyrood Palace, the Scottish residence of the British monarch. We turned down Lady Stairs Close (alleyway) to the Writers’ Museum. 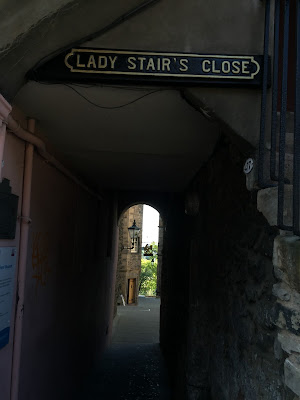 The Lady’s house is now a tribute to three Scottish writers, Robert Burns, Walter Scott, and Robert Lewis Stevenson. As a girl I loved Scott’s epic, Ivanhoe, one of the novels that set me dreaming of distant lands. 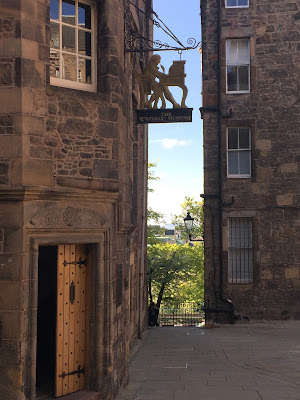 We climbed winding stairs designed to keep burglars out. 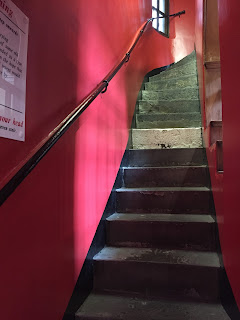 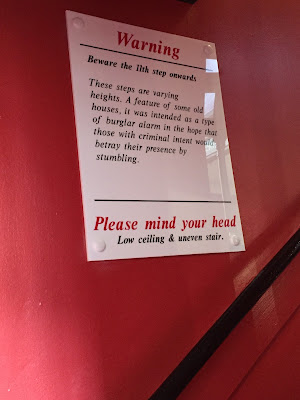 I imagined what treasures might lie in the locked attic. 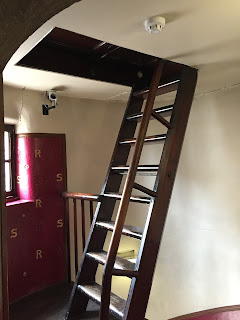 I was especially drawn to Robert Lewis Stevenson, author of Treasure Island and Dr. Jekyll and Mr. Hyde. The celebrity writer led a grand, adventurous life, traveling the world. After visiting the US, he settled in Samoa with his family, eventually dying there. He was known as Tusitala, Teller of Tales. 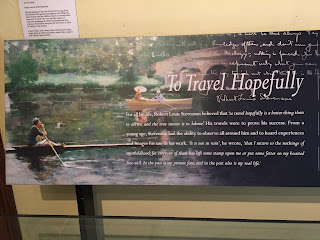 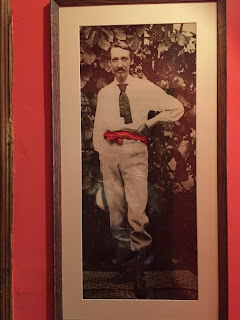 It was a blustery day, Edinburgh Castle stark and forbidding. 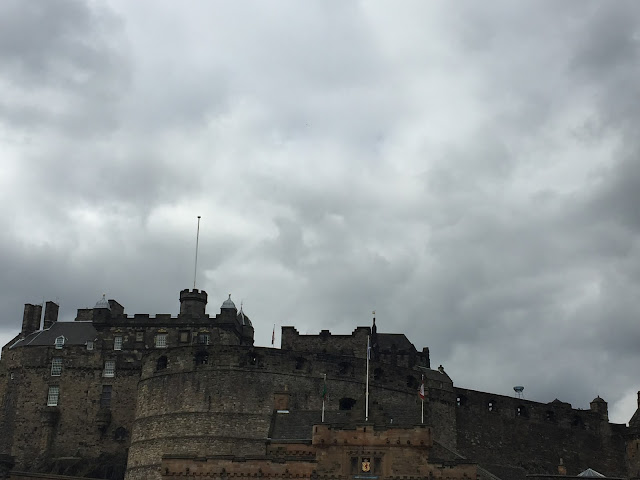 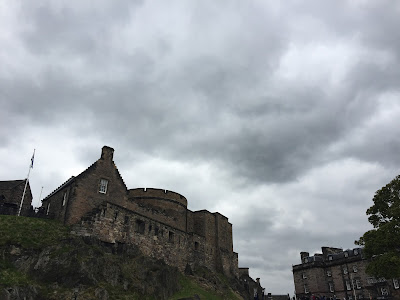 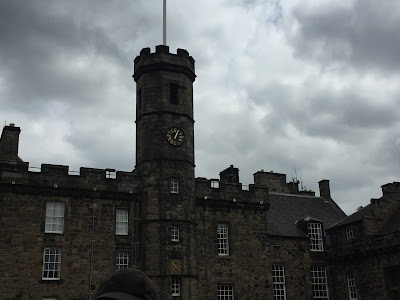 From here we could see the harbor and imagine ships coming to call from distant ports. 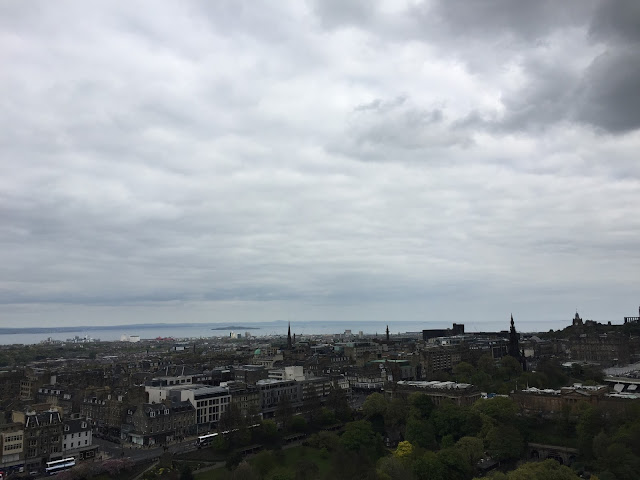 The clouds passed as we headed back down toward St. Giles Cathedral. 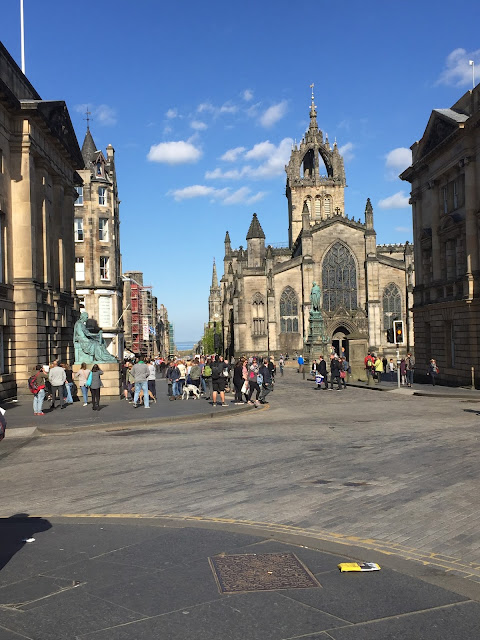 Inside was a memorial to lives lost defending the Empire in 19C India. 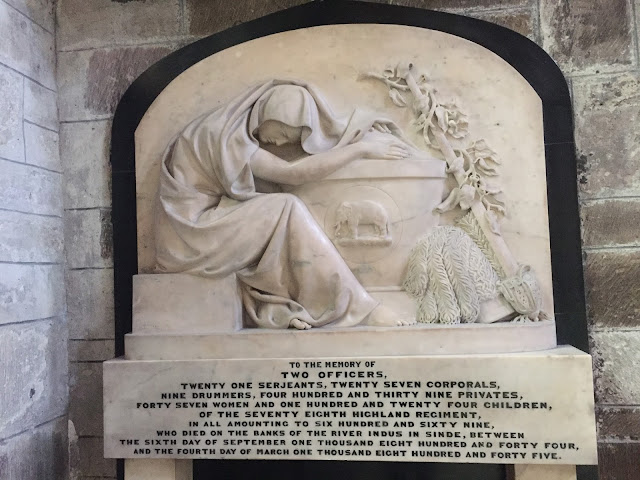 The next day I wandered around our hilly neighborhood, enthralled by the magical setting, which no doubt informed the world of J. K. Rowling. 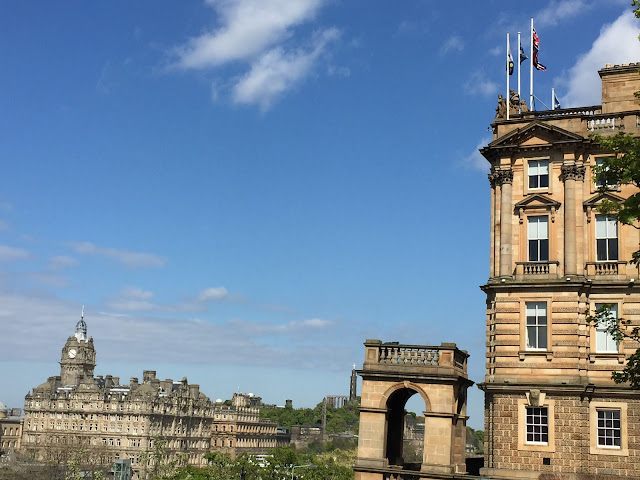 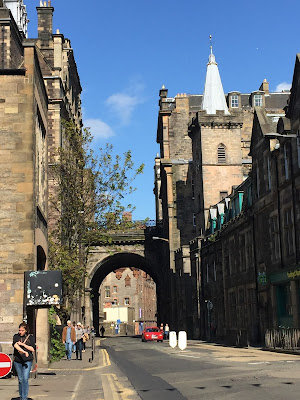 Mysterious angles beckoned at every corner, promising secrets to unfold. 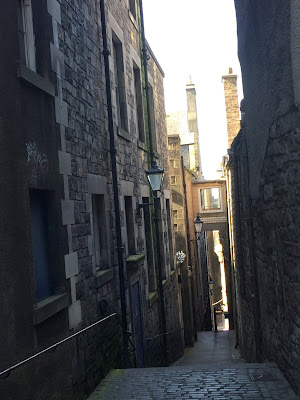 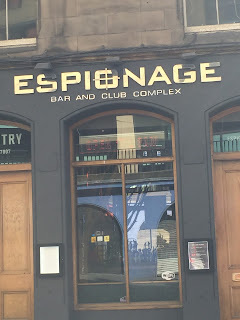 Peering through Advocate’s Close, I viewed the Victorian monument to Sir Walter Scott, the world’s largest monument to a writer. 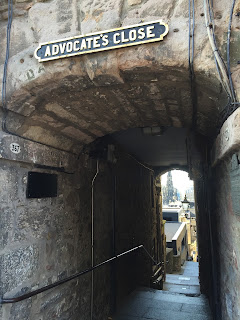 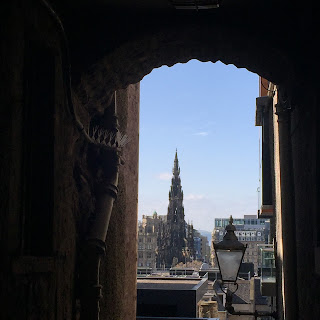 What a town! On this short visit, I was left wanting…More Edinburgh! More Scotland! The Festival calls me and the far mysterious northlands. But for now, it was time to connect through Heathrow and fly home. 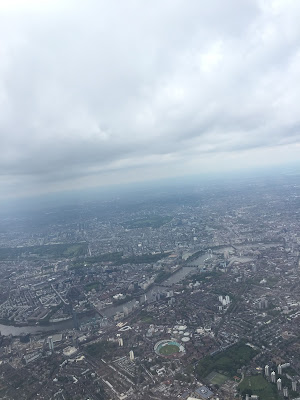 Coming next week: A recap of Europe By Train 2016