With Samuel Johnson’s famous quote in mind, I gorged on London museums, most free. I wanted to devour everything, an impossibly rich buffet. The British Museum is, simply, mind-boggling. With self-deprecating British humor, they state that here they display the best in the world, since the Empire had the world to plunder.

A controversial exhibit is the Elgin Marbles, a massive group of Athenian sculptures from the temple of Parthenon and Acropolis citadel. The British ambassador of the early 19C was given “permission” by the Turkish (Ottoman) ruler to remove many tumbled and crumbled pieces. These are now on exhibit, along with a fairly impartial history of Greece’s position regarding their attempts to reclaim them. I will not go there, except to say that both sides have valid points. Although Lord Byron called it looting–and the Greek government still does–the museum takes its role of custodian for these ancient artworks with utmost gravity. 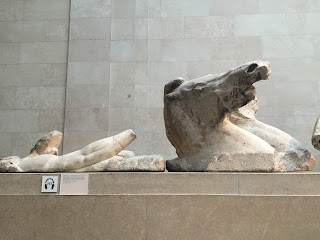 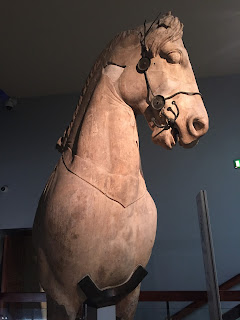 There is also a magnificent Asia collection. 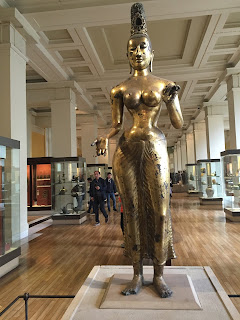 I am particularly fond of Ganesha, the Hindu god of good fortune. 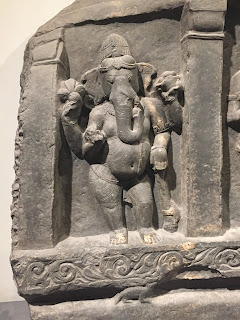 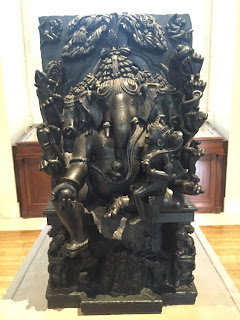 London is a theater town, bar none. One evening we went to see “A Curious Incident of the Dog in the Night-time.” Before the curtain, we strolled through Soho’s Chinatown. 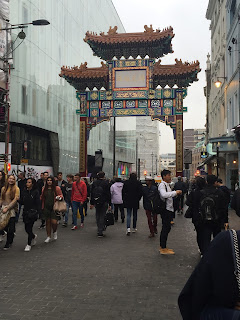 In the Gielgud’s lobby were some wonderful drawings of famous theater personalities. This is Noel Coward, who played the effete but was in fact a brave spy during WWII. 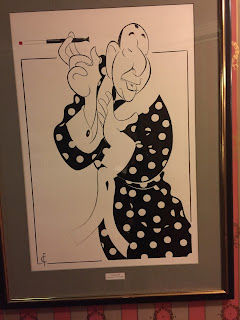 Here is John Gielgud as Hamlet. 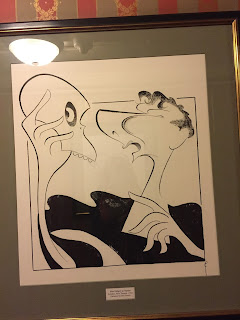 I paused to chat with Oscar Wilde. 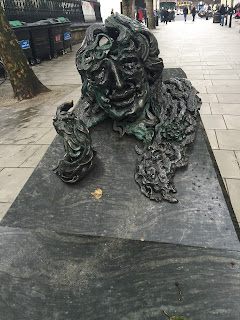 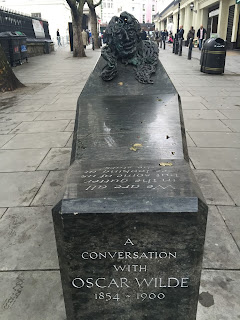 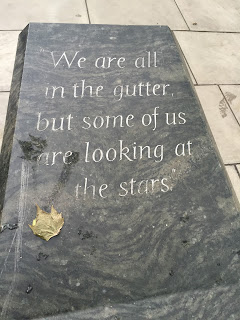 The Victoria and Albert Museum is in a class by itself, quirky and crafty. The entry hall marries modern and traditional with a gorgeous Chihuly glass sculpture. 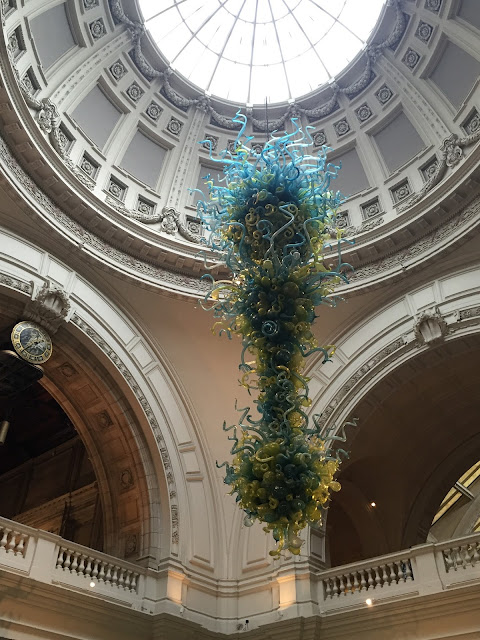 One of my favorite pieces is this wood carving from the collection of Tipu Sultan, the powerful, late-18C “Tiger of Mysore.” I imagine when British officials of the East India Company came to call that nervous laughter ensued. 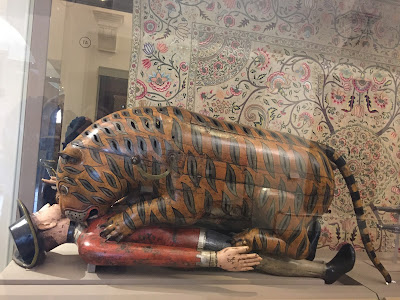 The maharajas were patrons of the arts. Look at this beautiful instrument! 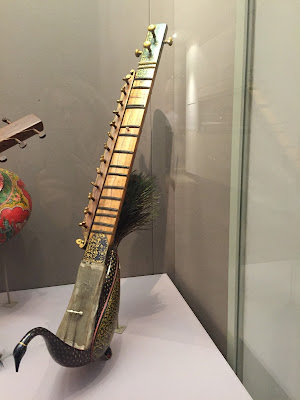 In the Islamic world, the purdah screen became its own work of art. This is carved sandstone. 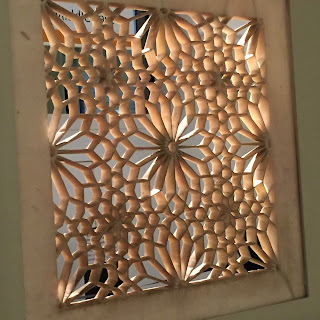 I also admired this samurai. Look at his tabi-clad feet. 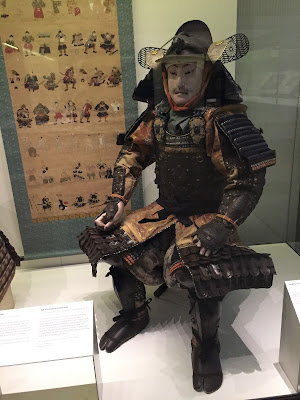 There are so many nooks and crannies at the V&A, always something to discover. In a back corner, we came across this old spiral staircase. 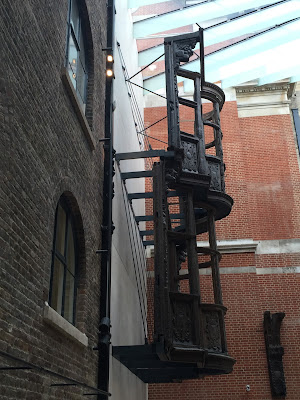 Plaster casts of many important art pieces were collected for art students and archival purposes. Here is David. 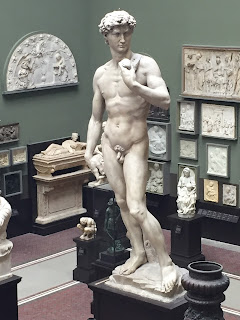 Wouldn’t we all love to spend some time here ? 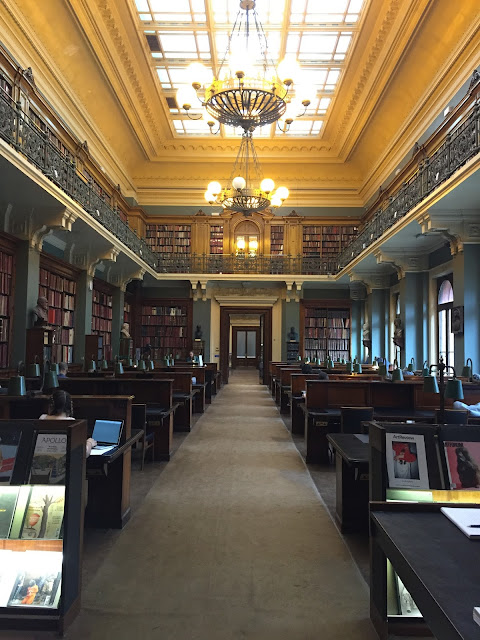 And wouldn’t we love the many lifetimes it would take to feast at the table of London?! 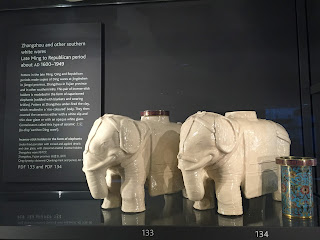 Next stop: Dublin, By Train and Ferry http://dianarchambers.blogspot.com/2016/08/europe-by-train-trainferry-to-dublin.html