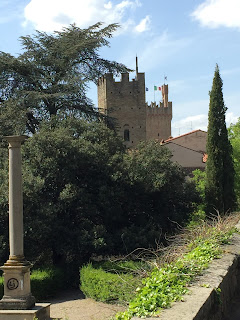 It was hard to leave Rome, but time to move on. Bidding the great city arrivederci, we boarded our train at the mammoth Termini and two hours later reached the Tuscan hill town of Arezzo. 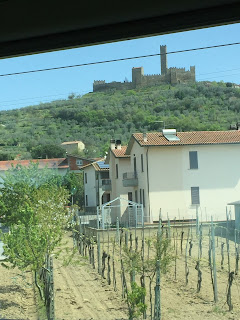 A fellow traveler, a journalist, told us he lives here and commutes to Firenze, about thirty minutes north. Quelle vie, as the French say. What a life! 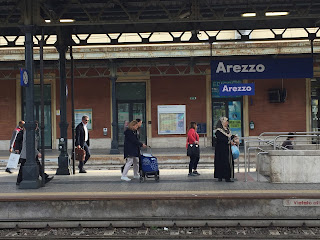 From the railway station we climbed the flagstone street to the Old Town. Turning right at the summit (we thought!), we passed the Basilica di San Francesco, known for its sublime Piero della Francesca frescoes. 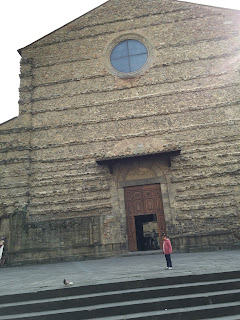 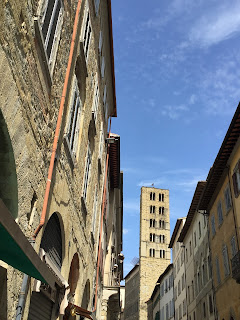 Two doors down via Cavour is the Graziella Patio Hotel. Small and welcoming, it has seven rooms, the décor of each inspired by traveler and writer Bruce Chatwin. Once we’d dropped our bags it was out to lunch in the square opposite the church. 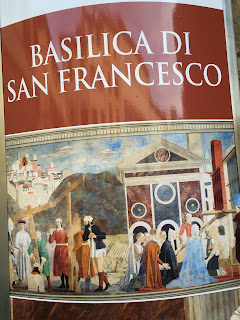 Avanti. Another uphill jaunt led to the town’s Piazza Grande, the former marketplace so worthy of its name with its dramatic scale, elegant churches and arcades. 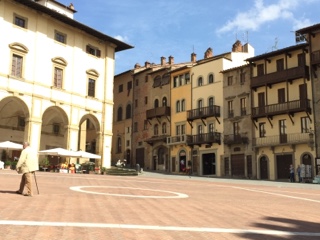 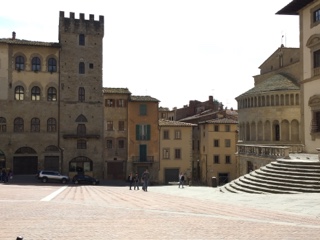 A group of college students gathered near our café outside Santa Maria della Pieve, a thousand-year-old church rebuilt over the ages. 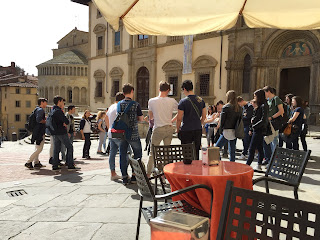 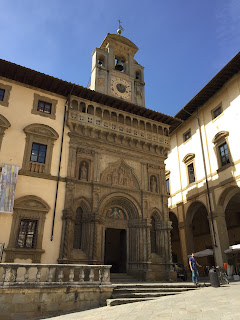 After a much-needed espresso, we continued upward… 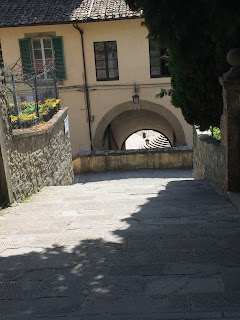 through narrow cobbled lanes to another summit crowned by tumbling wisteria. 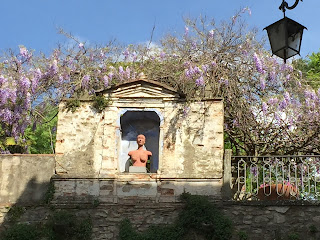 Further up the San Donato hill, I spotted the medieval citadel, Fortezza Medicea, 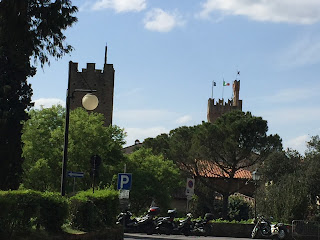 and the Cattedrale di San Donato. 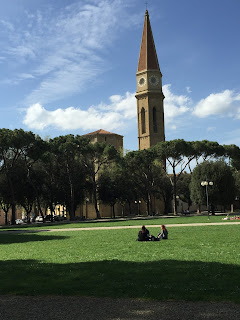 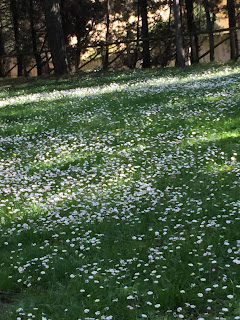 Its park-like grounds were dotted with flowers and people enjoying the spring day. At the rear of the meadow I peered over ancient stone walls at the Arno valley below. 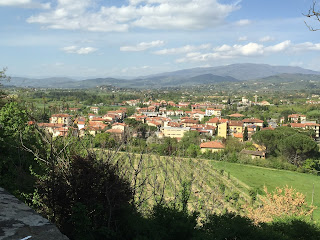 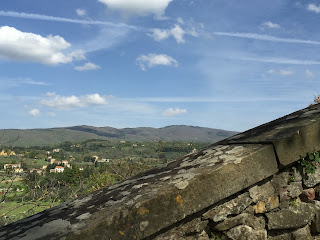 I wandered back down winding lanes, past the San Domenico church, humble and sturdy, more Italian kids studying their past. 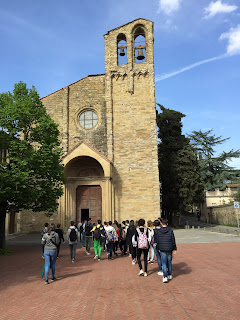 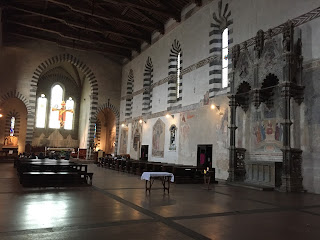 I marveled at the beauty of this town that draws art lovers and students. Thinking of all the other lives I long for, I passed a witty hillside “pasture” … 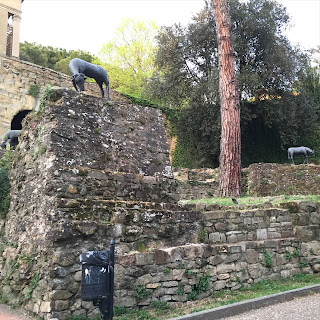 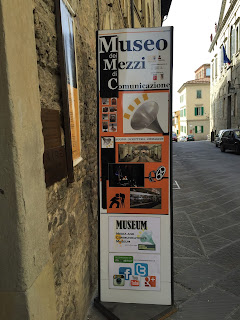 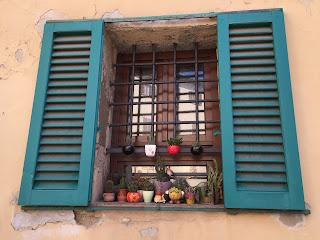 and this Vespa that made my heart go pitter-patter. 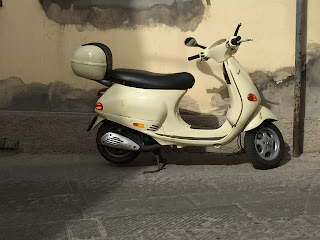 It was time for my visit to the St. Francis basilica, where 15C Renaissance painter, Piero della Francesca, created his serene frescoes, The History of the True Cross. The wood-beamed church is calm, its age comforting. 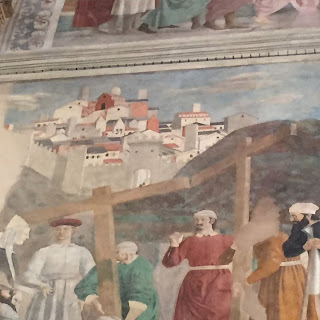 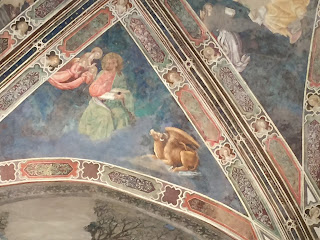 Later, beckoned by lights at the end of a darkened lane, we ate dinner at a homey osteria…Rome already behind us. 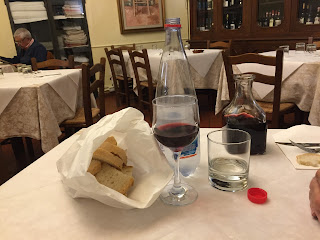 Tuscany is seductive that way. There is only one Rome, but the beauty of this hill country is like no other. 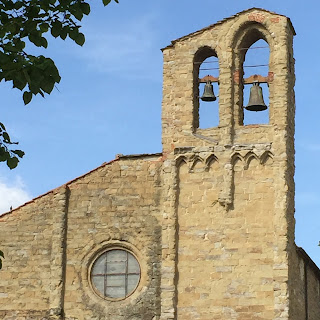 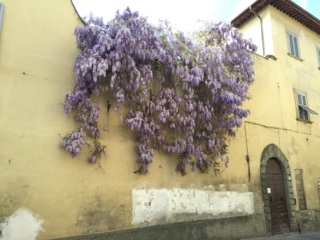