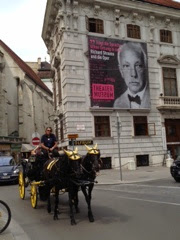 Imagine you lived in a 600-year-old kingdom, Austria-Hungary, which ruled a vast swath of central Europe, its own world of high culture, literature, art, and music. And then one day at the end of the Great War, you awoke to see your grand imperial city, Vienna, reduced to the capital of a small, powerless state. 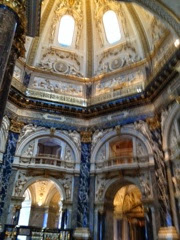 This is the story of Austria in the last century. It would have been a bitter moment that nourished the dreams of at least one Austrian, Adolf Hitler, to ally with another great people and reclaim past glory.
Located at a crossroads of Europe, Russia, and the Middle East, Vienna is now a UN center – where peoples of every culture come to debate, decide, mingle, and shop. Its brand-names and boulevards draw legions of Islamic women in an array of hijab from black veils and gloves to chic turbans, tunics, and leggings. Men in cargo shorts cross paths with ones in lederhosen. And everyone eats gelato.
The great Kunst Historisches Museum offers a sampling of the fabulous Hapsburg treasures in a sumptuous palace of Western art built only twenty years before their fall. The richness of the building almost overshadows the art, but Vermeer, Brueghel, Rubens and Rembrandt manage to hold their own. 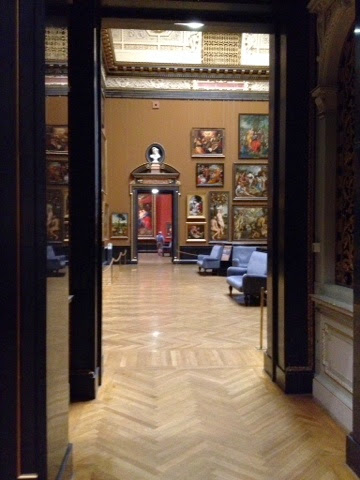 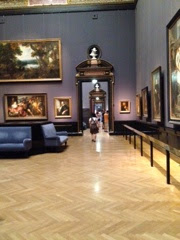 I discover the 16C Italian Mannerist painter, Arcimboldo, whose work has a bit of a psychedelic quality. This is Flora. After she was impregnated by the wind god, Zephyr, the world burst into blossom. When you look closely at the portrait, you will see that she is composed of all flowers. 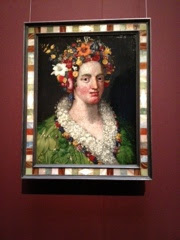 In contrast with the museum’s baroque splendor, the city’s modern aesthetic is simple and elegant, from her markets’ pristine food arrays to our stylish small hotel, Holmann Beletage, where we feel like house guests of a witty host. 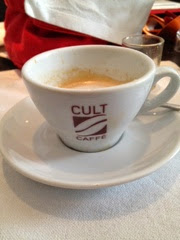 One evening, we enjoy a screening of The Third Man, set in post-WW2 Vienna. 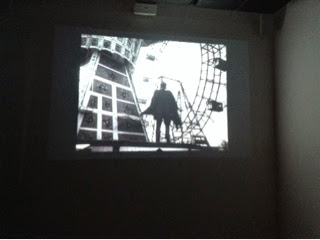 From our Old Town base, our wanderings take us from the Danube canal through streets that all meet at St. Stephan’s… 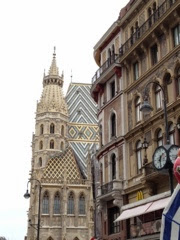 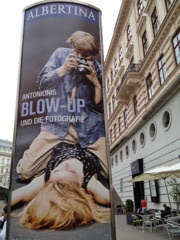 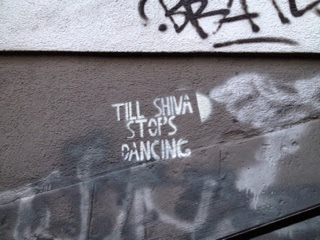 To winding back lanes where I love to lose myself. 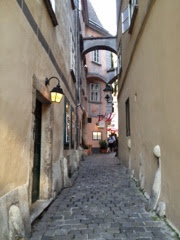 Then once again, we have a train to catch. 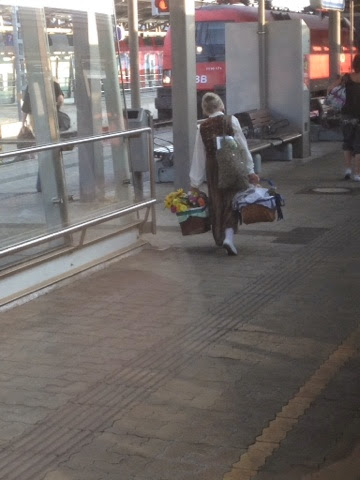